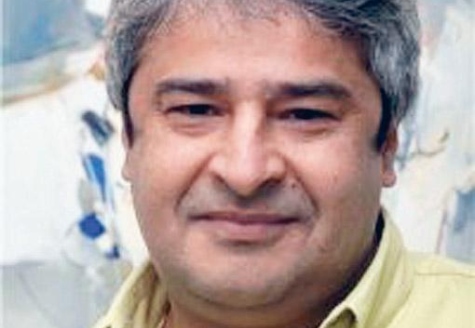 ISLAMABAD: Sardar Ayaz Sadiq’s victory as National Assembly Speaker was not without surprises.

The biggest shock was the betrayal of PTI’s partners in Pakhtunkhwa. Both Jamaat-i-Islami and Aftab Sherpao voted for Ayaz Sadiq. It is elementary: PTI had 29 electoral votes in the House (the missing included Imran Khan’s three seats, one each vacated by Javed Hashmi, Pervaiz Khattak and Asad Qaiser). The PTI got 31 votes as independent Zain Elahi (Pervaiz Elah’s nephew elected from Attock) and Sheikh Rashid voted for it. It just shows the fragility of the PTI government in Pakhtunkhwa. Next time, the allies might jump the ship if Nawaz Sharif gives them a wink. So much for Imran Khan’s trust in ‘Jamatias.’

This also means that we might just have to live in ‘old Pakistan’ for a while as the PML-N refrain for Imran Khan seems to be the un-translatable line from Maula Jatt: nawan aayan hain sohnya.

That the PPP withdrew its candidate was generally seen as a positive gesture by the PPP to affirm its support for the custodian of the House. But the cynics in the Press Gallery interpreted it as PPP’s payback move for yet another ‘friendly opposition.’ The more evil-minded went a step further. The PPP wants to appease the ruling PML-N, a colleague was heard saying. Remember the PPP top brass and their relatives are embroiled in criminal cases. It might just be another way of saying to Mian Sahb: “Bhaijan, hath hola rakhna” (keep it light, mate).

It made sense that Fazlur Rehman’s JUI also voted for Ayaz Sadiq. The Maulana still wants to be adjusted in the government. However, the wish list might have come down from the foreign ministry to, OMG, tourism.

The selection of Ayaz Sadiq as the Speaker evoked some interest. Initially, his name came up as minister for railways. But the party felt they needed a macho as Khawaja Saad Rafiq to deal with the Railway unions if the department is to be reformed. So Ayaz’s name was dropped.

Ayaz is a modest person who keeps a low profile. How did he get this high-profile job? Many think he was rewarded as the slayer of Imran Khan in Lahore. Others think he impressed Nawaz Sharif by delivering six independent MPAs from Balochistan. Still others think that it was his plain loyalty that got him the job. He is the ‘yes-sir’ kind who will not give any trouble. Even Gohar Ayub, in his time, showed occasional hiccups of independence.

But the grand occasion was dwarfed by Mahmood Khan Achakzai’s opening speech in the new National Assembly. It was a class that matched the tradition of great parliamentarians. Monday was reserved exclusively for the elections of the Speaker and his deputy. But it was Mahmood Khan’s stature that, once he got up to speak, he could not be refused.

It would have seemed as plain rhetoric if articulated by any other person. But the call to his fellow parliamentarians to “honour the oath to protect the Constitution” meant something special. He sought pledge from political parties not to enlist any member who may have sided with a dictator.

Now, half of the members fell in this category, depending on whether you take the cut-off date from the 1960s, 1980s or the most recent Musharraf-era. In fact, the biggest chunk of the

‘betrayers’ sitting behind Nawaz Sharif thumped the desks the most loudly. Khawaja Asif was quick to support Mahmood Khan. The Khawaja is on record swearing in the House that he would never sit with a dictator, even admitting that his father was wrong to side with dictator Ziaul Haq.

This was going quite well – a nice beginning to a new National Assembly. Trust Chaudhry Nisar, he could not digest seeing Khawaja take the lead in the presence of, well, shadow prime minister.

This encouraged everybody to jump in from Farooq Sattar to Maulana Shirani. It was funny when Zafarullah Jamali who called Musharraf his “boss” also joined the sermon in his peculiar wit that even his family cannot understand. The finale came from, god forgive us, Ejazul Haq. We had to endure a sermon on the upholding of the Constitution from the son of Ziaul Haq. Such hypocrisy it was to see the largesse of Musharraf beating their desks feverishly on democracy, oath, honour and all such ‘crap.’

Thankfully, Shah Mahmood Qureshi put an end to this sham exercise by pointing out that it was easy to implement the decision by enforcing Article 6 of the Constitution. The obvious hint was to dare the PML-N to suggest the courts to try General Pervaiz Musharraf for treason. Hush — nobody thumped a single desk this time.

The discussion became more important amidst rumours that Musharraf will be bailed out today to leave for Dubai a day before Nawaz Sharif becomes the prime minister. Nawaz Sharif definitely confronts hard choices. The biggest issue is the cabinet. All that rhetoric about forming a clean team for ideal governance pales down when you have to adjust battalions of ‘electables.’ The issue is that either you can have a good government or adjust biradris, clans, regional and provincial blocs. And you cannot avoid traditional ways when you come to power through the same traditional people and tactics. The choice of provincial governors is equally challenging, particularly in Pakhtunkhwa and Sindh. Who will be the person looking after the troubled Fata? Will it be a Sindhi or a Muhajir governor in Karachi?

So far, Nawaz Sharif deserves credit for selecting Dr Malik as the Balochistan chief minister. This may have lessened half his problems in the troubled province. He will get credit if Dr Malik-led government delivers but he can always distance away from any discredit and change the CM at any stage. Trust Mahmood Khan, he will make sure that his recommendation delivers.