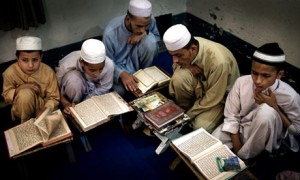 A few days ago a case reported from a Dharavi madrassa in India, in which a 9-year-old student was sexually assaulted, has prompted a section of the community leaders to call for monitoring of madrassas. Earlier this year in January, in India, a 70-year-old madrassa priest at Govandi was arrested for raping a 13-year-old and circulating a video clip of the act.

This reminds me when I was a little boy and my mother told me that I had to go to Madrassa for learning the Quran by rote. I was quite shaken as I had heard many horrific stories about Madrassa. While my father was able to convince my mother to not to send me to the Madrassa in question the horror I felt is still stuck in my mind.

It is amazing to think how the word Madrassa has been degraded by the modern Muslim experience and conduct. Madrassa is an Arabic word for school, which refers to any type of educational institution, secular or religious, and for all levels such as primary grades through post-graduate school. At the higher-education level, madrassas are attributed to be the model for early European universities, including their method of funding, a type of charitable trust. Madrassas also contained the world’s first law and medical schools. Scholastically, the typical Islamic madrassa curriculum includes: Arabic; Tafsir (Quranic interpretation); Sharia (Islamic religious law); Hadith (the recorded sayings and deeds of the Prophet); Mantiq (logic); and Muslim History. Some also provide advanced courses in Arabic literature, foreign languages including English, science, and world history. Males and females are educated separately. Socially, madrassas are public service providers, offering orphans and poor children training, education, and free room and board. Without the madrassas, these children may not otherwise receive any formal education because both private and state-run schools in most Muslim countries would be cost prohibitive.

However, in the latter day lexicon madrassa has become more identified with terrorism and fundamentalism than with knowledge and academia. Unfortunately, the misgivings about madrassas are not totally misplaced.  As early as the late 1970s, Afghanistan madrassas started devoting less time to academic instruction in order to focus on training religious fighters for their war with the Soviet Union. Later, many of these same madrassas trained religious fighters for the Taliban. The supporters of madrassa education argue that madrassas continue to accomplish their original purpose of providing academic and religious instruction, whereas the critics argue that the fact that students are not presented divergent world views can result in intolerance toward those who believe and live differently than they do. Saudi Arabia funds many madrassas throughout the Muslim and Arab world. Obviously every Islamic teacher is not going to be some lunatic ready to slap 5-year-olds up who can’t memorize to their satisfaction, but it is still a big problem from Indonesia to the UK. Is hitting children, while trying to teach them, from Islam? I don’t believe so. 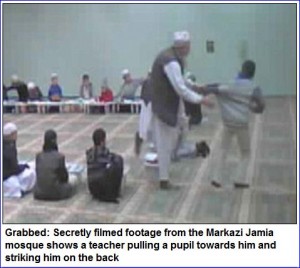 While most madrasas are for male students, there has been seen an increase in all-female madrasas in recent years. For example, in 2012, there were about 2,000 registered female madrasas in Pakistan. Overall, India, Bangladesh, and Pakistan continue to struggle with the growing problem of illegal madrasas. For example, intelligence officials in India, a secular country, estimate that there are nearly 9,700 madrassas in the country that have been built without proper authorization. American diplomatic cables have revealed Saudi Arabian and United Arab Emirate donors to be spending $200 million a year to fund a Pakistani network of jihadist religious schools. While these Islamic schools — known as madrassas — are better known as places to recruit and train young boys and girls as terrorist fighters and suicide bombers, they have other equally disturbing uses. Most of the funds in question were sent to madrassas in Pakistan’s Punjab province. At the same time Pakistan turns an appalling blind eye to the issue at both federal and the provincial level. 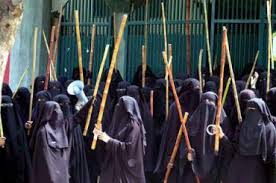 Once registered in the madrassa, children would then be secluded from direct contact with the external world and taught sectarian extremism and hatred for non-Muslims. After several months of brainwashing, they would then be sent to more recognized training camps before going on to wage jihad, either as combat insurgents or as suicide bombers. So successful are madrassas as jihad producers that it has been reported that all the leaders and cadres of the Sipah-e-Sahaba Pakistan (SSP), Lashkar-e-Jhangvi (LeJ), and Lashkar-e-Tayyaba (LeT); 90 per cent of the Taliban’s leaders and cadres; and 70 per cent of the leaders and cadres of the Harkat-ul-Mujahideen (HUM) and the Harkat-ul-Jihad-al-Islami (HUJI) are madrassa alumni. While as the hubs of anti-Western hate madrassas litter the entire Muslim world, the ones in Pakistan are the most extensive and well organized. While Pakistan’s government accounts for 12,421 registered madrassas, the estimates of unregistered madrassas range from 25,000 to 45,000 with a student population between 1.6 and to 2.4 million. Moreover, Pakistan’s Islamic jihadist schools are home to the largest contingent of foreign nationals, hailing from such places as Afghanistan, Malaysia, Thailand, Myanmar, Uzbekistan, Tajikistan, Chechnya, Yemen, Somalia, Bangladesh, Tanzania, Australia, Western Europe and North America. Evidently, not all madrassa graduates go back to their own countries as driven jihadi terrorists. Instead, they use a priestly role in the mosques of their respective countries to expound hatred against the West and the killing of Jews and Christians. Part of that comes from the economically and technology stagnant background of most madrassa recruits. Unfortunately, the other part comes from the fact that many madrassas have less to do with promoting jihad than with promoting the sexual predilections of its leaders. 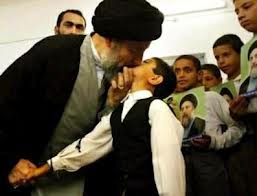 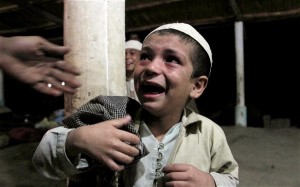 So, while madrassas’ reputation as jihad incubators may be well earned, experience such as in the above case evinces that madrassa also serve as useful fronts for a serial collection of sexual predators and paedophiles, places where beatings, rape and imprisonment are common. In some of the madrassas, madrassa teachers have admitted that “it is a practice to chain students.” Worrying reports from some of Pakistan’s madrassas include a 12-year old boy mutilated with a hot iron for declining sexual advances by a teacher; a 14-year old boy soaked in acid for rejecting sexual intercourse with a cleric; and a 3-year old sexually assailed by a teacher. Compounding the horrific issue is that some of the children’s parents often don’t know the true intent of their child’s madrassa. For example, one illiterate father in Pakistan had thought he had signed a document giving his family “charity money” but instead had signed a marriage certificate betrothing his 9-year old daughter to the head cleric of her school. What compounds the problem is that, dispensing punishment to the perpetrators of these crimes is not that simple. A 13-year old Pakistani boy, who had complained of being sodomized for several weeks by an instructor, reported the incident when doctors found signs of sodomy on his body. However, when the cleric in question was taken into custody, several hundred of his supporters stormed the jail and secured his release. In another episode in Karachi, Muhammad Askoroni’s mother noticed a bite on the 10-year-old boy’s neck. The child started crying and vomiting when asked what happened, said his mother, Dil Jauher. The boy says a cleric at his madrassa sodomized him after evening Quran classes. Meanwhile, there are a plethora of other narratives that are equally disquieting: beatings, rape and imprisonment with shackles and leg irons. 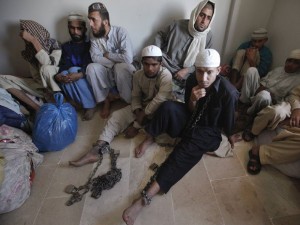 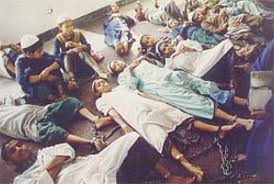 While the incidents I began with relate to India, if Islamic institutions ever face a reckoning over sexual abuse –such as the Roman Catholic upheavals in recent years– it could begin in Pakistan. A couple of years ago, a Pakistani official stunned his nation by officially disclosing more than 1,500 complaints of sexual assaults against young boys studying in madrasas. But there’s been little progress since. However, the situation is no better elsewhere. Even in Britain, madrassas have faced hundreds of allegations of physical abuse in the past three years, according to BBC. But only a tiny number have led to successful prosecutions.

There are calls for the governments around the world to take action and to stop Saudi and Gulf funding for such madrassas all over the Muslim world and also across the western countries. Without a strong and effective vigilance that only teaching takes place in these madrassas and not sexual or physical abuse, we will continue to destroy the lives of millions of young people who are not even prone to becoming jihadists. We have to strive for an environment where the victims can come forward, the parents feel comfortable to support them, the witnesses feel comfortable to vouch, and the criminal justice professionals address these incidents in earnest.