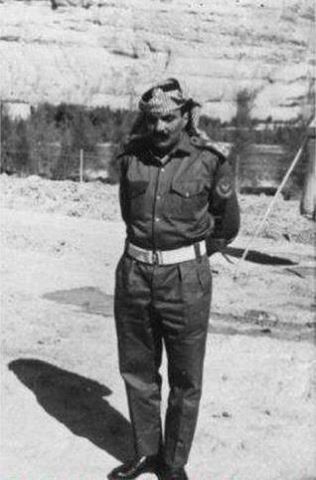 During Black September, the head of Pakistani training commission took command of the 2nd Division and helped slaughter around 25,000 Palestinians. Zia ul haq was later awarded Jordan’s highest honor for the services rendered. Black September resulted in the deaths of tens of thousands of people, the vast majority Palestinian. Armed conflict lasted until July 1971 with the expulsion of the PLO and thousands of Palestinian fighters to Lebanon.

Zia remained posted in Jordan from 1967 till 1970 as a Brigadier, where he was involved in training and leading Jordan’s military where he commanded Jordan’s 2nd division. He helped late. King Hussain of Jordan in ‘cleansing’ the so-called Palestinian Insurgents, Zia and Hussain butchered many innocent Palestinians in the name of Operation against Black September. Zia’s troops were heavily involved in street-to-street urban fighting and are credited with killing scores of Palestinians.

The intensity of bloodletting by Zia ul Haq and King Hussain was such that one of the founder father of Israel Moshe Dayan said:

“Hussein (with help from Zia-ul-Haq) killed more Palestinians in eleven days than Israel could kill in twenty years.”
http://mianwaheed.blogspot.com/2013/04/mard-e-momin-ameer-ul-momineen-hazrat.html