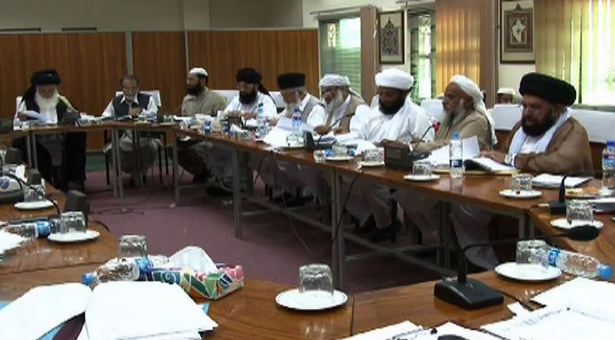 The Council’s verdict exposes the folly of the so-called developed world where DNA evidence is a key tool for law enforcement’s investigation and prosecution of a sexual assault case. It is used to prove that a sexual assault occurred and to show that the defendant is the source of biological material left on the victim’s body. Offender’s DNA is considered an important part of the forensic medical examination packaged in a sexual assault evidence kit (sometimes referred to as a “rape kit”). We are confident that with time the world will acknowledge the Council’s under-recognized genius in framing modern laws from dazzling abstractions and allegories, in particular, infusing fuzzy fields of law with a warm soul-ache for the innocent men accused of rape by malicious women. After all the rational streak in cerebral learned men demands that no amount of evidence in the world can negate the possibility that a woman may be lying in claiming herself to be a rape victim. Hence certain fastidiousness must be summoned to impede justice’s way to doubtful decisions against innocent men.

To the problem of the world and science’s “changeability”, Council’s solution has not been to cherry-pick the best and latest developments in the fallible human knowledge but rather focus on the largely unaltered body of work left behind by some of the renowned 7th and 8th century Islamic jurists in order to superimpose a measure of coherence and tradition in administering justice.

In another unrelated stroke of brilliance the Council also opined that Islamic terms like ‘Allah’, ‘Rasool’, ‘Wahi’, ‘Salat’ should be used as such, without any translation, in the country’s curricula. Thus through this momentous Islamic empowerment of the text books the Council will become an important religious influence on the next generation of the country’s fabled Islamists.

That is how most of our countrymen see the Council: as an important influence and an authority in its own right. It’s easy enough to see why. It includes great scholars and teachers, regarded very highly by the world for their lives’ work, which is routinely placed front and center in the world of learning. When it does opine in important matters, its decrees have a bursting, haphazard quality, like hose water pressurized by a thumb. While the Council ceaselessly endeavours to enhance people’s ability to know and understand the teachings of Islam; unfortunately, the variety, the knowledge, the restlessness, the thrusting energy, and the constant experimentation in its work have never ended up laboring against those responsible for perpetrating terror in Pakistan.

The Council also opined that the country’s existing blasphemy laws do not need any amendment.

Some of the Council’s the previous strokes of brilliance include the approval of Hudood Ordinance and the declaration of padded bras as Devil’s Cushions.
May the Council continue to flourish in its remarkable efforts to restore sanity to some of the modern legal follies and to ensure that our textbooks retain the core of divine expressions.

ISLAMABAD: Council of Islamic Ideology (CII) has said that DNA as primary evidence is not acceptable in rape cases, however, the council added that it could only be used as secondary evidence.

A meeting of CII headed by Maulana Muhammad Khan Sherani was held here on Wednesday. The council said that DNA test is not acceptable but it could be considered as supporting evidence in rape cases.

The CII said that Islam sets procedures to determine crime cases of rape.

The council said that the existing Blasphemy Law should not be amended, saying that all the Prophets are equally respectable.

It declared that human cloning is prohibited.