Few non-Muslims are running in Pakistan’s planned election, which critics say reinforces non-Muslims’ status as a poor underclass there.

by Aamir Saeed, written for UPI.com 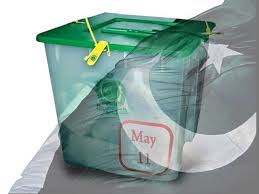 Pakistan’s major parties are ignoring Christians, Hindus and other minorities as potential candidates — neither the ruling Pakistan People’s Party of slain ex-leader Benazir Bhutto, nor its rival, the Pakistan Muslim League, the party of former premier Nawaz Sharif, have non-Muslims on their national parliamentary tickets.

There are non-Muslim candidates, but they are concentrated outside these two parties.

Meanwhile, the Karachi-centered Muttahida Qaumi Movement party, whose leader, Altaf Hussein, is in exile in London, has outdone all other parties by nominating non-Muslims for 26 national and provincial legislature seats.

“Our party doesn’t believe in the term ‘minority’. All party workers are treated equally regardless of their religion, caste or creed,” Wasay Jalil, a member of the Muttahida Qaumi Movement’s Central Information Committee, said.

No non-Muslim has ever held a general parliamentary seat in Pakistan’s 66-year history.

She termed non-Muslims “our brothers and sisters,” saying, “We are here to stand by them through thick and thin.”

Electoral politics, though, “is quite a different thing,” which is why the party has only nominated one Christian candidate, she said.

Naila Joseph Dayal, a Christian running as an independent candidate for the National Assembly, the lower house of Pakistan’s parliament, said discrimination against non-Muslims is keeping them from voting.

“The political parties fear a backlash from religious extremists if they award (election) tickets to minority candidates for general seats,” Dayal said, referring to the process of selecting candidates.

“No political party has the courage to speak against religious fundamentalists. I’m contesting the election just to record my protest against all mainstream political parties,” said Dayal, who heads the Christian Progressive Movement.

More than 95 percent of Pakistan’s 193 million people are Muslims, according to the CIA’s World Factbook. The 3.5 percent who follow other faiths include Hindus, Christians, Sikhs, Jews, Buddhists, Bahais, and Parsis. The figure also includes Ahmadis, members of a minority Islamic sect considered heretics by Pakistan’s majority and labeled non-Muslim on electoral identification cards.

An April Human Rights Commission of Pakistan report said non-Muslims “are treated as second-class citizens,” a contention backed up by Ashfaq Hassan Khan, a columnist and economics professor at Islamabad’s National University of Sciences and Technology Business School.

Officials, he said, “do nothing to raise the education and economic standards of minorities.” In addition, they fail to consider minority groups when drafting economic and education policies, he said.

Ten seats in the s 342-seat National Assembly have been reserved for non-Muslim minorities since 2002, with another 60 reserved for women.

Although lawmakers in reserved seats have the same authority as elected members, they largely remain at the mercy of the parties that appointed them, which has opened the system to criticism.

“Stringent legislation in favor of the minorities is the only solution,” he said, which can only be achieved “if political parties award them tickets for general seats.”

He said candidates appointed to reserved seats “are not our real representatives as they don’t get a vote from us.”

“They just serve the interests of their respective parties,” he added.

Dev said a dual electoral system, catering separately to Muslims and non-Muslims, is needed “to protect minorities from persecution.”

Most Ahmadis have boycotted past elections in protest of being declared non-Muslims, and Ahmadi leaders have said taking part in the polls would be an acceptance of the designation. There are 115,966 Ahmadis on Pakistan’s officially non-Muslim voter rolls.

Under-representation of minorities has hurt efforts to draft laws in their favor, Paul Bhatti, a Christian and a former minister for minority affairs, said.

“No legislation has been made in the last five years to prevent persecution against the minorities despite my utmost efforts,” he told UPI Next.

Bhatti’s brother Shahbaz, Pakistan’s first minister for minority affairs, and Salman Taseer, the governor of Punjab province, were assassinated in 2011 for campaigning to overhaul blasphemy laws, which are commonly misused to persecute non-Muslims.