The clandestine nexus between PPP and SSP is a reality ever since PPP offered SSP (ASWJ’s ancestor) a new lease of life in 1993 when SSP was on the run after being hounded by Wyne and PML. During its most recent reign PPP again colluded with SSP and LeJ to earn security for its ranks and in the process presided over an unprecedented Shia Genocide and persecution of the minorities.

With Manzoor Wattoo’s induction as PPP’s chief for Punjab –a dexterously crafted move to counter PMLN’s hobnobbing with SSP-, we can expect to see more covert cooperation between PPP and SSP in Punjab. Mr Wattoo has always had a good relationship with SSP and SSP’s support in his constituencies. His first provincial government as the Chief Minister of Punjab also had an SSP minister in its ranks – the first ever instance of SSP holding a public office in the country. He also went on to release SSP’s cadre and militants apprehended by Ghulam Hyder Wyne’s government and freely doled out arms licences at SSP’s behest. SSP’s sway in the country has been in the ascendency ever since.

While PMLN has also renounced its earlier ways and now endeavours to placate SSP, it is more interesting to see that a party (PPP) that has always thrived on Shia vote in the country is now trading Shia blood to buy votes.

(N.B: Ghulam Hyder Wyne was the Chief Minister of Punjab from 1990 to 1993. He was an honest and clean man with pristine integrity. He lived and died as a poor man who was never able to build his own house and his widow now has to live in her sister’s house. He was ruthlessly martyred -allegedly by SSP- for his ‘sins’ in September 1993.) 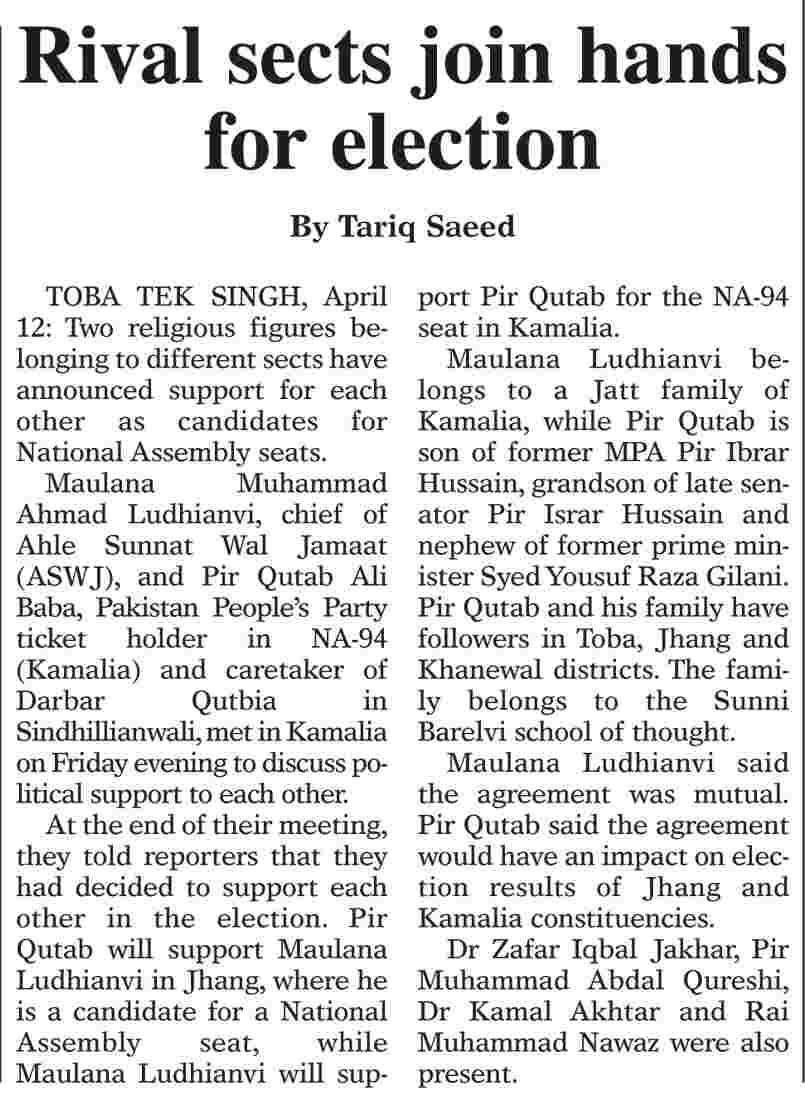 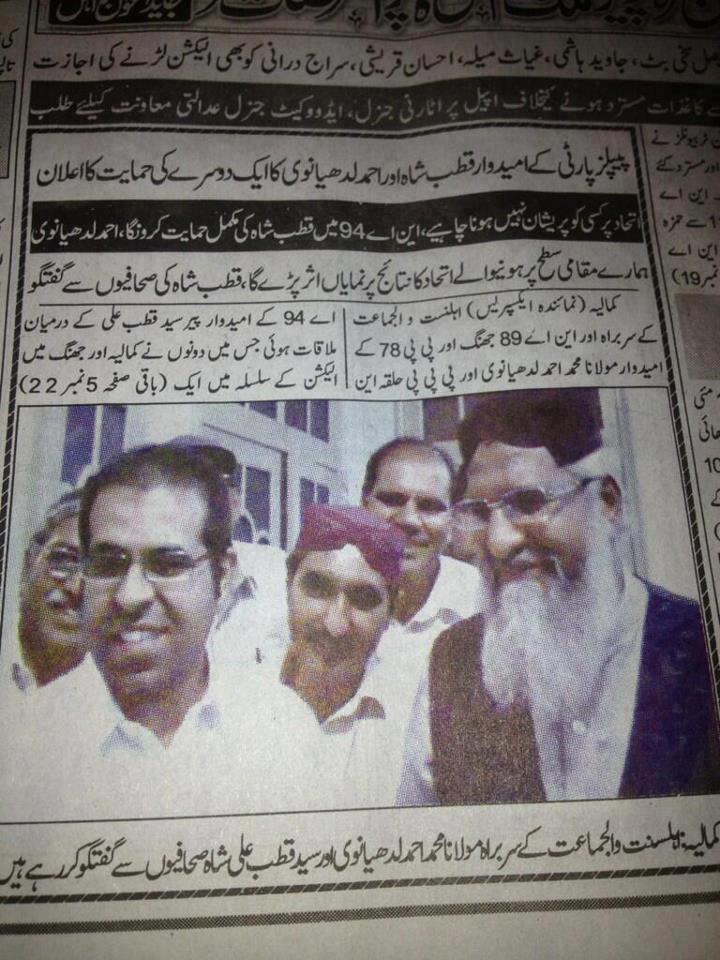