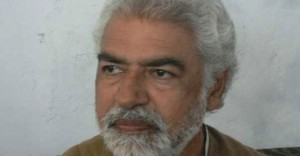 “The fundamental basis for freedom of speech is a respect for the rational mind, which requires the freedom to weigh the evidence, to dispute and debate, without fear of coercive interference. By their reliance on violence and brute force of mob gatherings, the vandal shows contempt for the mind. It is confession of intellectual and moral bankruptcy, a confession that, for them, rational argumentation does not matter: all that matters is that their opponents are cowed into submission.” (Henry Hessing)

It is no coincidence that the woolly defence of free speech so passionately pursued by our mainstream media allows them to get away with attacking the more vulnerable. Think of Amir Liaquat’s open censure of Ahmedis or take the recent controversy of Ansar Abbasi, the influential journalist who has been criticized for his comments on the disqualification of Ayaz Amir from the electoral eligibility. Mr Liaquat has a large platform to air his discriminatory opinions, but his right to freedom of speech does not give him a right to vilify Ahmedis and incite violence against them. When Mr Abbasi’s biased comments were shown up for what they were, his critics were accused of being enemies of free speech. It seems as if the free speech is, paradoxically, evoked by the establishment and the media to stifle debate so that the fundamentalists can go on attacking those on the margins. Mr Abbasi himself accused those criticizing him as enemies of freedom of speech, even though they were criticizing his views and not his right to speak his mind. In reality, this “I’m a defender of free speech” flag waved for a stunted, extremist ideology is nothing more than a ploy to maintain a double standard. One standard for Islamists and another for those who dare challenge them. While Mr Abbasi was quick to lambast Ayaz, he has never openly condemned by name the people behind some of the acts of violence carried out by the extremists. If only Mr Abbasi were more honest with the people about what logic or lack thereof lies behind the demonstrated limitations of his inconsistent free speech doctrine. It is important to tackle this nonsense assertion that calling somebody a bigot infringes on their right to freedom of speech and expression. Disagreeing with the views, no matter how emotively, does not translate to disagreeing with their right to express those views. It is extremely hypocritical to piously proclaim the right to freedom of speech and then claim that such a freedom is being stifled when somebody else responds to your views by using exactly the same right of expression. When one sees legitimate criticism of Mr Abbasi being followed with howls of wounded outrage, one becomes aware that free speech for liberals is to the radicals an intolerable burden that threatens freedom itself.

Free speech issues in Pakistan have become a thriving ground for bullies – a paradise for those who cause the most offense. What is alarming and systematic in these attacks is the precedent being set that those who offend have the right to demand the silence of those who criticize them. In Pakistan when a religious group is offended, they vent their grievances by marching out in the streets in protest until the offender is held accountable. In the midst of this cacophony, all hope of a healthy debate is usually lost. What remains consistent, almost so much it seems like a trend, is that intolerant groups and their representatives in the media and then resort to bullying as opposed to democratic debate. So the religious groups generally have the right to block anything that is defamatory towards their beliefs or philosophy. Similarly, in the past few years alone there have been bizarre instances of attacks on freedom of expression, from many instances of violence following unfounded accusations of blasphemy to the ruthless murders of Shahbaz Bhatti, and some journalists. A bright politician like Salman Taseer was also killed in the name of religion on an issue that many argue is a simple recognition and altering of a gross inequality in our laws. Even Salman’s murder could not shake our conscience to start a healthy debate as to what blasphemy actually is. It certainly is an emotionally-charged term that invokes a perception of knuckle-dragging hardnosed bigotry. It’s also quite a worn-out word, attributed inappropriately to individuals far too often. Any debates I have seen on the TV on this topic are more hypnotic than informative, capable of seeding innocent minds with rage.

Our laws and courts firmly enforce the leverage towards the intolerant by holding anything deemed remotely un-Islamic as liable to hurt people and punishable under the law whereas letting hate speech flourish on the pulpit and in the public life. Increasingly we have seen a state growing soft towards those spewing hate and brutal on those being targeted. This is manifest in the inaction as well as the many inappropriate actions of the government clearly intent on avoiding trouble and antagonizing the fundamentalists. It is disheartening to see People’s Party, founded on strong principles of democracy and liberalism, catering to the intolerant by engaging in efforts to block YouTube or Facebook pages. The questions that arise, however, point to a far deeper worry than recalcitrant mobs. This exposes a state that has lost confidence in its own machinery. In surrendering freedom of expression to groups that subscribe to coercing and bullying the state is squandering its authority even in the civil domain in the face of intolerance. By stifling lawful free expression of dissent and intellectual debate in the name of Islam or the Ideology of Pakistan, the country is only accelerating dissolution of its historical and intellectual heritage, a process that is already underway.

Simply put, this irrationality exists only because of the endemic dogmatic relativism that plagues our society. Relative dogmatism is a disorder that sabotages individuals into feeling unentitled to uphold individual principles or to distinguish right from wrong for themselves. In our society it most strongly manifests itself in the matters of religion where a majority of us lets one mullah or the other think and decide the matters of faith for us, thus devaluing individual research, logic, judgment, and choice. In part it reflects the general deficiency in reasoning that so often surfaces in various ways throughout Muslim history, but is mainly due to the radicalization of Pakistani society that has occurred over the past few decades. It is shocking to those of us whose generation barely escaped the clutches of religious brainwashing set in motion by Zia how possessing a belief buoyed by divine sanction gives prejudice a certain level of respectability. The virtue of faith means that if you pretend to pray regularly, are seen in mosque every Friday, ooze devotion to fundamentalist beliefs, and frequently use Arabic benedictions in your everyday speech then surely you can’t be lumped alongside some scruffy yob like Ayaz Amir or this writer. That I am wrong, disordered, and will burn in hell does not suffice, I must also be deprived of some democratic rights such as contesting an election. One rule for Ayaz, another for ‘Mahmouds’. Behold the awesome power of religious belief. And if, like Mr Abbasi, you can attractively package your prejudices as religious beliefs for use on television, phone messaging, twitter, or Facebook then you are a hero. Democracy is being reduced to an instrument for throwing the ‘bums’ out.

When I, for instance, protest against the persecution of minorities where perpetrators are ignored and go scot free and politicians fail to commit to any form of action in bringing them to justice, many friends are quick to remind me that a majority of Pakistanis does not agree with it and most are quite upset about it. I point out that I do not talk about those Pakistanis but I also make no apology for the confusion when those of faith are more vociferous in opposing those who criticise the radicalisation of the society than demanding actions against those who perpetrate atrocities in the name of religion. Of course, a wide majority of Pakistanis is against these atrocities but they are not marching on Islamabad and Rawalpindi to demand an action against these extremists.

For many radicals, the struggle for control of the mass media is a de facto struggle for the control of the society. If bigots are allowed to run riot over the airwaves, if hate speech is not tightly controlled, our public deliberations will be distorted by ideas that serve exclusive interests, and our puny individual voices will be drowned out by extremist foghorns. This simply means that our compromised democratic process will deliver governments that reflect and reinforce the extremists.

Almost all major anchors and media moguls profess adherence to freedom of speech. But how often do we see these free speech advocates among journalists and mainstream media organizations challenge the status quo of the dominant extremist culture of Pakistan embodied by radical organizations. What we see is a carefully contrived silence on religious fanaticism and its victims. When they are not silent on such issues the mainstream media are likely to adopt a pro-extremist position, or a form of apologist denialism. This is not just a problem of the overtly Islamist right-wing segment of Pakistani media, but also among publications and other media that might otherwise regard themselves as ‘progressive’ or ‘liberal’. These pseudo-progressive publications constantly bombard us with the views of the right ‘intelligentsia’ and their version of Pakistan’s ideology. So, if both ends, and everything in between, on the political spectrum of Pakistani media pander to the extremists in varying degrees then of what worth is our so-called ‘freedom of speech’?

The day that Pakistani journalists and mainstream media are capable of using freedom of speech to protect the weak and marginalized of the society, rather than use it to be complicit in their persecution, we will be proud of them.

Somehow I don’t think it will be in the near future. Until then, freedom of speech in Pakistan will remain a delusion and we will continue to fight against the Tyranny of the bigoted.