Home  »  Featured • Original Articles   »   And, why does Pakistan cosy up to these Wahhabi tyrants? – by Sidq Maqaal 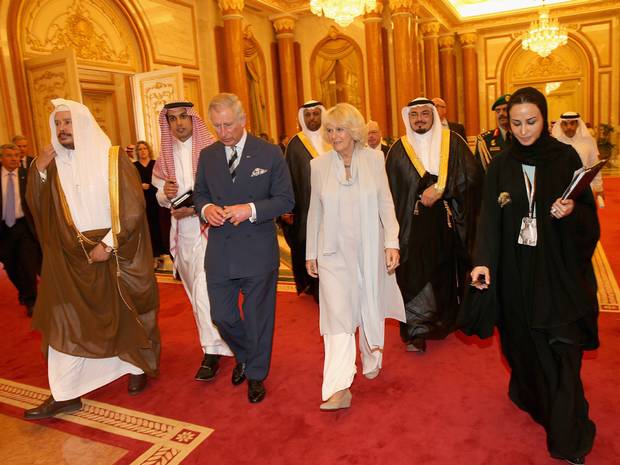 I read A Z’s article in this publication yesterday where he explains how, over the past many decades, Britain and the West have encouraged and used radical Islam for their foreign policy objectives. I agree with this but I was disappointed to see that A Z stopped short of discussing the role that Saudi Arabia plays in Pakistan and the Muslim world, which in fact was the main subject of Independent’s article that A Z based his piece on. The fact of the matter is that the extent of Riyadh’s nurturing of extremists dwarfs that of any other in the world. Since the oil price boom in 1973, Saudi Arabia has channelled billions of dollars to the radical Islamic cause, including terrorist groups, around the globe. In view of the direct links between Saudi intelligence and Bin Laden from anti-Soviet Jihad in Afghanistan in the early 1980s, it can be said that Al-Qaida is partly a creature of Saudi Arabia. Pakistan, meanwhile, has also been a sponsor of various terrorist groups since the era of General Zia ul Haq when military support brought some groups into being and then they were helped with arms and training. Most of the Islamist terrorists in recent times have been partly the products of Pakistani and Saudi patronage of these groups. Initially camouflaged in Afghanistan, many of these networks have now found safe havens in Pakistan thus being able to preserve quite a bit of their infrastructure. Some of these networks are now even more potent than Al-Qaida.

No country in the world has paid a greater price of Saudi Arabia’s patronage of its particularly extreme version of Islam than Pakistan. This patronage has included a strategy of bankrolling Islamist and jihadist causes and a ‘Muslim’ foreign policy aimed at maintaining the Saud family in power. Saudi Arabia also interferes in the internal matters and politics of Pakistan and has even refused to meet with Pakistan’s elected President Asif Zardari during his tenure because he is not liked by the Royal family of the Kingdom. The increasing Shia-Sunni schism and the persecution of Shias, previously unknown in South Asia’s recent history, in Pakistan are also instigated by the Saud monarchy. In this Saudi Arabia’s shenanigans are connived at by the US –for a substantive quid pro quo, of course-, as it clearly wants to preserve Al-Saud regime. In fact, since 1980s the US has often shrouded its political interference in Pakistan in the cloak of Saudi Arabia. Saudi Arabia’s influence in the internal political matters of Pakistan is often shameful for Pakistan. For example, mostly recently Saudia has influenced PMLN to forge an electoral accommodation with ASWJ and has also been able to persuade Sharifs to unstiffen their stance toward Musharraf.

Nevertheless, Saudi Arabia’s funding of Sunni militant groups also remains a sore point in Washington. Wikileaks exposed that in a classified diplomatic cable in December 2009 Secretary Clinton warned that Saudi donors and charities constituted the “most significant source of funding to Sunni terrorist groups worldwide”. Clinton declared it as “an on-going challenge” to convince Saudi officials to not to treat this activity as a strategic priority. Clinton went on to mention that the groups funded included al-Qaida, the Taliban and Lashkar-e-Taiba as in her words “more needs to be done since Saudi Arabia remains a critical financial support base for al-Qaida, the Taliban, LeT and other terrorist groups”. Three other Arab countries are listed as sources of militant money: Qatar, Kuwait and the United Arab Emirates. Hence it is well established that the chief financier of extremist militant groups for the past 3 decades, including Al Qaida, are in fact Saudi Arabia and Qatar. French agencies have found out that the MNLA [secular Tuareg separatists], al Qaida-linked Ansar Dine and MUJAO [movement for unity and Jihad in West Africa] have all received cash from Doha. Sadou Diallo, the mayor of the north Malian city of Gao, recently told in a well-publicized interview: “The French government knows perfectly well who is supporting these terrorists. Qatar, for example, continues to send so-called aid and food every day to the airports of Gao and Timbuktu.”

While Pakistan may be the epicentre, these institutions are stretched from Indonesia to Senegal and provide both these Persian Gulf monarchies with a constant supply of militants to be used from Afghanistan to Mali. They are a permanent source of mercenary forces, which we have seen being mercilessly unleashed in Libya and now in Syria. That this can happen in Pakistan, whose army is already overstretched, at some time in future cannot be ruled out.  In the Guardian’s article, “WikiLeaks cables portray Saudi Arabia as a cash machine for terrorists,” the US State Department even acknowledges that Saudi Arabia is indeed funding terrorism in Pakistan:

Among many other leaders of radical Islamist parties in Pakistan, SSP and its leader Maulana Mohammad Ahmed Ludhianvi also have strong connections with the Kingdom. Saudi cleric Malik Abdul Haq al-Meqqi is often privately seen with Ludhianvi in Jhang and elsewhere. Meqqi is described as a middleman between Saudi donors and intelligence agencies and the LeJ, the SSP and other groups. Some of the jailed militants of LeJ have also confessed that LeJ has received Saudi funding. The nexus between different salafist militant groups beholden to Saudi Arabia is now very strong and effective. For example, when the Taliban and Al-Qaida want to reach targets outside of their strongholds in Afghanistan and in Pakistan’s tribal areas, they rely on LeJ for logistics and intelligence as well as the volunteers. Karachi’s former police superintendent Raja Umer Khattab, who had interrogated more than 100 members, once explained that “”Lashkar-e-Jhangvi is the detonator of terrorism in Pakistan. The Taliban needs Lashkar-e-Jhangvi. Al Qaeda needs Lashkar-e-Jhangvi. They are involved in most terrorism cases.” He says that the law enforcement agencies are deeply perturbed in the face of LeJ’s new tactics of identifying and killing Shia passengers and directly bombing Shia neighbourhoods. SSP and then LeJ were created to counter Iran’s Islamic Revolution in 1980s. Before it turned into a Frankenstein-Monster at the turn of the century, there existed an overt US-Israeli-Saudi collaboration to use Al Qaida and other Islamist groups across the Middle East to counter Iran’s influence. The problem is that, while the US and Israeli interests in the region may have since mutated, Pakistan is still bedevilled with their enterprise in 1980s and 1990s as sectarianism and terrorism now undermine and destabilize Pakistan itself.

To conclude, it is now a well acknowledged fact that Saudi Arabia funds terrorism in Pakistan with the connivance of the US and the West, as they need the same ideology, groups, and infrastructure to engineer subversion in the places of their interest like Libya, Syria, Iran, Algeria etc. In Pakistan we have witnessed the making of a discernible conspiracy which is now being carried out before our very eyes. Baluchistan, for instance, is being pushed towards strife and sectarian bloodshed with the aid of Saudi and Qatari cash and weapons. While this Saudi-US terror game has wreaked havoc from New York City, across North Africa, in Sahel, and throughout Middle East over the past thirty years; Pakistan is the country which by far has suffered the most at the hands of these special interests and double games. Pakistan has to take its destiny in its own hands before it gets too late. We need to wake up and unite as Pakistanis to be able to put Pakistan for us before Saudi Arabia, Iran, or any other nation in the world. Without that happening, Pakistan is doomed and so are we regardless of our religion or mother tongue.