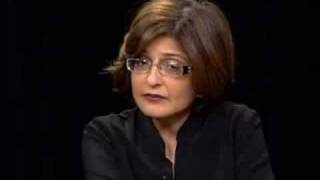 The author is a former Member of Pakistani Parliament

Death by a thousand cuts

Land of the pure or land of the purge? Saturday’s mob attack on a Christian colony in Lahore is a reminder of how unsafe Pakistan has become for minorities such as Shias, Hindus, Ahmadis and Christians.

After each act of violence against religious minorities, the Taliban, Lashkar-e-Jhangvi or Sipah-e-Sahaba proudly own up to it without fear of punishment.

The recent mob attack on Christians in Lahore, resulting in the burning down of over one hundred Christian homes while the police stood by, is a reminder of how unsafe Pakistan has become for religious minorities. The attacks on Christians follows a rising tide of attacks on Pakistan’s Shia Muslims, sometimes mischaracterised in the media as the product of sectarian conflict. In reality, these increasingly ferocious attacks reflect the ambitious project of Islamists to purify Pakistan, making it a bastion of a narrow version of Islam Sunni. Pakistan literally translates as “the land of the pure”. But, what started in an imperceptible way as early as the 1940s, picking up momentum in the 1990s, is a drive to transform Pakistan into a land of religious purification.

Muslim groups such as the Shias that account for possibly 20-25% of Pakistan’s Muslim population and Non-Muslim minorities such as Christians, Hindus and Sikhs have been target-killed, forcibly converted, kidnapped and had their religious places bombed and vandalised with alarming regularity. At the time of partition in 1947, Pakistan had a healthy 23% of its population comprise non-Muslim citizens. Today, the proportion of non-Muslims has declined to approximately three per cent. The distinctions among Muslim denominations have also become far more accentuated over the years.

Mohammad Ali Jinnah, the founder of Pakistan and his two closest political and personal lieutenants, the Raja of Mahmoodabad and my grandfather Mirza Abol Hassan Ispahani, were all Shia Muslims. All three devoted their political lives and personal finances to the creation of Pakistan. Mr. Jinnah named Sir Zafrulla Khan, member of the embattled Ahmadiyya sect, as Pakistan’s first foreign minister. As originally conceived, Pakistan did not discriminate among various Muslim denominations, and non-Muslim minorities too were assured of equal rights as citizens. But things have changed over the last several decades. Last week, the massacre of the Shia community of Abbas Town in Karachi took place on and around a road named after my Shia grandfather.

Driven out or degraded

Over the years, Pakistan’s constitution has been amended to designate the Ahmadiyya as non-Muslims. A similar drive, influenced by Salafi ideology from Saudi Arabia, has been undertaken by Deobandi groups against the Shias. A terrorist offshoot of the Deobandi movement (‘Takfiris’ — those who declare some Muslims as ‘kafirs’ or unbelievers) has been escalating atrocities against Shias in an effort to drive them out of the country or to force them to accept a lowered status in an Islamised Pakistan. Their targets have included men, women and children.

Pakistan’s Shias belong to different ethnic and linguistic groups and different tribes. They are spread all over the country. The one thing that unifies them in the eyes of their murderers is their religious beliefs. The anti-Shia terrorists roam the land with impunity, appear on primetime talk shows on television and hold political rallies where they declare Shias as unbelievers and Wajib-ul-Qatal (deserving of death). They are very rarely arrested, even after they proudly and publicly announce their deeds — like in the two recent massacres of the Hazara Shias of Quetta. When they are arrested, they have access to mobile phones in prison, receive visitors openly and are often released swiftly on their own recognisance. The few who have been tried have always been acquitted by Pakistan’s judiciary for “lack of evidence”.

What is often painted — deliberately — as a Shia-Sunni conflict is, in fact, quite another creature. The anti-Shia groups are used by Pakistan’s permanent establishment in Afghanistan and other neighbouring countries in pursuit of “strategic depth”. When, inspired by their bigotry, the Jihadis attack Shias within Pakistan, their state sponsors tend to avert their eyes.

A year ago, a bus was stopped on its way to Gilgit-Baltistan. Shias on board were identified by their names and other means, taken off the bus and beheaded and shot dead. Several months later, the same type of massacre was repeated in the same region. The Taliban took credit for both acts of terrorism. Shias in Parachinar and Hangu located in the FATA (Federally Administered Tribal Areas) have been fighting the Taliban unaided for years. And, their dead bodies now number thousands.

The recent extensive reporting of the plight of the Hazara Shias by the media is the result of mass protests held across the country in solidarity with the victims. The targeting of Shia doctors and other professionals in Karachi has also been an attempt to make the middle-class Shia flee abroad to leave only the poor and voiceless of their community behind. After each act of violence the Taliban/Lashkar-e-Jhangvi (LEJ) or Sipah-e-Sahaba Pakistan (SSP) proudly own up the operations.

One example is from a news agency reporting from Qudrat News in Quetta: “Banned religious terrorist organization, Lashkar-e-Jhangvi, has claimed responsibility for the suicide blast on Kirani Road, Hazara Town. The spokesman, Abu Bakr Sidiq, called the news channels on Saturday evening from an identified location and said that the attack was carried out by our colleague, Umar Farooq.”

“In 2013, this was our second suicide attack in the Shia areas. Like this, we have 20 vehicles full of explosives ready for our suicide bombers. Soon as we get the order [from LEJ leader Malik Ishaq], their target will be Alamdar Road, Mehr Abad, and Hazara Town. God Willing, now we will kill Shias in their home.

“We want to tell the Sunnis, for God sake, strap your bodies with bombs and stand up with LEJ in the fight against the Shias… If Sunnis won’t rise up, then they should refrain from having any relation with the Shias because now either we will live in Balochistan or the Shias… We seek help from Allah in this fight and this fight will end as Balochistan becoming the graveyard of the Shias.”

The international community must not ignore the systematic elimination of Pakistan’s Shias, Christians, Hindus and Ahmadis. The United Nations must nominate a Special Rapporteur on the systematic elimination of Pakistan’s minorities. Pakistan’s military-intelligence establishment as well as the federal and provincial governments must be asked to fulfil their responsibilities in protecting the Shias and other Muslim and non-Muslim minorities in Pakistan.