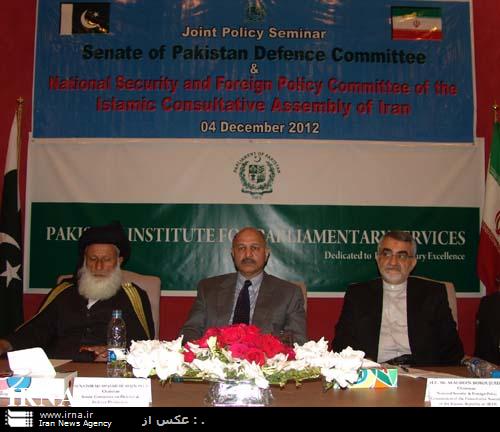 A high-ranking Iranian legislator has called on the UN Security Council to hold an emergency meeting to study the ongoing massacre of Shia Muslims in Pakistan, and take effective measures to stop violence against the community in the Asian country.

Chairman of Majlis National Security and Foreign Policy Committee Alaeddin Boroujerdi said on Saturday that the mass murder of Pakistani Shias has created a very deplorable situation, and has aroused popular sentiment among Shia Muslims, the entire Muslim world as well as the international community against the trend.

He also criticized Western countries’ silence on the ongoing massacre of the Shia community in Pakistan.

“The Westerners and the UN tend to hold emergency sessions on minor issues, but exercise apathy towards such (highly critical) developments,” Boroujerdi argued.

He added, “The Security Council should hold extraordinary sessions to investigate the massacre of the Pakistani Shias and bring the ordeal to an end as soon as possible.”

On Saturday, Iranian clerics and seminary students strongly condemned international community’s silence over the massacre of the Shia Muslims in terrorist attacks in Pakistan.

In protest to the massacre of Pakistani Shias by Saudi-backed terrorists (Takfiri Deobandi militants of Lashkar-e-Jhangvi LeJ aka Ahle Sunnat Wal Jamaat ASWJ), all seminaries in the cities of Tehran and Qom were closed, with teachers and students taking to the streets to voice their protest to the silence of international organizations.

In a statement, Chairman of the Assembly of Experts Ayatollah Mohammad-Reza Mahdavi Kani severely criticized the silence of international organizations over the massacre of Pakistani Shia Muslims. The senior cleric also called on religious scholars and students to gather to vociferate their resentment against such brutal acts of terrorism.

The pro-Taliban Deobandi militants (ASWJ-LeJ) have been involved in a violent campaign against Shia Muslims in Pakistan over the past years.

Shias living in Kurram tribal region have been facing a humanitarian crisis since November 2007, when the pro-Taliban groups cut off the area from the rest of the country.

Local sources say at least 21,000 Shia Muslims have been killed in the region since the start of the campaign.

Several Shia religious gatherings have also been targeted in different parts of the country over the past few months. Shia Muslims in Pakistan and Western countries have demanded that Pakistan government and army officials suspected of support to Deobandi militants (ASWJ-LeJ) must be tried for crimes against humanity. 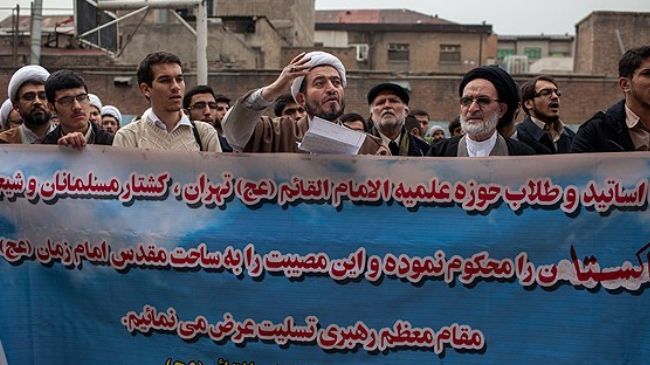