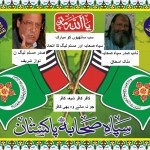 Since we were kids ,our school book ,Islamic Studies full of Islamic brother hood teachings and Pakistan studies full of nationalism ,chauvinism and presenting Hindu as cunning creature whose only aim in life is to harm Muslims and he cannot be friend of a “true Muslim” and as our rotten education system which does allow to think and ask question somehow successful in inculcating hatred in our mind .

I don’t know how many writers in Pakistan have written several weighty tomes on the subject of Islamic brother hood and national unity however in apart from 2005 earth quake and match against India ,unity and brother hood is only a wish for us .In recent times Pakistan is facing worst situation of every thing,terrorism,financial crunch ,floods and now sectarian violence against our shia brothers and this has become a part and parcel of country .Now where the problem lies why despite of brain washing through text books we as an ummah and Pakistani are not on a same page ,does blood of hazara has different color or he is destined to be killed in a county which was for Muslim by the muslims?how unknown gunmen kills three religious scholars in day light in the front of people and despite of cctv footage police is now where to caught murderers. Now where is the problem lies for me?

Pakistan is such a unfortunate country where is own citizens who live here with families, work here hold property here caste vote here, burn public property here (in love of religion) but when it comes to love it as a country,it goes to Saudi Arab and Iran ,people love to associate their ideologies with these countries as a result both countries take benefit of situation and role of Saudi Arab in Pakistan  has cross a limits .

Other problem with us is that how so ever talk of religion without asking for authentic reference and proof of his knowledge we revere him for his love for Islam and bow down in front of him as a result they manipulate our feeling and divert our energies for their personal interest and then sect becomes more scared than religion.

Since last 66 years our security agencies proving as they are the once who can save the country but unfortunately they tactic of proxy war which started in 1971 against Bengalis through al-shams and al-bader  and than carrying same strategy against Russia and against India in Kashmir has backed fired as a result  not only people of Pakistan but they them are in the field of fire so they need to think over it because the concept of jihad does not matter for these people they are hired killers how so ever pay them more they will work for their masters  and now they are asking for a guarantee from people whom past has been soft for them and who are they to demand for guarantee ,govt has already experienced of guarantee with sufi Muhammad and then he tired to become a lord of the rings of swat .

What I would like to suggest to stop these killing in Pakistan govt must change the syllabus which should promote harmony not instigate minds against minorities (have these educationist ever think that what a Hindu student thinks when his class mates read the lines that Hindu has cunning nature) .

County need to revitalized judicial system present system has failed to castigate culprits and lives of witness are always in danger. In recent case Malik ishaq was freed after 14 years ,if he was innocent why he was behind bars and if he was culprit why he was freed and why no judicial mechanism in case an organization in a county with structure claims the killing of 89 hazaras .Why Punjab government since 2008 giving monthly stipend to Malik ishaq family just because LEJ activist could run election campaign for Rana Sana Ullah ,what kind of system it is where alleged criminal got stipend and poorest of poor selling their kids and kidneys.

Security agencies should stop this proxy as it has did nothing good for country ,Kashmir is still in Indian hand,cental Asia Muslim countries still in strong influence of Russia ,Bangladesh has already convicted jamat Islamic leader of 1971 war and Bangladesh is far ahead in many sectors than Pakistan and strategic depth in Afghanistan in nowhere as .

Government need to monitor social media as well which is widely used for sectarian violence and hatred, sharing pictures of dead bodies and use of abusive tone against sister communities can add more fuel to fire .during procession of Muharam elders of Sunni community went  to show their good will gesture and such gestures should be appreciated and give them lime light and it should be followed in other parts. How disgusting that against Tahir ul Qadri, Nawaz Sharif can call all opposition but against sectarian killing he has no time to go to Karachi and Quetta and Gilgit and for seat adjustment mawlana Fazul rahman can meet Nawaz Sharif (mawlana loved to crack jokes against Nawaz Sharif over a cup of tea with Pervaiz Musharraf) for election adjustment but lips are zipped against LEJ.