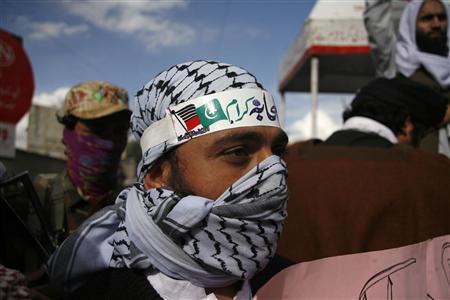 On this there is absolute unanimity and also utter confusion: everyone agrees journalists must tell the truth. This desire that information we receive be truthful is elemental. Here the journalists’ role becomes very important in filtering out incorrect information and to provide to the public what is truthful and honest.

This thought came to my mind as I read a good piece by Matthew Green of Reuters on recent sectarian killings in Karachi. The beauty of a good piece of journalism is that you do not necessarily have to agree with it but you respect it for its palpable fairness, diligent investigation, and informative worth. In any case, while I am a human rights activist, Matthew is a journalist and our approaches are likely to differ. (No sane person expects a journalist to be an activist except solely for the cause of free expression.) As we all know Pakistan is one of the most difficult places in the world to report on and from, where truth is a complicated and sometimes contradictory phenomenon and personal security is less reliable than sunshine in London. It is good to see a foreign journalist attempting an in-depth analysis on a sensitive topic and acquitting himself fairly well. He attempts to get at the truth in a confused world by successfully stripping information of the attached misinformation, disinformation, or self-promoting information he must have been loaded with while investigating. His piece shows a quest for truth, illuminates diversity, eliminates stereotypes, and provokes discussion. Good job, Mr Green.

It is heartening to see a good job of investigating, sifting, and reporting in a country where most (though not all) journalists fail to handle the sensitive issues of religion and sect effectively, or fail to respect the truth. Hence, no wonder Ahmedis garner no sympathy in the mainstream media for their persecution and Shia genocide has largely been covered as a nameless crime against unspecified people perpetrated by mysterious characters. Even though, an accurate list of 630 people identified and killed solely for being Shias in just 2012 is available. The crimes against Barelvis and moderate Deobandis are also obfuscated with equal fervour so as not to upset the powerful and wealthy backers of the militants.

Apart from facing temptation and coercion from the powerful quarters, the journalists in all major local media groups hardly ever, if anywhere, come across newspaper and channel owners who are willing to reign as constitutional monarchs with as little interference as possible in the running of their newspapers and TV channels. So in short, there hardly are any proprietors who are ready to pay the piper and to have no voice in calling the tune. Almost all the journalists I have talked to privately agree that, despite the freedom enjoyed by the media in the recent years, newspaper and TV channel proprietors in Pakistan seem to have succeeded in making puppets out of their editors and producers. They seem to have also succeeded in commanding total control of their newspapers and channels. Invariably, newspaper owners in the country have been men and women of great wealth but no particular talent for the pursuit of truth. Over the years we have seen a few upright men and women of talent start their own newspapers and channels but they have found it very difficult to survive on the market.

Some reckoning of truth is generally required for a properly functioning society. There are a few things that we all agree are absolutely true, but still we are not willing to define them as they are. This is dangerous in the long run. Proper functioning societies and communities often rely on certain agreed-upon truths. For example, the US holds racism as crime and uses unmistakable language to define the crimes and the identity of the victims. Failure for a society to define such terms, and agree upon their definition could result in chaos and impossibility of justice.

Pakistan and its citizens have paid and continue to pay a heavy price for this wilful obfuscation. How can we expect any justice to be dispensed without the advocacy of truth and identities? Just how? Can you rely on the interpretations of people who conceal or distort facts? Can you? Does it serve the truth to try and create a counterbalancing equation when there is only side of the story – like there was in Holocaust or in Rwanda?

If we continue to live in denial, then I don’t think our country is going to make it very far. By the time people sort through all the mistrust – conspiracy theories – religious biases – bigotry – apostatization – sectarian hatred – ethnic misgivings and everything else – we’ll be past any hope of redemption.

Acknowledging and facing the truth is the first step to survival.