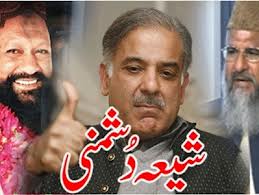 Although, the founder of the Lashkar-e-Jhangvi Malik Mohammad Ishaq has finally been detained by the Punjab government under mounting pressure from the federal government and security establishment, the Hazara Democratic Party (HDP) strongly believes that his detention is a face saving exercise.

The HDP believes once the pressure is off, Ishaq will be set free shortly as had always been the case in the past.

Ishaq was arrested on February 22 from his Rahim Yar Khan residence in the wake of the Feb 16 carnage of 90-plus Shia Hazaras in Quetta and the subsequent pressure from the federal government to launch a targeted operation against the LeJ network and its leadership in Balochistan and the Punjab. Ishaq, who is also the vice president of the Ahle Sunnat Wal Jamaat (ASWJ is formerly Sipah-e-Sahaba Pakistan or SSP), was arrested 24 hours after ISPR Director General Major General Asim Bajwa refuted that the army had any links with the LeJ.

“There is no reason to think about the army’s involvement with LeJ,” said Bajwa at a news conference while ruling out any collaboration with the LeJ even at the lower levels.

While arresting Ishaq, District Police Officer, Rahim Yar Khan, Zafar Chatta, said: “The LeJ has claimed responsibility for Quetta blasts and Malik Ishaq is its supreme commander. That’s why we have arrested him and 24 other LeJ militants.” But before being led off by the police, Ishaq was allowed to address a news conference at his residence wherein he bitterly criticised the federal government for implicating him in the Quetta blasts, though he claimed that he had no role in them.

But the Punjab government spokesman Senator Pervaiz Rasheed later explained that the arrest was made under Maintenance of Public Order (MPO).

“Ishaq had been arrested because of delivering provocative speeches in the past month,” the senator told the media on Friday. The Punjab Police sources say Ishaq had been detained for a period of one month.

According to Abdul Khaliq Hazara, Chairman of the Hazara Democratic Party (HDP), Ishaq’s detention is a mere eye-wash, which would put him out of business for a very limited period. Talking to this scribe on phone from Quetta, Khaliq regretted that Ishaq had once again been detained under the MPO only for a month despite the fact that his LeJ had claimed the January 10 and February 16 massacres in Quetta. “The law enforcement agencies have credible evidence, suggesting that the leadership of the Quetta chapter of LeJ, especially Usman Saifullah Kurd and Shafiqur Rehman Kurd, is string-pulled by Malik Ishaq who is operating from the Punjab unchecked, courtesy the friendly treatment being meted out by the PML-N government. Therefore, each time he had been arrested since his 2011 release, he comes out of the jail within a few weeks or a few months’ time, mainly because he is always charged with minor offences. Even before being detained on Friday, Malik Ishaq told journalists that he would seek to overturn his detention in the court and would be a free man very soon, as had been the case in the past,” said Abdul Khaliq.

It may be recalled that two months after his July 2011 release on bail for lack of evidence, Malik Ishaq was placed under house arrest in Rahim Yar Khan under MPO [on September 22, 2011]. He was detained 24 hours after the Lashkar-e-Jhangvi claimed responsibility for the killing of 29 Shia pilgrims in Mastung area of Balochistan. Ishaq was detained for one month to pre-empt sectarian strife because his release had instantly caused sectarian tensions because of the anti-Shia sermons he started delivering soon after being set free. In December 2011, the Provincial Review Board agreed to extend the detention period for another 30 days.

However, the Lahore High Court finally released him for lack of evidence on January 20, 2012. Malik Ishaq was again detained on August 30, 2012, from the Allama Iqbal International Airport, Lahore, upon his return from Saudi Arabia after performing Umrah. He was sent on a 14-day judicial remand the next day on charge of delivering hate speeches. However, he was set free hardly 12 days later, as an additional district and sessions judge, Lahore, granted him bail for lack of evidence on September 10, 2012. And only a week after his release, Ishaq was given the slot of the vice president in the ASWJ as announced by its president Maulana Ahmed Ludhianvi on September 18, 2012.

According to Abdul Khaliq Hazara, the intelligence agencies have already concluded that the explosive laden water tanker which was used in the February 16 Quetta blast, was assembled by the LeJ people in the Akbari Mandi area of Lahore. He added that at least two of the four LeJ men killed in a shootout by the security forces a day after the recent Quetta carnage, which had been involved in the gory incident, belonged to Rahim Yar Khan – the native city of both Malik Ishaq and Maulana Ludhianvi. But he regretted that instead of launching a targeted operation against the LeJ network and its leaders, the Punjab government was merely taking cosmetic measures against them to ease off the pressure for the time being which is not enough.

“It is an open secret that the PML-N government in the Punjab is not in a position to launch a crackdown against the Lashkar and the Sipah because of the recent seat adjustment deal between the Ahle Sunnat Wal Jamaat and the Sharif brothers for the coming polls. But I would like to warn the PML-N leadership that they would have to pay a heavy price in the elections if they decide to join hands with these anti-state extremists whose ultimate agendas is to destroy Pakistan,” said the Hazara Democratic Party chairman.

Punjab government spokesman Pervaiz Rasheed had stated the other day in a press release that the PML-N has neither shortage of candidates for the general elections nor it needs the support of any extremist group to win the elections. “The Punjab government has never supported any extremist group or organisation on the issue of sectarianism,” he added.