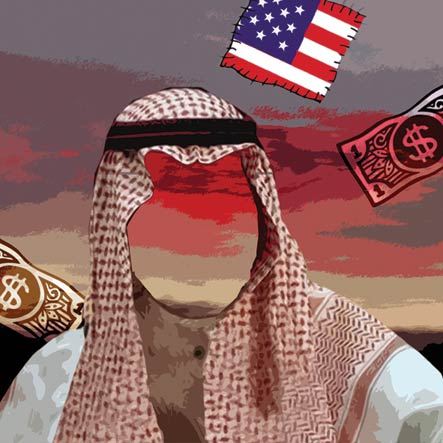 After thousands of Pakistanis turned up at the many sit-ins that took place across the country to protest against the brutal terrorist attack on the men, women and children of the Hazara Shia community in Quetta, something unprecedented emerged.

Perhaps for the first time in Pakistan, the media and many political parties openly began to ask angry questions that went beyond the usual criticism of the rather obvious incompetence of the PPP-led government and, of course, the now ubiquitous fist-waving anti-American rhetoric.

These questions contain nothing new. It’s just that most media personnel and politicians in Pakistan have found it hard to ask them. Mainly because they involve an awkward inquiry into the role of some rich, oil producing Arab monarchies in propping up and funding militant Sunni (Deobandi and Wahhabi) outfits and terror groups in Pakistan.

But today, as Pakistanis get down to understand and debate the recent spats of mass violence against the Shia, not only do they lambast and question the competence of civilian and military intelligence agencies, many can also be seen thumping desks on mainstream television, demanding an inquest into the role played by certain Arab monarchies in patronising violent sectarian organisations and extremists.

Experts (and I’m not one of them) have laid out a number of theories regarding the above-mentioned issue.

These talk about an ideological, sectarian and ‘geopolitical’ proxy war between countries like Saudi Arabia, Qatar, Oman and Kuwait on the one side against the non-Arab and Shia Iran on the other. Also in the mix are the US, China and, of course, India.

All are explained to have been using Pakistani agencies, governments, terror outfits and most of all, Pakistani territory to fight these proxy wars.

Well, this is for the experts to elaborate and explain. To me more interesting is the nature of voices now emerging in Western academic circles that have only recently broken the shackles and questioned the deeds of the Arab ‘petro-dollar’ in the workings of various European and American universities and research facilities.

In other words, whereas countries like Saudi Arabia have often been accused of funding violent ‘Wahabi’ outfits in poorer Muslim countries and set up madressahs and mosques that propagate anti-Shia, anti-Barelvi and anti-liberal sentiments, some suggest that the same petro-dollar was also used to infiltrate and quietly ‘buy out’ various opinion-making circles in the West.

Right after the tragic 9/11 episode, a series of books and debates (on TV) appeared in the US and Europe trying to figure out exactly what had happened.

One of the most common expressions reflecting the bafflement was ‘why do they hate us’?

This is when a succession of authors and academics rose angrily to suggest that the answer to this question was always in front of their respective governments but they chose to ignore it.

And no, the answer had little to do with American foreign policy, as such.

To authors and intellectuals like Christopher Hitchins, Walid Phares, Sam Harris, Brigitte Gabriel and even well-known authorities on Islamic politics, Vali Nasr, Ziauddin Sardar and Madawi Al-Rasheed, the answer to the question lay in the West’s own self-imposed ignorance of what had been brewing and spawning right underneath its nose.

In a series of papers and books written after 9/11, these authors (and more) explained how in a two-pronged onslaught, oil-rich Arab monarchies bankrolled a destructive Islamist narrative that, on the one hand, gave birth to violent extremist and sectarian monsters in Muslim countries, and on the other hand, raised a stream of apologists within American and European intelligentsia.

Take for instance the reaction of some members of the Western academia to 9/11 and to the post-9/11 extremist violence witnessed in Muslim countries.

Established authors like Tariq Ali, Karen Armstrong, Tariq Ramadan, John Esposito, Akber S. Ahmed and a number of others were quick to link the 9/11 episode with the United State’s ‘pro-Israel’ foreign policies and ‘ imperialism’.

Such authors, especially to those Muslims living in lands that have become havens for murdering marauders and suicide bombers, should seem like ignoramuses and naïve (if not entirely dishonest).

Some of these authors have even gone on to explain extremist groups as being expressions of ‘anti-imperialist’ defiance!
The truth is, extremist violence that is explained away by such intellectuals as an expression of a Muslim uprising against Western imperial designs and injustices, has killed and maimed more Muslims than it has people of ‘enemy faiths’.

In the end, really, it’s just about hordes of fanatics out to attack humanity of any creed, colour and political disposition. And those who give such actions an apologetically analytical ring are simply sounding silly.

Academics and intellectuals, who’ve risen to challenge such apologias, sight the year 1973 as the starting point of the creation of the modern-day ‘Islamist apologist’.

As the 1973 Arab-Israel War ended in a stalemate, oil-producing Arab countries slowed down oil production triggering an unprecedented price hike in oil products. This move began to fill the coffers of these countries like never before (the petro-dollars).

Petro-dollars began being pumped into Western educational institutions to influence the creation of a narrative within the West’s prime academic circles.

The narrative was not only critical of Israel but also of secular democratic movements taking shape in the largely dictatorial Arab countries. Ironically, all the while most of these rich Arab monarchies remained in the ‘American camp’.

Authors like Walid Phares suggest that the narrative was largely anti-democracy but in the guise of being anti-Israel.

Petro-dollars also erected puritanical madressahs and ‘Islamic Research Centres’ in developing Muslim countries. This eventually began moulding a mindset that was not only repulsed by the West and the US, but also by those Muslims who didn’t fall into the category of ‘true faith’.

The funding in this respect grew two-fold after the 1979 Islamic Revolution in Iran.

Seen as a ‘Shia uprising’, the Arab monarchies became more aggressive in their ‘educational ventures’ when Iran’s Islamist regime began to fund the proliferation of its own version of political Islam.

In this war of funded narratives the truth got seriously muddled. Posing to safeguard Islam from the influence of atheistic communism and Jewish hostility, the truth was that the petro-dollar was being used more to safeguard the dictatorships and monarchies in the Arab world from concepts such as democracy and socialism.

In the US, the petro-dollar rolled out apologists from prestigious universities who (both consciously and at times otherwise), ignored the atrocities of Arab dictatorships and monarchies against political dissent, but went on to explain Islamist violence as some kind of a liberation movement against ‘Western/US imperialism’!

A decade after 9/11 and with the emergence of phenomenon like the Arab Spring, the Western governments have now finally become aware of the intellectual charade exercised by the apologists present within the Western intelligentsia.

This intelligentsia has begun to start sounding mighty daft for calling violent and anarchic Islamist militancy as an expression of Muslim reaction to ‘US imperialism.’

Especially in the wake of the democratic uprisings in the Arab world that have largely held their own dictators, ulema and kings as being the real culprits behind their long-standing humiliations and economic and political miseries.