Home  »  Featured • Original Articles   »   Killing of Shia doctor Ali Haider and his son in Lahore: the FIR must name Shahbaz Sharif too – by Shazia Najmi 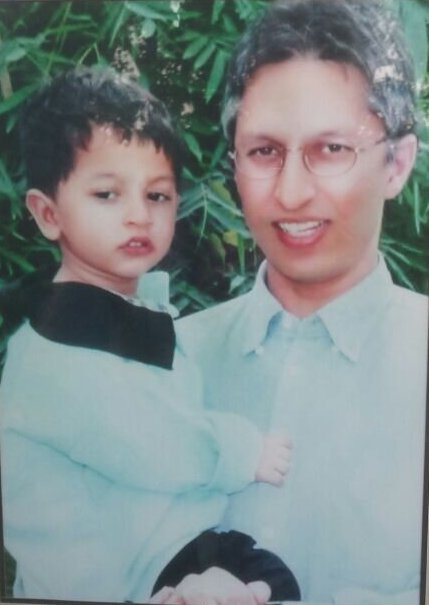 Dr. Ali Haider and his 11-yr old son were killed by PMLN-backed ASWJ militants in Lahore

Yet another doctor in the Punjab ruled by Shahbaz Sharif, the Patron-in-Chief of the Lashkar-e-Jhangvi, has fallen along with his 12-year old son (http://tribune.com.pk/story/508975/target-killing-doctor-son-shot-dead-in-lahore/)

This reminds one of the spree of 126 Shia doctors killed during the first chief ministership of Shahbaz Sharif which started in 1990 and lasted only two years.

On the morning of 18 February as the non-Takfiri Pakistanis were mourning the killing of 87 Shias in Quetta, Lashkar-e-Jhangvi struck in Lahore and killed Dr Ali Haider and his son Murtaza Haider near FC College, which is one of the busies area in Lahore. The killers patiently pumped 6 bullets into Dr Ali Haider’s head and then pumped one bullet into his son’s head, and then leisurely disappeared on a motorcycle.

Dr Haider Ali was one of the most respected doctors in the medical community of Lahore. He was a top eye-specialist and had been working at the Shaukat Khanum Memorial Trust, Lahore.

To his credit, Shahbaz Sharif has not even said a word by way of condemnation. LUBP understands his dark, Satanic honesty. At least he is not a cowardly hypocrite like the PPP leadership. Readers of LUBP must be reminded that during his incarceration, Malik Ishaq, one of the founders of Lashkar-e-Jhangvi and a self-confessed killer of 70 Shias, was given a huge monthly stipend by Shahbaz Sharif’s government. His Law Minister Rana Sana openly moves around in the company of Mullah Ludhianvi and his gun-toting assassins and terrifies Shias, Ahmadis, and Brelvis. 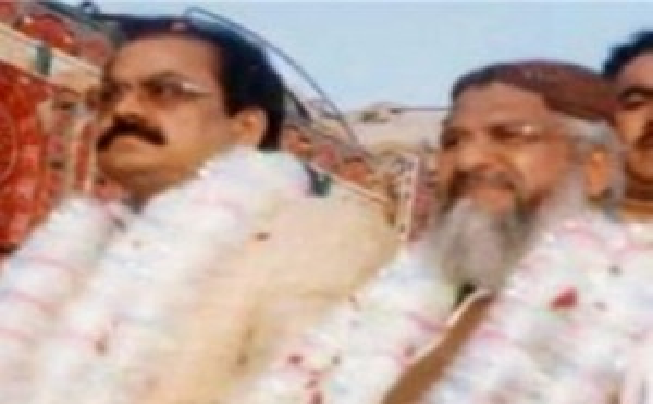 Rana Sana with Mullah Ahmad Ludhianvi campaigning for Shahbaz Sharif’s candidate in a by election.

Now thanks to the efforts of Shahbaz Shairf, the PML-N has formally entered an electoral alliance with SSP/ASWJ, the political wing of Lashkar-e-Jhangvi. This has resulted in the following poster and many like it: 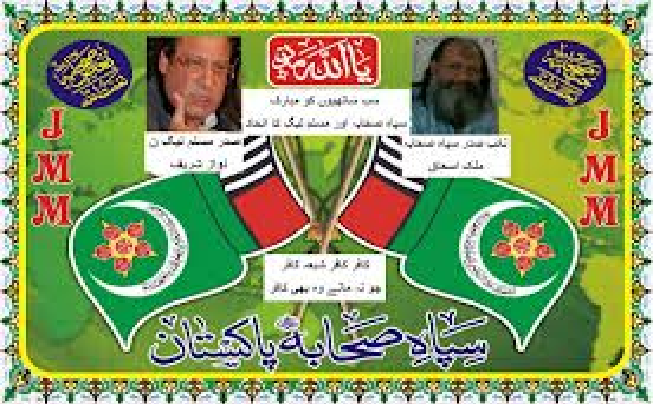 Shias are Infidels and Nawaz Sharif and Malik Ishaq are brothers-in-Islam who will destroy the Shias!

It is Shahbaz Shairf who has given Lashkar-e-Jhangvi complete freedom to demonize the Shias. The killing of Dr Haider Ali and his little son must be an eye opener for the Shias. We advise his family to file the FIR (First Information Report) in which Shahbaz Sharif should be nominated as one of the backer of the criminals who have killed an educated man, who was a respected doctor, a loving husband, an affectionate father, and a great friend. This is the only way for the grieving family of Dr Haider Ali in the given circumstances. Shahbaz Sharif and the assassins enjoying his backing are cowards. Once an FIR is filed against him, he will know that in future, it can be taken up by some honest person who is in the position of power too. Once an FIR has been filed against him, he will think twice before letting his Lashkar-e-Jhangvi act with the usual impunity. The money was given to support Ishaq’s family, says Rana Sanaullah. PHOTO: NNI

LAHORE: Malik Ishaq enjoyed Punjab government’s financial assistance ever since the Sharif’s came to power in 2008, officials on condition of anonymity told The Express Tribune.The accused terror kingpin belonging to banned Sunni outfit Lashkar-e-Jhangvi (LeJ), nominated in 44 cases in which 70 people were killed, allegedly received a monthly stipend, during imprisonment, from the Punjab government.

Punjab Law Minister Rana Sanaullah confirmed the disbursement but clarified that it was given to Ishaq’s family, not him, as per orders of the court. However, upon further investigation, it was revealed that nor was there any such disbursements during former president Musharraf’s tenure, nor was there any court order pertaining to the matter.

Meanwhile, one of the key witnesses in Ishaq’s court case, Fida Hussain Ghalvi, is receiving police protection to avoid any untoward incidents, highlighting concerns arising from Intelligence and Law Enforcement Agencies (LEAs) after the release of Malik Ishaq.

Ghalvi while talking to The Express Tribune confirmed that on the direction of Multan City Police Officer Amir Zulifqar, Multan and Vehari police have provided two policemen to him for security protection. Furthemore, Ghalvi has also relocated from his native town out of fear for his own life. He had been currently residing in two different locations, moving back and forth for security purposes.

However, leaving Ghalvi out, two other key witnesses and one complainant have not been provided any security as of yet and fear for their lives.  The men identified as Khadim, Sikandar and Abdul Ghafour (complainant) are the only people to have survived the court cases which have taken 20 lives, including eight people who were murdered purely for being associated with the case.

“I can be attacked at any time and I do not know if I will be alive tomorrow or not, as you know almost everyone who was a witness or a relative has been slain,’ said Sikandar, who  now operating a cloth store in Dokota on Multan Road.

“When Ishaq was in jail eight people were killed mercilessly by the same group,” said Khadim Hussain, who is now a farmer in Dokota.

The complainant (Abdul Ghafour) of the first case against Ishaq in which 12 people were massacred during a majlis, said he has been awaiting justice for 14 years but has completely lost hope since the release of Ishaq.