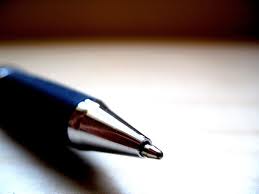 As our readers are aware, Abdul Nishapuri, the founder-editor in chief of LUBP has now resigned and this position was taken up by Ali Taj. The new editorial team has completely taken over the editorial responsibilities and is in a transformation process. Over time, LUBP has become Pakistan’s most popular blog which receives not only wide readership but contribution from various writers. It is of course difficult to fulfil editorial responsibilities for an active blog like LUBP which receives lot of contributions and attention.

Now that we are in transformation process, as promised, we would like to take this make LUBP more effective. LUBP has always been and will remain a progressive forum which believes in secular democracy and intends to campaign for all oppressed people and communities of Pakistan. Our archives are testimony to the fact that we have clearly raised our voice for Ahmadi Muslims, Christians, Hindus, Balochs and other oppressed and persecuted communities of Pakistan. Similarly, we have been vocal to ensure not all Sunni Muslims of Pakistan are bracketed as anti-Shia and have tried to direct our criticism at the specific militant groups i.e. Takfiri Deobandis. We remain committed to foster not only Sunni-Shia unity but also unity between all faiths, sects and ethnicities of Pakistan.

We aim to reposition LUBP as a more mainstream blog and continue our struggle for a progressive, secular democratic Pakistan voicing for oppressed communities of the country. We have faced severe criticism – both healthy and negative, we have received suggestions, comments and feedback. We would like to thank everyone for this and will use this to rebuild LUBP.

We would like to clarify that we hold nothing against any particular community, religious group or an individual. Some friends and well wishers know that we have been trying to engage for feedback to help us reposition LUBP and we ensure that we will use all of that feedback. Taking this opportunity, we will also add that despite our attempts to engage with people and showing intent to reposition LUBP, some people have been targeting us and attacking our editors personally which is of no help.

We trust our readers will understand our viewpoint and appreciate the need to describe the situation with sharper focus rather than painting the situation in Pakistan with a broad brush. Broader generalizations (e.g., holding “Sunni” militants responsible for Shia genocide etc) dampen people’s motivation and ability to prescribe the key problems and diminish the possibility for reforms.

We remain at your entire disposal for further discussions in the matter and are confident that we will be able to understand each other and work in tandem for a purpose which is worthwhile for LUBP and all social media activists.

Just as we believe in our viewpoint as described in this letter, we also sincerely believe in engagement and feedback.