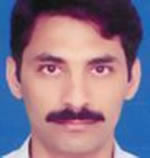 Ahmad Noorani writes a ‘top story’ in The News today that is an example of yellow journalism at its worst. The article, “President confuses PPP Jialas and the nation“, is a political ‘hit job’ and not a serious piece of journalism. Moreover, the author’s argument contradicts recent reports found in his own newspaper.

Ahmed claims that the president does not want to locate and try the killers of Benazir Bhutto. This is a blatant mischaracterization of the president’s remarks in an effort to score political points.

Despite making this claim about the president’s statements, Noorani does not actually provide quotes that back up his claims. Perhaps that is because the actual statements of the president are not as Ahmad Noorani tries to twist them.

Actually, the president has repeatedly said the same thing – that his government will not practise revenge, but will respect the due process of proper law and order. This is even reported in The News on 22 April 2010:

“We do not believe in the politics of revenge. The law will take its own course and the people who are responsible for the martyrdom of Mohtarma Benazir Bhutto will be brought to justice, not to revenge,” the president said while addressing PPP workers, members of the bar and the People’s Lawyer Forum from Bahawalpur, Multan and DG Khan divisions here at the Ashraf Sugar Mills.

This is clearly a call for a proper investigation and trial of the killers of Benazir Bhutto, not, as Ahmad Noorani falsely characterizes it, a call to abandon the investigation. Or does Ahmad Noorani believe that there should be simply a revenge killing of some scapegoat with no due process?

Because President Zardari’s statements about the ongoing investigation and forthcoming trials for Benazir Bhutto’s murderers have been quite clear, it is hard not to come to the conclusion that Ahmad Noorani is not engaging in journalism, but is using his position at The News to engage in a political ‘character assassination’ of the president.

It turns out, Mr Noorani, a protege of long-time Zardari critic Mr Ansar Abbasi, is no stranger to political hit jobs. According to research conducted by blogger Mohtasib, in April 2000,

In April 2000, Bahawalpur’s Civil Lines Police registered a case against AhmedNoorani for violating section 144 CrPC, which was imposed to refrain miscreants from provoking sectarian sentiments in the area known as a hotbed of sectarian militancy.Noorani had plastered the walls of Islamia University of Bahawalpur with posters carrying objectionable slogans against some sects (see the police report).

Nor is this the first time that Ahmad Noorani has used his position at The News to write some political propaganda under the cover of journalism. Mr Yousuf Nazar wrote about Ahmad Noorani’s misleading reporting about the 18th Amendment in April of this year.

This raises the question of whether or not Ahmad Noorani is a reporter or a political operative. Judging by this article, the answer does not look good.