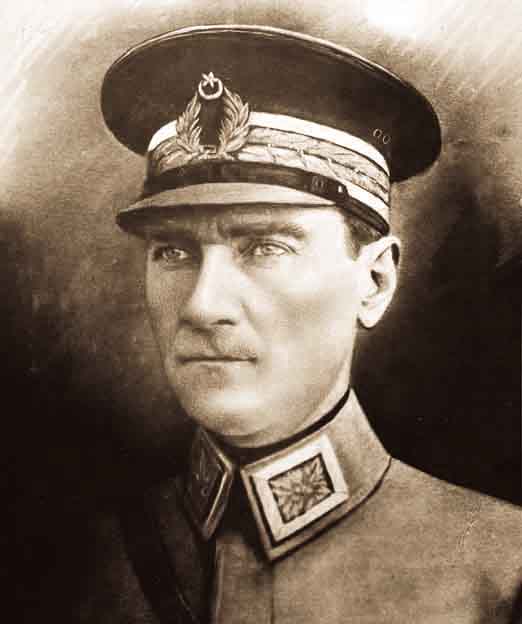 The Ottoman Empire was ruled by a single family for almost seven centuries (1301-1922). The entire power vested with a single ruler called the Sultan within a highly centralized system of governance. Education was controlled by the state and religion was incorporated in the state structure. The Sultan who also happened to be the Caliph was considered as the “protector of Islam.” The Islamic ideology and the concept of Jihad united the ruling elite. Effective application of the concept of Jihad resulted in an Empire stretching from the shores of Arabian Peninsula to the outskirts of Vienna.

The successive Sultans established units of extremely fanatic slave fighters who were mostly Christian converts. These slaves were equipped with high-quality gunpowder. They participated in the conquest of Constantinople in 1453, marking the end of Byzantine Empire after 1100 years of rule. The city of Constantinople was then renamed as Istanbul i.e. “city of Islam.” Under the Millet system minorities were given limited rights, however, they would pay jazia (Islamic tax) as dhimmis (low caste citizens) to the state. Some of them, seen as performing services for the state were exempted. The jazia regime was relaxed in the mid-19th century.

The devshrime (gathering) system was introduced in the 14th century where conquered Christian communities, particularly in the Balkans had to surrender twenty percent of their male children to the State, who were then converted to Islam to serve as slaves. The devshrime continued till the end of the seventeenth century. A policy of fratricide was also exercised wherein all brothers of the Sultan would be locked up and later killed as and when the heir to the throne was born. The Sultan lived in the Topkapi palace and would wear a new silk robe every day. To give legitimacy to his rule Prophet Mohammad’s mantle, standard and footprint were brought from Egypt and placed in Topkapi palace so that the Sultan could claim leadership of all Muslims. More than 1000 concubines brought from all over the world inhabited the small rooms of Sultan’s harem while the permanent staff comprised eunuchs.

Mustafa Kemal Ataturk assumed Turkish presidency in 1923 and the first thing he focused on was the framing of a new constitution which was promulgated in 1924.

Unlike the despotic Sultans who remained active on the external front capturing more and more territory for the Ottoman Empire, Ataturk concentrated on internal reformation. He transformed Turkish society from perceiving itself as a part of a vast Muslim Empire into a modern, democratic, and secular nation-state and dedicated his life to social, legal and political reforms.

The Caliphate was abolished in 1924.The Sultan and his family were exiled after being declared persona non grata, and a new constitution took effect in the same year. To replace caliphate, popular sovereignty was established through representative democracy. The state ensured freedom of religion and worship while standing aloof without exercising any influence, as there was no room for political Islam in the new system. In the same year i.e. 1924,the Islamic education was replaced by the National Education System. Islamic law and Islamic courts were abolished and replaced by Swiss civil and Italian penal code.

Beginning in the year 1923, laws were passed which banned religious clothing such as the fez (traditional headdress) and the turban whereas wearing the burqa (veil) was discouraged. On the other hand Western-style attire was actively promoted, like the hat was made compulsory for civil servants.

On February 25, 1925 the Turkish Parliament passed a law stating that religion was not to be used as a tool in politics. Although the political power of the Caliph was neutralized, Muslim brotherhoods in the form of convents and dervesh lodges still existed. This was an extension of political power of the Caliph in the society. These were also disbanded. In 1928 the constitutional provisions declaring Islam as the state religion were also deleted. The Millet system which granted limited rights to minorities was also brought to an end.

Ataturk, through a series of reforms granted women not only the right to vote and get elected, but also instituted legal equality between the sexes. The institution of polygamy was prohibited as well as divorce by renunciation while civil marriage was introduced.

The current 29-letter modern Turkish alphabet was established replacing the complex Persian-Arabic script. All parallel systems of education were unified including the madrassa schools and brought under the control of the Ministry of National Education.The old-style universities were closed down and large-scale transfer of scientific knowledge from Europe was instituted.

Numerous state-owned factories were set up for manufacturing and processing agriculture produce. An entire rail network was also established throughout the country in a short span of time. Gregorian calendar replaced the Islamic calendar and Monday to Friday workweek was instituted.Prior to that, the weekly holiday was observed on Fridays which was replaced by Sundays as the official day off. The international system of measures was also adopted. Despite protests by some on religious grounds Ataturk ceded nothing to the traditionalists and stayed firm.

Mustapha Kemal Ataturk is a shining example of a visionary leader who transformed a theocratic state into a modern secular state. Today Turkey’s GDP (Purchasing Power Parity) is US $960.5 billion, against Pakistan’s US $464.9 billion, while its GDP growth rate is 8.2% vis-à-vis Pakistan’s 2.3%.Turkey’s GDP per capita is US $ 12300 in contrast to Pakistan’s US $ 2500, whereas the tax to GDP ratio in case of Turkey is 32.5% against Pakistan’s 10.2%.Despite political upheavals, Turkey has a strong and stable secular democracy and it enjoys a respectable position in the comity of nations.

Why is it that Turkey progressed and Pakistan regressed?

When in 1928 the Turkish Parliament was opting for a secular state and the constitutional provision declaring Islam as the state religion was being deleted, 21 years down the road in 1949 Pakistan’s Constituent Assembly was passing the Objectives Resolution, moved by Liaqat Ali Khan, the Prime Minister, proclaiming that the future constitution of Pakistan would be modelled on the ideology and faith in Islam. In the 1973 constitution Islam was declared as the state religion.

When in the 1920’s the Turkish Parliament was adopting time-tested European models to reconstruct their civil, commercial and penal law, Pakistan’s 1973 constitution envisaged that “All existing laws shall be brought in conformity with the Injunctions of Islam as laid down in the Quran and Sunnah”.

And then came the fall out. The Ahmadi riots of 1953, to banning of Christian nurses’ recruitment above their representation in the population in 1979, to the introduction of separate electorate for minorities, to the insertion of section 295-C in the penal code in 1986,we find the State not playing an impartial role but acting as a party in matters of faith. In 1985 the words relating to freedom of religion for minorities were expunged from the constitution by Zia-ul-Haq.

Sectarian killings, terrorism and insurgencies followed. And presently Pakistan is the undeclared hub of international terrorism, while militant organizations with their own brand of Islam proliferate. The normal sections of the society are confused, while caught in between defining Islam and adapting to demands of a modern life, often causes the narcissistic personality syndrome.

Introduction of Islam into matters of faith by the state is now taking its toll.The Judge who sentenced MumtazQadri, Salman Taseer’skiller, has left the country along with his family due to threat to his life, while MumtazQadri the convicted murderer awaits a hero’s welcome as and when he comes out of the gates of Adyala Jail.