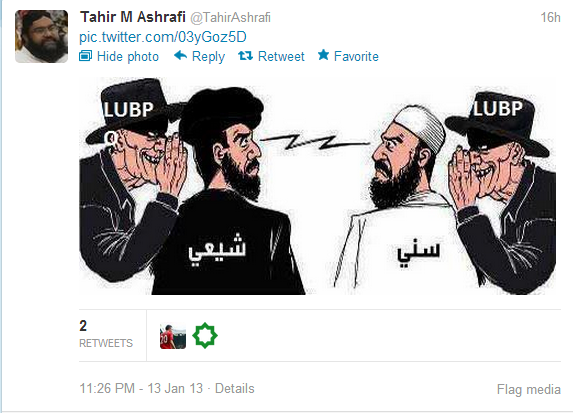 Tahir Ashrafi Deobandi (Chairman of Deobandi Ulema aCouncil Pakistan, and an ally of banned Deobandi terrorist outfit Sipah Sahaba (SSP aka ASWJ) has announced that he will take legal action against LUBP (www.lubpak.com), a popular Pakistani liberal blog that claims to promote alternative journalism and activism in Pakistan’s social media.

In the past, Maulana used abusive remarks against LUBP and its editor Abdul Nishapuri: https://lubpak.com/archives/237523

On 13 January 2013, the Maulana published a cartoon in which it was shown that LUBP is misguiding both Shia and Sunni to incite Sunni-Shia sectarian violence in Pakistan. (see the headline picture)

In his remarks on Twitter on 14 January 2013, Maulana Tahir Ashrafi Deobandi announced:

LUBP is an enemy of both Sunni and Shia. It only spreads hatred.

If LUBP had remained confined to writing against Takfeer (declaring others Kafir) and Takhreeb (destruction), I would have been with them, but they (LUBP) are creating Sunni-Shia fight in Pakistan. LUBP publishes many articles daily which are nothing but lies.

Iranian loyalist blog LUBP has been tasked to create more and more destruction in Pakistan through lies. 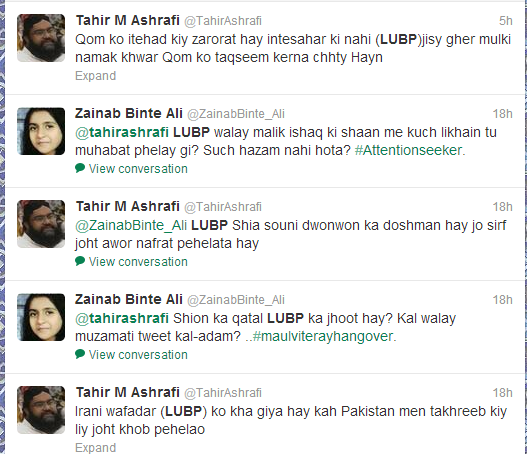 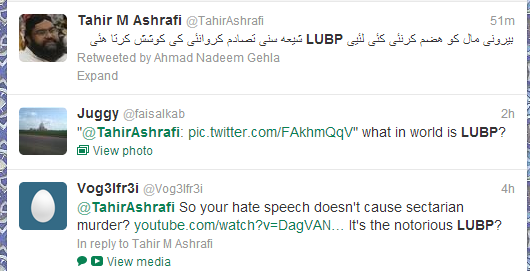 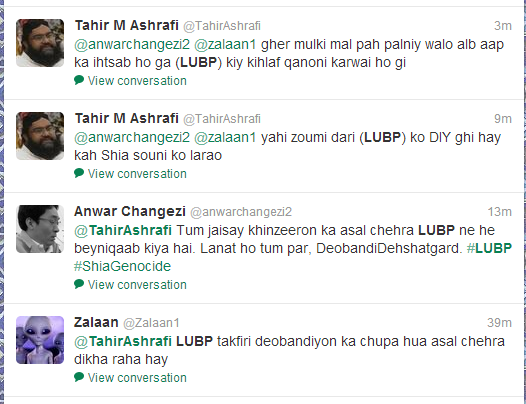 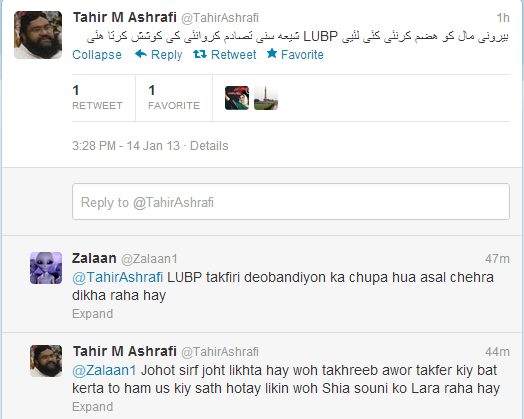 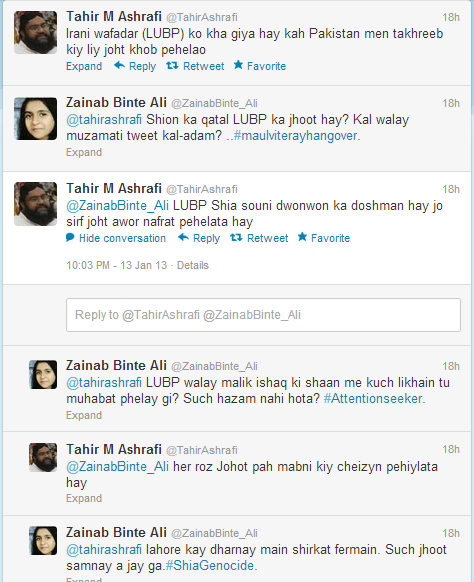 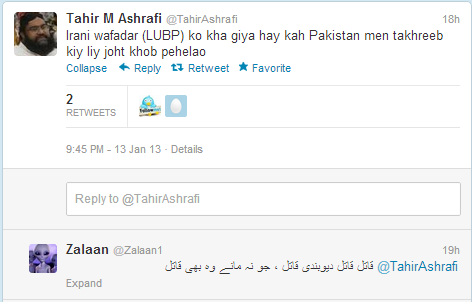 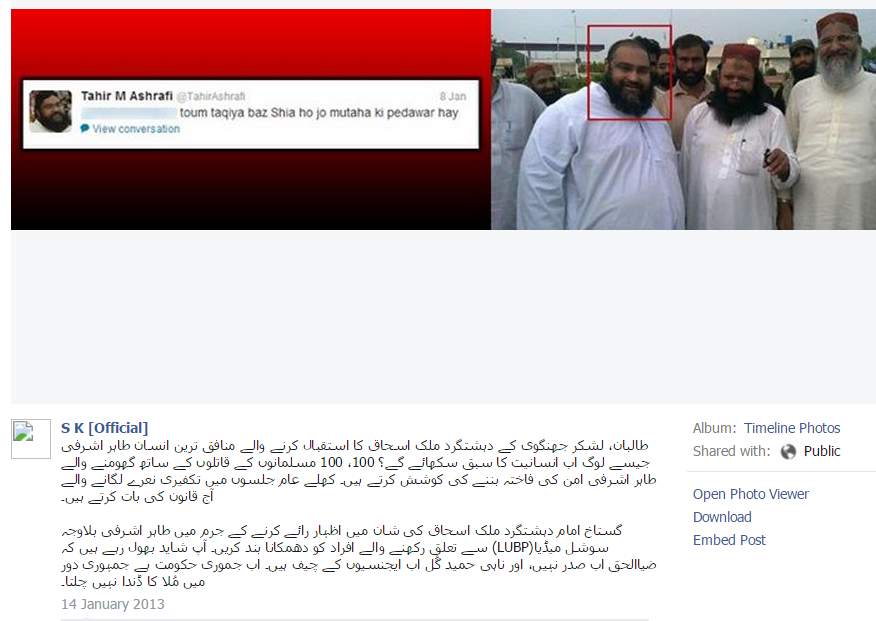