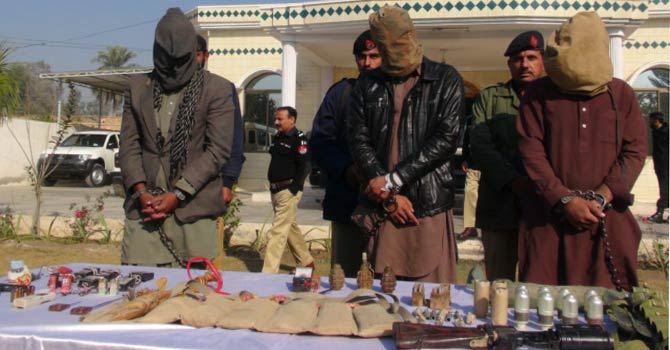 DERA ISMAIL KHAN: Four Deobandi terrorists of Sipah Sahaba (aka LeJ-ASWJ), including the mastermind, involved in 9th and 10th Muharram processions and 11 other terrorists incidents in Dera Ismail Khan have been arrested from the city in different raids.

The mastermind of the terrorist group is a police constable who is also the son of a serving Deputy Superintendent of Police in Prosecution wing, officials said.

Deputy Superintendent of Police Dera Range, Qazi Jamilur Rehman speaking to media said that suicide jackets, explosives, detonators and huge quantity of arms and ammunition have also been recovered from the houses of the accused.

Qazi Jamil said that the mastermind of this group, Waleed Akbar Deobandi, was the son of P-DSP Akbar Ali deployed in Dera Ismail Khan while the other accused have identified themselves as Ikramullah Deobandi, Ilyas Deobandi and Abbas Ali Deobandi.

“The terrorists had planned attacks on the 9th and 10th Muharram processions at the house of Waleed Akbar and the plan was executed by the others with the help of some local operators who are being traced,” he added.

To a query he replied that the group was also involved in 11 other terrorism incidents in the Dera Ismail Khan city, including a suicide attack on DSP Abdul Ghafoor, an attack on the DPO office, 9th and 10th Muharram processions and the killing of a number of Shia leaders in Dera Ismail Khan.

Intelligence sources said that the four were members of banned Sipah Sahaba, Lashkar-i-Jhangvi with overlapping membership in Taliban (TTP), and were financed by Al Qaeda and (Arab) foreign countries.

The official also said that Waleed Akbar Deobandi who used to plan the attack had a clothes shop in Commissionary Bazaar.

The police got the lead from there after interrogations during their investigation of the Commissionary Bazaar blast on 10th Muharram which had left eight people dead and scores injured.

The blast on 9th Muharram at Toya Fazli had also left five people dead while more than 130 people had been injured in the two blasts.

Qazi Jamil further told that the Deobandi terrorists during interrogation had also divulged their future plans to conduct more attacks, which include suicide attacks on the police lines, City Police Station, the DPO office and also the target killing of Shia leaders besides targeting of Shia processions and the Shia leaders. 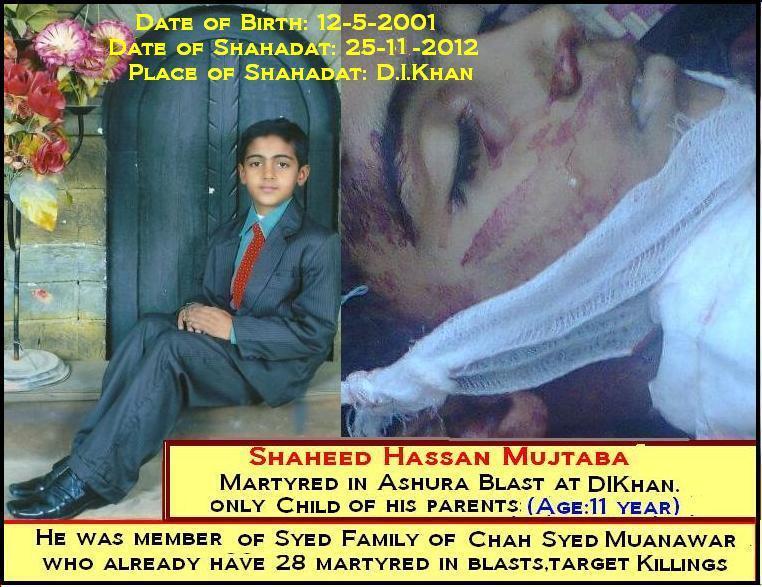 14 Sunni and Shia Muslims including 5 children were killed by Deobandi militants in two attacks on Muharram processions in D.I.Khan on 24 & 25 Nov 2012