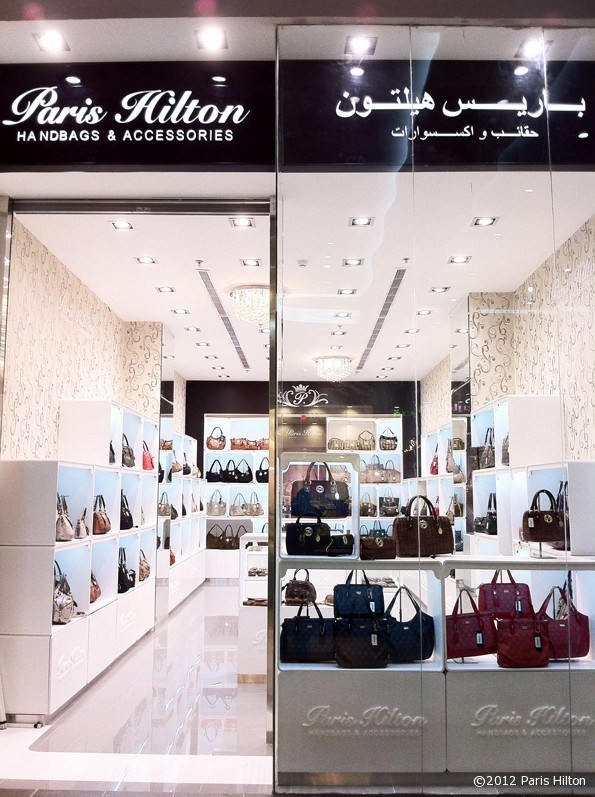 More and more people are speaking out against the Saudi regime, and the way in which its Wahhabi ideology has linked together an utter disregard for the historical heritage of Muslims with an unabashed embrace of vapid capitalism. In both Mecca and Medina, the Saudi state has already bulldozed over 90% of the Islamic monuments going back some 1400 years. In their place, they are putting up five star hotels, parking lots, and shopping malls.

Adding injury to insult is this: In the same cities of Mecca and Medina that historical shrines and cemeteries of the family of the Prophet have ben bulldozed by the Wahhabi state, we now have the establishment of shopping malls featuring…. Paris Hilton.

So this is what it has come to. The so-called “Guardians of the two sanctuaries” bulldoze Islamic history, tear down the houses associated with the Prophet and his family, and in its place put up shopping malls by vapid symbols of the most crass capitalistic materialism the world has to offer. No wonder many are talking about the transformation of Mecca into another Las Vegas.

Yes, the Saudis have bulldozed:

*An Ottoman Fortress overlooking and protecting Mecca, plus a whole mountain, was removed to put down the monstrosity known as the Mecca Royal Clock-Tower, aka “Big Ben on crack.”

*The house the Prophet was born in, currently a library, is under consideration for destruction.

*The house of the Prophet’s wife, Khadija, who is referred to by Muslims as the “Mother of the Faithful” was recently torn down, and in its place a row of toilets were established.

*Old Ottoman and Abbasid columns will likely be torn down to make room for a 680 million dollar expansion of the Great Mosque.

*The old historic cemeteries of Jannat al-Baqi, containing the remains of the descendants of the Prophet, have been bulldozed, and nothing but a dirt mound remains of the former shrines there.

Sami Angawi, the director of the Hajj Research Center which is trying to preserve what’s left of the Islamic heritage of Saudi Arabia says of the Saudi state:

“They are turning the holy sanctuary into a machine, a city which has no identity, no heritage, no culture and no natural environment. They’ve even taken away the mountains.”

Often the excuse is used that with the global increase in the number of Muslims coming to Mecca, these expansions are necessary to accommodate these pilgrims. However, there is no reason why the hotels for the pilgrims couldn’t be put outside the historical center of Mecca, thus preserving the monuments.

Furthermore, in place of these historical monuments, many of which hold a sacred significance to all Muslims outside of the Wahhabi sect, the Saudi state is building five star hotels that cost as much as $7,000 a night. In other words, these policies are not only bulldozing the history of Islam, they are also subverting the radical egalitarian teachings of Islam most beautifully symbolized in the rich and poor standing shoulder to shoulder wearing simple unadorned clothing in the House of the One God. Now the poor teeming masses are below, and the ultra-rich can reside in their 5-star suites looking down at the Ka’ba. Lastly, these absurd towers even displace the very symbolism and centrality of the Ka’ba.

“They paved Paradise,
Put up a parking lot.”

The Saudis make a great deal of their honorific as the “Caretaker of the two Noble Sanctuaries” in Mecca and Medina. One has to wonder about a kind of Care that says no to the legacy of Muhammad, bulldozes it, and invites Paris Hilton in its place.

The Prophet Muhammad once said that Islam began in this world as a stranger, and it will someday return as a stranger.

In looking at the uber-Capitalist, history-bulldozing practice of the Saudi/Wahhabi state, one cannot help but cry at the strange kind of Islam that now rules over the House of God and the home of the Prophet.