The Taliban regime of Mullah Omer ruled Afghanistan, or at least a majority of Afghan territory, from 1995 till October 2001 when the US began a retaliatory military campaign against the country to avenge the September 11th terrorist attacks.

During this period, the Taliban attained world-wide notoriety for their despotic rule and obscurantist policing of Afghan society. Women, minority sects and some ethnic groups were the hardest hit communities under the Taliban fiat. Such communities have greatly benefited from the wave of freedom that swept through the country as the Taliban militia slowly but surely gave way to the NATO-backed opposition Northern Alliance forces in Operation Enduring Freedom.

It is a known fact that, under Taliban rule, the Shia community of Afghanistan was barred from holding mourning processions in public to mark the martyrdom anniversary of Prophet Mohammad’s grandson, Imam Hussain (A.S). Coupled with the brutal campaign of wanton violence and massacre of the Shia community that went along with it, the Taliban left no stone unturned in making sure that the Shias were exterminated from Afghanistan, both physically and socially.

Sadly, for the past few years the Shia community of Pakistan too has been facing the brunt of a relentless campaign of targeted assasinations orchestrated by Sunni extremist organisations such as Lashkar-e-Jhangvi, Sipah Sahaba Pakistan and Ahle-Sunnat-Wal-Jamaat. The leaders of these sectarian organisations inexplicably enjoy absolute freedom while propagating their hateful ideologies that encourage the slaughter of more innocent Shia Pakistanis. What’s even more baffling is the veiled, latent support the cause of these terrorists gets from some individuals and organisations that are, for better or worse, perceived as being of liberal orientation!

Case in point: the veteran Pakistani English-language Dawn newspaper. An eminent name in Pakistani journalism, Dawn was a bequest to the Muslims of India by their foremost political leader, the Ismaili Shia lawyer from Sindh, Mr Mohammad Ali Jinnah. For years, it suffered the unjust denial of government advertisements for its resolute adherence to objective, fair and un-biased journalism. But like so many institutions in Pakistan, Dawn too has buckled before the vagaries of sectarianism. 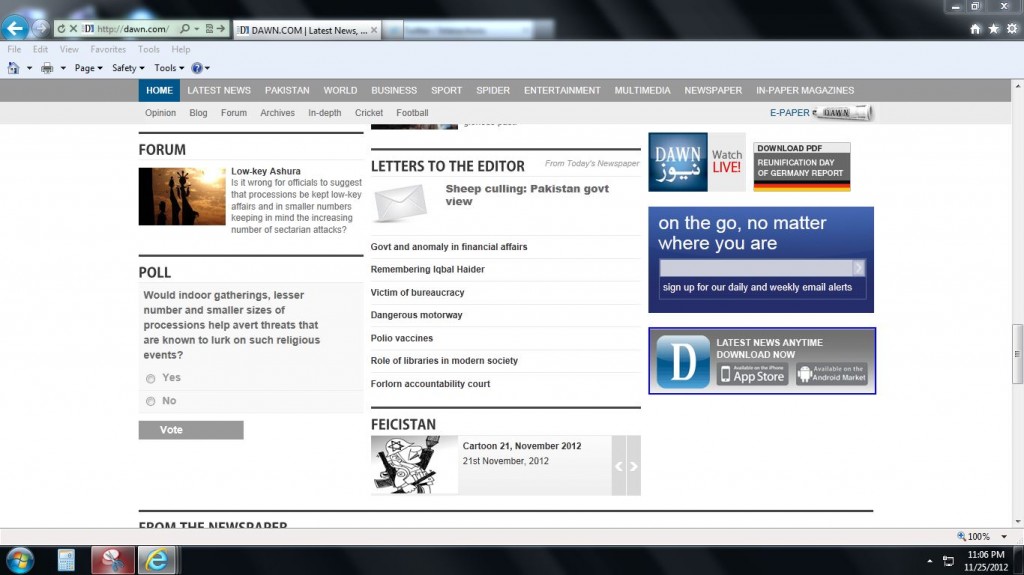 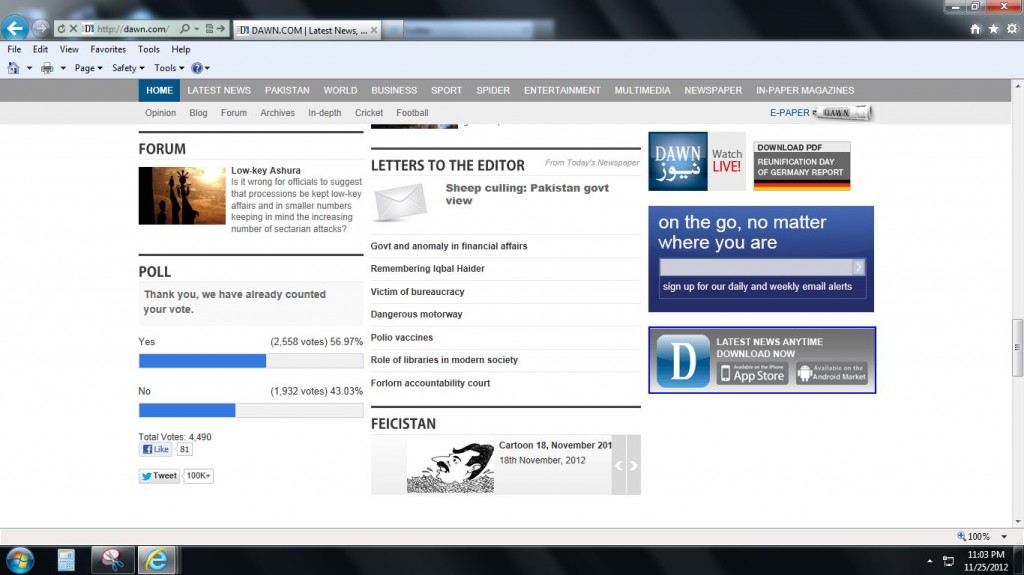 Result of the opinion poll

Featured on DAWN newspaper’s official website is an opinion poll that asks whether Shia mourning processions of Moharram should be forced indoors and done in small numbers to ensure their safety. As opposed to large, public processions that have been the usual practise for all these years. This poll came online after a series of terrorist attacks that targeted Shia congregations and places of worship in Pakistan’s major cities in the days leading up to the Ashura commemorations. Instead of calling for greater security for sensitive gatherings and locations or for the investigation and prosecution of those responsible for instigating and carrying out these sectarian attacks, the team at Dawn.com would have the Shia community go underground to stay alive!

This poll and a related DAWN.COM blog suggesting the same are sadly reminiscent of the Taliban who also denied the Shias of Afghanistan the right to hold Ashura processions in public. Such sectarian bias is grossly out of character for Dawn newspaper and the legacy it inherited and that its owner, Mr Hameed Haroon, maintained in the publication of record that I grew up with. The editors and management of Dawn Media Group should take note of this anomaly and remedy it for the sake of their decades old, unblemished reputation.