One of them commits the rape of history almost everyday despite his old age. This man is the illegitimate child of rape that was committed by General Zia ul Haq against the nation. The man calls himself “Doctor” and poses himself as the “Historian”. However in reality he is a “Butcher” and before slaughtering the history he never forgets to rape her. You guessed it right it is the “Butcher” Safdar Mehmood. 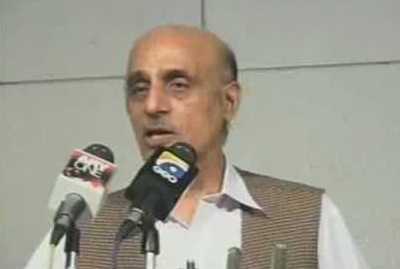 The list of crimes of Safdar Mehmood is very very long. This guy not only wrote a new history sitting in the Army House of mad dictator, the history which helped the over-ambitious mad dictator to use religion for perpetuating his rule, but also sowed the seeds of hatred in the minds of a whole generation which now have become strong trees and causing havoc in the country. He ensured that the true history is completely destroyed or polluted so much with lies and confusion that nobody finds the truth. On one hand he wrote complete falsehood and on the other hand he destroyed the actual sayings of Jinnah, under his guidance all the material possessed by the government of Pakistan including the speeches of Jinnah was destroyed.

Safdar Mehmood carved out a “wahshi mullah” out of a decent gentleman Jinnah. The example of Jinnah gives us a clue how the other personalities of Islam including the prophet Muhammad may have been distorted by the vested interests of the worst creature on earth i.e. Mullahs. Jinnah is not too distant in the history, we can still find some clues about him from the independent sources, we can still find his picture showing him a very handsome clean shaven man wearing a tasteful three piece western dress, we can still find his profile in an independent newspaper mentioning how much he loved traditional British breakfast with bacon. We can still find the references about his great taste of wine. We can still find how he loved a young dashing girl of 40 years younger than him and how he seduced the ladies due to his dashing personality. We can still know that he was a normal albiet great human being and not a “wahshi mullah”. As a human he had his own short-comings.

The “beard” has not yet grown on the face of Jinnah, his garments have not changed to “Thobe” of Arabia yet, he has not yet been married to 11 wives, his youngest and only wife is still 18 years old. He has not yet declared all Hindus & Sikhs (a la Jews and Christians) to be killed. Jinnah for majority of the nations in the world is still “Muhammad Ali Jinnah” and not “Hazrat Quaid-e-Azam Rahmatullah Alaih”.

But remember if rapists like Safdar Mehmood kept raping the history like they have been doing for the 30 years, then 1400 years down the road we are bound to find a Jinnah who will be “Hazrat Quaid-e-Azam Alaih As Salam” , with a long beard and wearing a “thobe” above his ankles, holding a “lota” in his hand, having married 9 years old Ratan Bai, with 10 other wives married in one year period after the birth of Pakistan. A Jinnah who would have declared all Hindus and Sikhs living on the land of pure (and on the whole planet) as infidels and decreed to be killed even if they are hiding behind a bush.

That’s why I insist that rapists like Safdar Mehmood do deserve the taste of their own medicine. And there is no harm (in fact it will be good for the whole world) to punish them according to their own Sharia Law.

I will talk about the other rapist who unlike raping the history probably rapes the womenfolk in his house…. you guessed it right it is Molvi Munawar Hassan. I am trying to get more information about the women/girls that are closer to him, I would appreciate if any female reader to could get this information and get in touch with “Ayesha Munawar” and other ladies that come in close contact with Molvi Munawar. I have some questions which I would like to ask these women to complete my research.