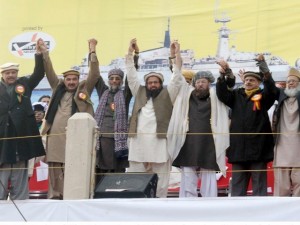 Hail to the Chief! Boo Yaaahhh!!! to all the liberal fascist “liberal scum” out there. Prepare to be dazzled by the brilliant arguements of one of the leading lights of Ghairat, Syed Munawar Hassan.

In his interview with Shahzeb Khanzada  Professor Munawar Hassan proves what an intellectual stud he is. Whenever Shahzeb asks a liberal fascist-ty type of question, Munawar skillfully evades the question and takes off on a tangent – a quality that is essential for any brave Ghairatmand. 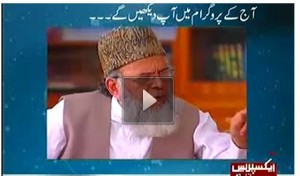 During the course of the interview Syed Munawar Hassan implies that Shahzeb Hasan is a CIA agent who has received training and supports the CIA-Blackwater march to Kahuta to capture Pakistan’s nukes. This march started in 2010.

While Shahzeb makes funs of this by joking as to why they still have not reached Kahuta after having started in 2010, the great Syed Munawar Hassan does not have the heart to tell him that it takes a long while to walk from Washington DC to Kahuta and the swim across the Atlantic can be quite taxing.

During the course of the interview,  Munawar Hassan completely shifts the focus of the interview from himself to Shahzeb Khanzada.  Through the skillful use of rhetoric, he proves that Shahzeb had probably been briefed at the CIA headquarters in Langely.  These master debating tactics made me realize what a debt of gratitude Hazrat Imran Khan and our Mummy-Daddy PTI youth troopers, oops, supporters owe to genius Munawar Hassan.  Finally, Munawar Hassan says what everyone in PML N and PTI are itching to say and that is that Osama Bin Laden is a great Shaheed (martyr).

Nonetheless, this post is about Munawar Hasan’s intellectual chops and not about my longing for lamp chops. During the course of this interview, Munawar Hasan denies that Hakeemullah Meshud is Hakeemullah Meshud.  He implicitly justifies the brave struggle of the Taliban against the Pakistani State.  At times, he even explicitly supports the Taliban’s Jihad against Pakistan.

Throughout the Inquisition by Shahzeb Khanzada, Munawar Hassan bravely answers all the questions and no one, I repeat no one can accuse him of being a coward and running away from tough questions. His conduct during the interview is the hallmark of all ghairatmands who trace their lineage from the Mother of all patriotic parties, the Jamaat-e-Islami

Some might say that he is spreading confusion and creating obfuscation when in fact, he is simply stating the vision of PML N and PTI (Hazrat Imran Khan Group). The great visionary leader like Hazrat Imran Khan (HIK) has combined the intellectual vision of Munawar Hasan with the Left/Surkha literature of Noor Chacha aka Noam Chomsky and Nomi Khala aka Naomi Klein. Infact, even Noam Chomsky and Naomi Klein share some of their recent views with the vision of Munawar Hasan.  This fused doctrine of Jamaat-e-Islami and Surkhas like Noam Chomsky allows HIK to portray the Taliban in their true glorious light.  It is thanks to the intellectual vision of Munawar Hasan, as seen in this interview, that Hazrat Imran Khan presents the Taliban as brave anti-imperialists resisting drone attacks on Baitullah and Yazeed. 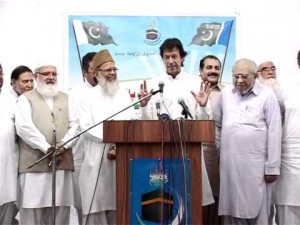 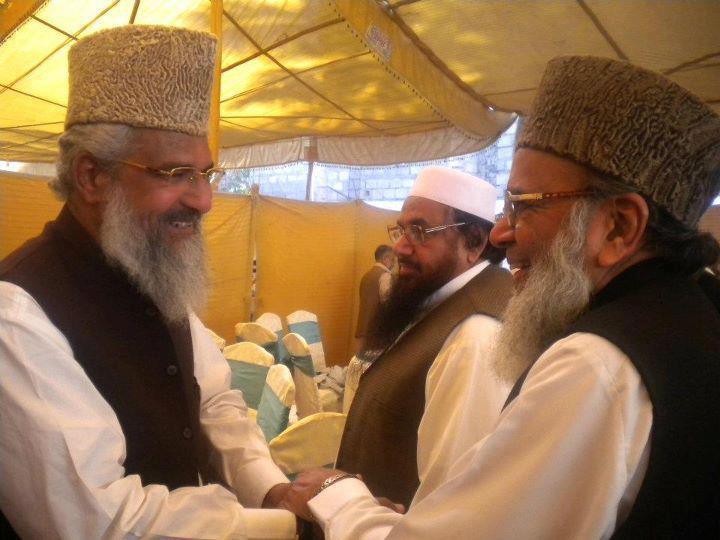