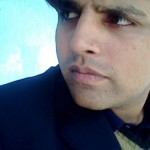 There are ample signs that Pakistan’s cotroversial Chief Justice Iftikhar Chaudhry (and his sponsors in Aabpara) have activated right wing lobby in the media against his critics, particularly against Senator Faisal Raza Abidi.

Without reproducing excerpt of 206 page document that was distributed by Faisal Raza Abidi in the Senate, Usman just denies everything. In his tirade against the Senator he even belies his own benefactor who had categorically stated holding the Holy Book that he had taken loan from HBFC and spent the same to arrange walima of his son.

He is forgetting the fact that Iftikhar Chaudhry or as the case may be The Supreme Court has avoided any contempt of court proceedings against the senator. The assertions that the CJ was actually the beneficiary of the money looted from Malik Riaz by his son was only denied with a lame excuse that the CJ did not give relief to Malik Riaz.

Will Usman Manzoor have courage to clearly state the implicit corollary: Does Chief Justice give relief to people after taking money?

Let us see what Usman Manzoor says in today’s The News:

ISLAMABAD: What a top PPP leader’s henchman is distributing among media persons — claiming that it is a reference against the Chief Justice of Pakistan — is nothing but a cluster of lies, manipulated facts, useless documents, a few opinion pieces, letters to the editor, news stories and a few documents which Gen (retd) Musharraf tried to use against the CJ in 2007 but badly failed.

This was propagated as a bombshell but proved not even a cracker. The 206-page so-called “Research conducted by Senator Faisal Raza Abidi” is propaganda material, which purposefully attacks the judiciary through the media for its anti-corruption stance as the said senator has been doing the same for the last few months on various television channels. This so-called research has not been filed as a reference in the Supreme Judicial Council yet. Or perhaps those in whose hands are the strings of the said senator know the ‘worth’ of the material against the CJ.

This unsubstantiated material distributed among the media persons by the Pakistan People’s Party contains newspaper articles written by columnists famous for their affiliation with the ruling party. This research appears to be of similar in nature to the material produced against Dr Arsalan Iftikhar in the Supreme Court in June this year.

The PPP didn’t hesitate to attach letters to the editors complaining delay in justice in the lower judiciary and third rated blogs written by such elements who deem it their duty to malign the judiciary for vested interests.

Statements of Asma Jahangir and Attorney General Irfan Qadir, people known for their anti-judiciary stance, have also been annexed with the ‘material’ in which the judiciary has been criticised.

Reports of international media written by Pakistani correspondents are also part of the propaganda material against the CJ. The foreign media and their correspondents never miss a single opportunity to please their masters and malign Pakistan’s judiciary. A report of International Commission of Jurists has been attached with the “material” which has recommended that the Supreme Court should ‘adopt rules setting out the criteria for the use of suo moto procedures and for the allocation of cases to benches. The PPP is annoyed with the suo moto notices because these notices have not let anyone loot public money.

The standard of PPP research against CJ could well be judged by the fact that it contains a document, which says the Chief Justice has availed the facility of house building loan, a facility every government employee is entitled to. The Chief Justice has taken loan from a private corporation and has never availed loan from House Building Finance Corporation, so this allegation is baseless and concocted.

The material has also ridiculously hurled an allegation that the Chief Justice Iftikhar Muhammad Chaudhary has taken oath under PCO in 2000 despite the fact that the entire nation including PPP leaders stood behind the CJ after March 9, 2007 and got him restored on July 20, 2007. The PPP has forgotten that there was no restraining order passed by any judge/bench in 2000 that barred taking oath under the PCO, as was the case on November 3, 2007. The PPP also seems to have forgotten that the entire nation stood with the CJ on March 16, 2009 when despite reluctance the PPP government had to restore him with effect from November 3, 2007.

The PPP has once again tried to raise a dead issue only to malign the Chief Justice that his son Arsalan Iftikhar got rapid promotions in 2006. This issue was settled in 2007 when Musharraf filed a reference against the Chief Justice and which a 13-member bench of the Supreme Court had later rejected.

Here’s a link to Senator Abidi’s speech in the Senate: