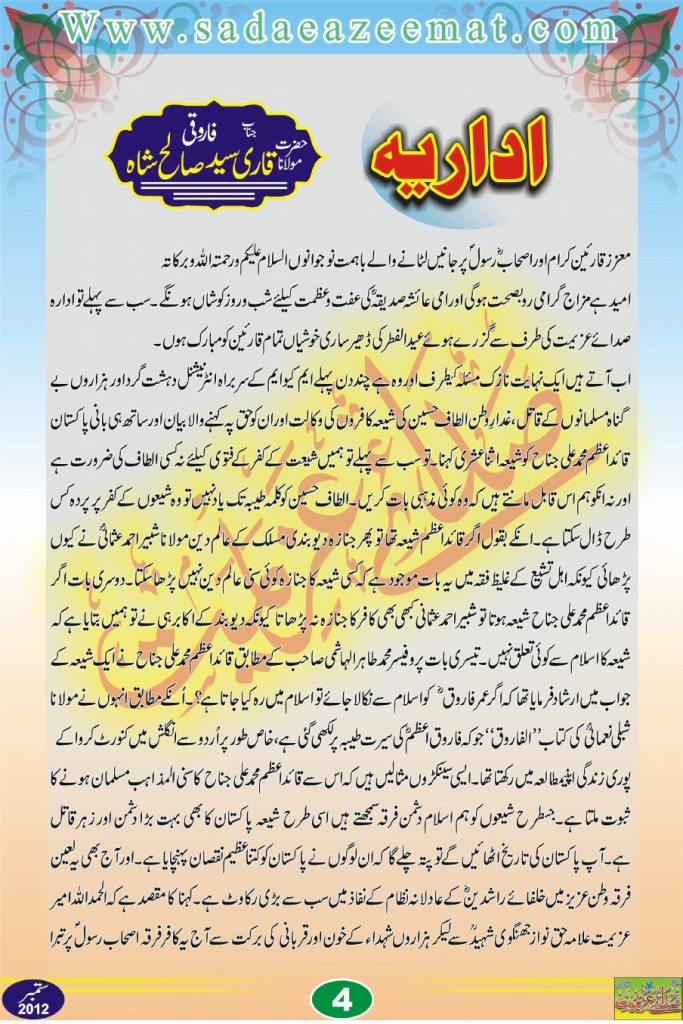 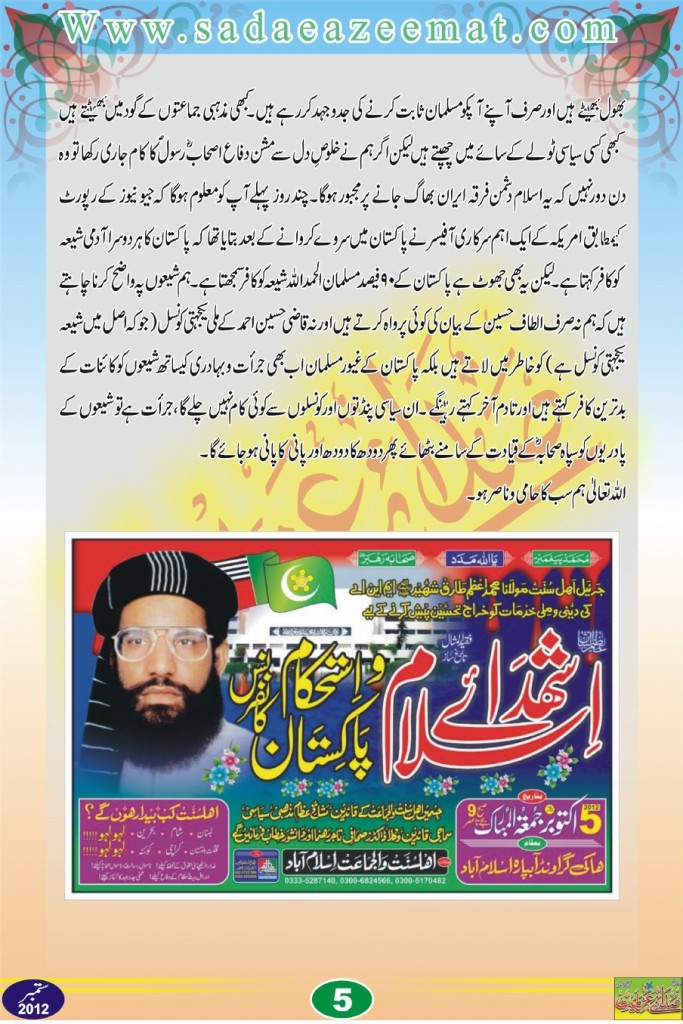 In a recent edition of its official magazine “Saada-e-Azeemat”, Sipah-e-Sahaba (aka Lashkar-e-Jhangvi or Ahle Sunnat Wal Jamaat) has criticized two mainstream political leaders: Altaf Hussain of MQM and Qazi Hussain Ahmed of Jamaat-e-Islami. Both Altaf Hussain (a moderate Sunni Muslim, a secular leader) and Qazi Hussain Ahmed (a moderate Sunni Deobandi cleric) have been criticized due to their pro unity approach between Shias and Sunnis.

The magazine praises Shabbir Ahmed Usmani and other Takfiri Deobandi clerics for their anti-Shia stance and cites Salafist-Deobandi sources (Shabbir Usmani, Tahir Hashmi, Safdar Mehmood) to “prove” that Quaid-e-Azam was not a Shia Muslim.

“a few days ago, chief of MQM, international terrorist, murderer of thousands of innocent Muslims, traitor of the country gave a statement in support of infidel Shias and also said that Quaid-e-Azam Muhammad Ali Jinnah was a Shia Muslim….Altaf Hussain does not even know the basic article of Islam, the Kalma Tayyabah, how can he talk about someone else’s kufr (infidelity)….We consider Shias enemy of Islam and Pakistan. If we sincerely carry on with our mission, one day this anti-Islam sect will run away to Iran. Pakistan’s 90 per cent Muslims consider Shias as non-Muslims and will continue to call them Kafir. We reject Altaf Hussain’s statement and also Qazi Hussain Ahmed’s Milli Yakjehti Council which is in fact Shia Yakjehti Council” 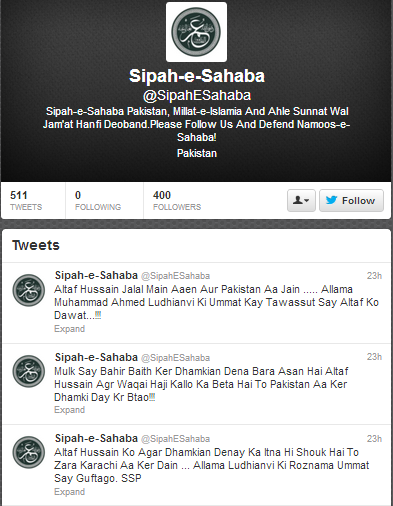 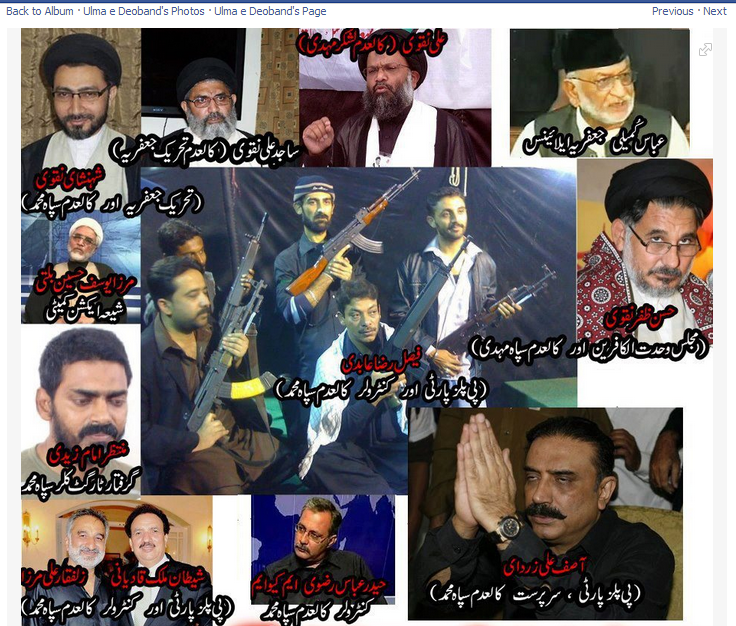 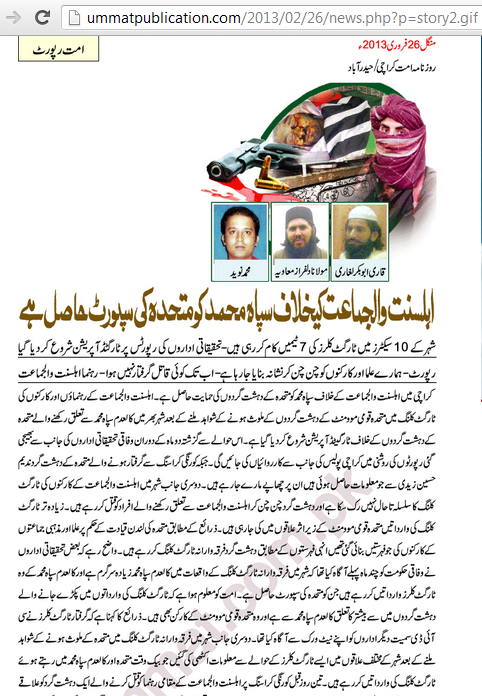