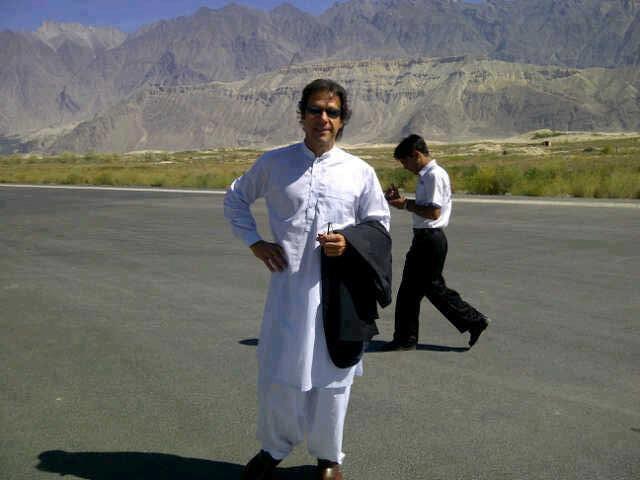 Imran khan recently visited Giligt Baltistan to condemn Shia killings. He Khan went to condole shia ulama, but to my surprise, he also visited SSP-ASWJ, the Takfiri killers of Shias and other communities in Pakistan. In a joint press conference with SSP-ASWJ leaders, Khan criticized the government for their repeated failure to maintain law and order in the region.

In my honest opinion, visiting Sipah-e-Sahaba was not only an insensitive act but also shows he doesn’t seems to have any idea about what is happening in streets of Pakistan. He gave the impression he can end the process of senseless killings by convincing spoil brats of both sides to behave.

Firstly, it’s not tit for tat sectarian violence , it’s clearly a systematic killing of Shia population , where victims are not only shia clergy but shia population from sphere of life – be it a shia Politian , doctor , journalist,  Judge, athlete  all are targets of those murderer with whom Imran Khan shares stage in public gatherings and press briefs.

Secondly, by visiting ASWJ-SSP he gave impression that AAWJ-SSP represent Sunni population of the land which is irritating and thing of great concern. Instead of visiting ASWJ-SSP as a mainstream leader he should have visited houses of those martyred Sunni muslims who refused to identify Shias in front of ASWJ-SSP terrorists in Babusar.

Lastly, I want to remind Imran Khan that Babssuar madness is not an external conspiracy against Islam as he describes it. Conspirators of Babusar tragedy are none other those with whom he shares stage in public gatherings and press conferences.

While addressing a press conference with a prominent Shia leader of the region Sheikh Jaffery, and the leader of Ahle Sunnat Wal Jamaat (ASWJ) Maulana Khalil in Skardu, he emphasized that the government has completely failed to maintain law and order in the region.  Read Full Story