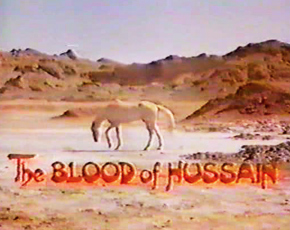 “I really have been a reluctant ruler. Really, you can say that. But I am not a person to just give up in disgust and walk away. I am determined to stay here until I solve all of the many problems that continue to face our country. Only then will I disappear and start playing as much golf as I wish I were playing right now.”

Of course this wasn’t how it ended all for General Zia. He didn’t ‘solve’ the many problems faced by Pakistan, nor did he retire to a secluded existence and play golf. If anything he added more to the problems faced by the country. In fact, he probably did more damage to Pakistan than even he himself could have imagined in the long term.

To give him the benefit of the doubt, it’s possible he did genuinely want to make Pakistan a better place. Perhaps he thought that the tree of stability he planted while taking power in 1977 would be beneficial to Pakistan’s future. But as we now know, that tree marking his tenure, ended up becoming a dark forest which is still suffocating the people of this country nearly 25 years after his untimely death.

He was loathed intensely by many people, yet there are still a number of people who look back fondly at the rule of the ‘Mard-e-Momin’ strongman. However, there is one point that his detractors and supporters cannot argue over and that is the fact that Zia ul-Haq was a usurper. He took power in a military coup, and illegally overthrew a civilian government, which for all its faults, was the legitimate government of the country. He was a tyrant who, like all dictators, craved legitimacy for his rule.

It’s no surprise that while he was alive, many compared him to another more infamous usurper and tyrant from Islamic history, and that man was Yazid ibn Muawiya, the second Ummayad Caliph.

Yazid ruled only for three years, but has gone down in history as the man who butchered Imam Hussain, at the Battle of Karbala in 680. Hussain and almost all his male relatives were killed because of his refusal to pay allegiance to Yazid and recognise him as the legitimate leader of Islam. This infamous incident has led Yazid to be a reviled figure by Muslims of both Shia and Sunni sects of Islam. Even though he won the battle, Yazid is condemned in the pages of history, whereas Hussain is highly revered.

A short time after Jamil Dehlavi finished shooting ‘The Blood of Hussain’ in 1977, Zia ul Haq seized power in Pakistan. The film may have told the tale of a fictional military ruler who seizes power, but the obvious parallels to the military man at the helm of affairs, were eerie and quite a remarkable coincidence. No surprise that General Zia never allowed the film to be released in Pakistan’s cinemas and promptly had the movie banned. It’s doubtful he ever got to see the film, but it’s not too much of a stretch to imagine that if he had, he wouldn’t have liked the dictator’s representation in the movie, nor would he have taken kindly to his buffoonish appearance.

The story of the film is fairly straightforward. During a military coup in Pakistan, two brothers, Selim and Hussain Murtaza (both played by Salmaan Peerzada) are caught up in the whirlwind of unfolding events in the country. The two brothers may be identical twins, but are poles apart in terms of their personality and approach towards life. Selim is a modern and westernised young man who is ambitious. More of a realist and somewhat of an opportunist, he is ready to cooperate and work with the military regime to further his own career. He has a British wife, who is unfaithful to him and has no connection to her adopted country. While Selim may be doing well professionally, his personal life is in shambles. Hussain on the other hand, is rebellious by nature and more of a romantic, who is obsessed with a childhood prophecy made by a mysterious sage, in which he is told that like his famous namesake 1400 years earlier, he has a destiny that is yet to be fulfilled.

Hussain is the salt of the earth, who has a deep and passionate commitment to his land and the peasants that work on it. Humble and down to earth by nature he sees nothing wrong with asking one of the men who works for him, the hand of his daughter in marriage. Unlike Selim, he refuses to accept the military government as legitimate and refuses to work with them. His agitation and defiant stance irks the military establishment, who ultimately decide that he must be wiped out. In the end he leads a hopeless rebellion against the army, and is eventually cornered by them, where he is forced to see his family and loyal supporters killed one by one, until it’s his turn to confront and ultimately be killed by them.

The story of Imam Hussain is timeless in the Shia Muslim ethos. While the actual events of the tragedy may be wrapped up in a romantic narrative, the facts of the Karbala event, appeals to many people. In a nutshell, it was simply the tale of one man who refused to accept a tyrannical usurper and preferred to accept death rather than compromise on his principals. This movie perfectly blends this famous tale and shows that the fight between good and evil is eternal and that every subsequent generation produces its own Hussain’s and Yazids. 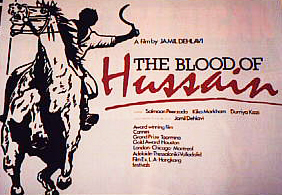 ‘The Blood of Hussain’ never had the good fortune of getting a red carpet premiere in Pakistan and was only shown on British television. Even now the ban on the film hasn’t been lifted and can only be seen in bootlegged copies or on Youtube. It’s a great tragedy that this was the movie’s fate because it’s a masterpiece of Pakistani artistic cinema.

The symbolism of the Hussain analogy, as well as the haunting imagery captured on film, are simply breathtaking. From the white stallion surging out of the ground, to the rivers of water running red blood, all of this is a testament to the great potential of cinema in Pakistan that was nipped in the bud due to the political climate. Everything about this film is top notch, the cinematography, the beautiful landscapes captured on film and the haunting music, work perfectly.

Dehlavi, channeled in on the best of professional cinema when he was making this film. You can almost feel a jolt of Satyajit Ray and Ingmar Bergman in terms of the themes that are conveyed here. Simple things like the loneliness, morality and frustration with the situation, one is caught up in is beautifully conveyed here. He may have received some criticism in 1998 for ‘Jinnah’, but this movie is arguably his best film. If you want to see a landmark Pakistani movie, which is tragically under appreciated, then watch this film, even though it’s very difficult to find a copy of it in a DVD shop.