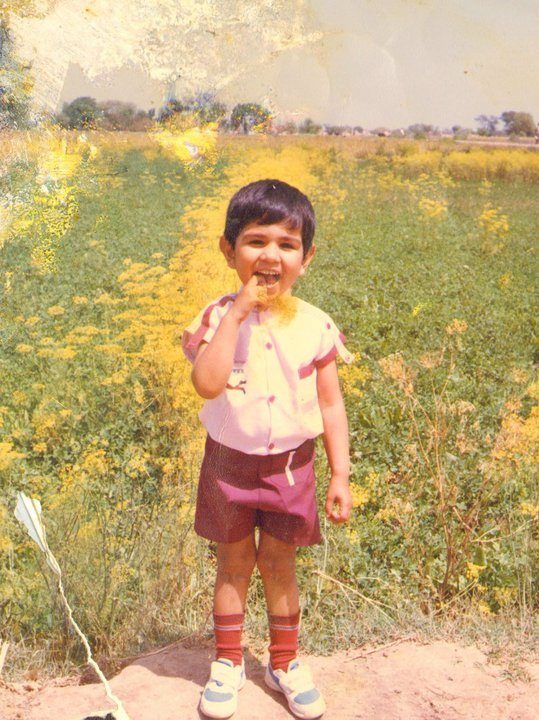 Pakistan is home to a large Shia community, second only to Iran but if you are born in the community, you sure have landed in the wrong place. I was born Shia in Pakistan in 1984 and a year later, the state decided to turn the informal violence against the Shia – ever present courtesy the exclusivist national ideology which is inherently anti-Shia –  into an official slow genocide.

My earliest memories of you-don’t-belong-here feeling are from early school days in a small semi-urban town near Lahore. Our house was located on this small street lined up by half a dozen Shia houses – all my extended family. Every morning when I left home with my daada to go to school, the wall opposite our door had a new wall chalking reading “Kaafir Kaafir Shia Kaafir”. I recall asking my daada what does it mean and he replied saying “Kush naee”. I never bothered erasing it, nor did any of my siblings or my cousins. Years passed, I changed school and a tonga replaced my daada but these wall chalking never stopped. Now that the tonga moved through different streets before taking me school, I noticed this was everywhere Shia lived in town. My question was still unanswered and this time around, I asked my chaacha. Again, he smiled and said “Kuch nahee” and then left without saying anything more. Sometime later he returned with a painter, then holding my finger took me to the courtyard and had him paint ‘Ya Ali Madad’ in massive black font on the façade of our house facing street. I could not understand why did he do that.

I understood a different meaning of the word ‘sharing’ at school. I can recall those suffocating lunch breaks at school when we got together under the shadow of a tree in school grounds to ‘share’ lunch. I was welcomed to have a piece from other’s lunch but nobody ate mine. This happened on a regular basis and I finally decided to have my lunch alone, not leaving the classroom during the break. I found it difficult to comprehend to start with but later realised what it meant when a newcomer joined our class. Her name was Fatima, she joined after the Summer breaks and remained allusive during the breaks. One day when I was stuffing myself with my lunch, she walked towards me, leaned over my desk and asked, ‘Aap Shia ho?’ She mentioned my name to her father, because of my good results in class probably, and from my name he deciphered my sect. We shared our lunch that day and it was then I realised why nobody was interested in my lunch.

Most kids and youth find exam days to be quite challenging but the most challenging and tough part of the year for me was Muharram. It was as if all my classmates changed into different people – the same class fellows who we had family terms with, spent half the day with me, learnt and played with me; with the start of Muharram thought as if I have come from another planet. I was the subject of curiosity, snooping and ridicule. Year after year I was asked the same questions all over again as if they suffer from a memory loss. The most popular questions were

I changed schools, cities and province but these questions didn’t stop coming. I moved to Pakhtunkhwa for a few years during school and was welcomed warmly. I was a new comer, a Punjabi and so naturally subject of curiosity. Nobody knew about my Shia identity and all worked well. Then, the time of the year came again. My class mates gathered during the lunch break and got busy in their usual discussions with inquisitiveness around Shia, Azadari, Muharram and the rituals associated. “Yaar inkay to to mazzay hain, jo dil kia select kar lain gay dasveen ko” said one of them, while the other replied, “main to mohallay ki Shia majlisson me jata hoon, bara mahool hota hay”. I broke my silence refuting all of that and one of them replied “tume kya pata, tum Shia ho?”. I kept silent and a deafening silence followed. None said anything, none felt embarrassed or gutted but I put myself in for trouble. The questions kept coming as a routine. I realised that quite normal people consider Shia as a cult who practice mass orgies, incest sex, open relationships and are conspirators against Islam and traitors to Pakistan.

As I settled in the town which was new home to me, I was invited by one of my friends to spend a weekend with him. His mother welcomed me on gate and asked, “Beta aapka naam kya hay?”. My friend responded before I could, adding that I am a Shia. “Asli Syed to Sunni hotay hain, chalo khair” she said on my face and I kept wondering what that was supposed to mean.

I developed friendships in the town which lead to family friends. I had this close friend of mine with whom I studied and played who lived close to our place. We frequently visited each other. He never ate at my place, whether it was meals or snacks no matter what time of the day it was, even when he stayed for longer hours to prepare for exams. He would always make an excuse or say it on my face that he was going home to have his meal and will come back. Despite all my personal experiences, I never thought this was again because of who I was. Then, one day when he didn’t leave at lunch time and had lunch with me, her mother called and after getting to know that he had his lunch with me, she responded saying “Kaha bhi thaa nahee khana udhar” and put the phone down. I think she was a victim of this widespread misconception that the Shia spit in their food before giving to anyone else. This is so widespread that there is a reference in Shoaib Mansoor’s Bol on this when Shia Irfan Khosat’s wife sends Nayaaz ki Kheer to her Sunni neighbours.

During my late teens, when more youth was turning ‘religious’ and Tableeghis were everywhere, I occasionally prayed in the Sunni mosque opposite the university where I studied. I never thought I was doing something wrong or going to a place where I should not. On the contrary, I asked my fellows a few times to go to a Shia mosque nearby and pray there together but none agreed. One can always find Shia men praying in Sunni mosques but the opposite hardly happens. As a routine I had my Iftaar with my Sunni fellows but none, I repeat NONE in my life so far had the courtesy to wait for me another 10 minutes. I always thought that people fast the full day, get irritated if someone eats in their presence, vehemently support the Ehtaram-e-Ramzan ordinance which bans eating in public during Ramzan; but they do not have the basic courtesy to wait just 10 minutes for a friend? Basically, you expect this respect for the full day from sick and a stranger who probably doesn’t even believe in this religious practice but when it comes to you, you cant even do 10 minutes, that too for a close friend – really?

The suspicion and curiosity around Shia identity is so embedded into Pakistani culture that it sometimes boggles one’s mind. As an example: Living in the UK, I have refused to celebrate Eid with Saudi Arabia believing Allah has not deprived UK of a moon yet and have relied on Royal Observatory’s moon sightings. The moment I told my Sunni friends and family, the first question I was asked was, “Hmmm.. When are the Shia celebrating their Eid?” I clarified several times that this has nothing to do with my Shia identity but a pure question of logic – I live in the UK and I will celebrate Eid when we sight moon in the UK. But my arguments where ignored completely and was told that we should all celebrate together – of course when  Saudi Arabia decides for us.

This is my personal experience being raised in Pakistan but I am sure most, if not all, Shia go through this. I haven’t been a practicing Muslim most part of my life but during Muharram I find myself compelled to go to the Azadari Jaloos. Living away from family and my hometown, it was not Eid when I missed home most – it was the Ashura. Azadari gives the Shia of Pakistan a chance to reinforce their identity, to live their identity. There is a reason many non religious, secular, agnostic or sceptic Pakistanis which Shia background are a part of Azadari rituals. Like my chaacha, every year this is my answer to “What is Kaafir Kaafir Shia Kaafir”. Growing up Shia in Pakistan has made me find the answer to the question I asked him as a kid.

The Writer is  an editor of Urdu Blog Roshnipk

You know you are a Pakistani Shia when…