Pakistan continues its tragic journey down the xenophobic abyss. As this country gets over a blood-soaked Eid, let me recall a 44-word short story by Saadat Hasan Manto. He wrote:

“Ripping the belly cleanly, the knife moved in a straight line down the midriff, in the process slashing the cord, which had held the man’s pajamas in place. The one with the knife took one look and exclaimed regretfully, ‘Tut, tut, tut! … Mishtake!”

The inimitable late Khalid Hassan had drawn flak from critics for sanitising in his above translation not just the gory lines but the very message through which Manto was trying to awaken whatever was left of the pre-partition Indian Hindu and Muslim conscience. According to Alok Bhalla, “Manto is not merely taking note of a singularly absurd event, but is trying to draw attention to an infinite series of mindless and anonymous killings which have made life into a nightmare.” No matter how sanitised Khalid sahib’s translation, it is simply impossible to miss the profoundly disturbing detail that when the perpetrator discovers, after cutting the pajama drawstring, the circumcised status of his victim, he regrets killing one of his own community members. While the cold-bloodedness of the killer is palpable in his calm demeanour, his regret is mild and Manto highlighted that by aptly titling the original story: “Sorry!”

But why recall the minutiae of Manto’s story and the politics of its sanitised translation? Well, anyone who has seen the video (bit.ly/Neqgnt) of some 21 Shias and 3 Sunnis — who refused to rat on the Shias — being massacred in broad daylight, will find it hard not to draw the comparison between the madness on the eve of the 1947 partition and the dance of death that has become an everyday occurrence in Pakistan today.

On August 16, 2012, a convoy of passenger buses was travelling from Rawalpindi to Gilgit-Baltistan via the Mansehra-Naran-Jalkhad road to circumvent the Karakoram Highway (KKH). The transporters had started avoiding the latter route after the Harban Nullah attack along the KKH on February 28, 2012 in which 19 Shias were massacred. The killers, clad in military uniforms, intercepted the buses and in a manner similar to the February attack thoroughly screened the passengers for Shia Muslims. The passengers were first asked to produce their identity cards; the idea being to pick the ones with unmistakably Shia names. They were then asked to recite a religious supplication called Dua-e-Qunoot and, according to some accounts, the six Kalimas (pronouncement of faith). The Qunoot prayer is not one of the basics of Islam and various sects in Islam recite different prescribed lines as Qunoot. The intent, ostensibly, was to weed out the Shias, who use different words in the Qunoot, from the rest of the passengers. There is literally no difference in the basic pronouncement of faith (Kalima of Shahadah) among the various sects of Islam. As to the rest of the five Kalimas, chances are that the majority of ordinary Pakistani Muslims, no matter what their sectarian denomination, would not be able to recite beyond the first two Kalimas.

Then there was the final act that forced one to recall vividly Manto’s protagonist making an error in physically identifying his victim. In the rioting leading up to the 1947 partition, the circumcision status of males was used by both Muslims and Hindus in identifying their targets. No such luck for the anti-Shia terrorists of Lashkar-e-Jhangvi (LeJ), Sipah-e-Sahaba Pakistan (SSP) or its rechristened version Ahl-e-Sunnat-wal-Jamaat (ASWJ), Tehrik-e-Taliban Pakistan (TTP) and their assorted allies and offshoots as Shia males are circumcised the exact same way as any other Islamic sect. In fact, the only major exception to this rule is that many members of the TTP, like their killed leader Naik Muhammad Wazir, are uncircumcised.

Many male Shias participate in customary self-flagellation at some point in their lives in which blades attached to chains are struck on one’s back in a commemorative ritual. The practice leaves permanent scars, which can be easily identified. In the aforementioned video clip, among the frenzied chants of “Kafir, kafir, Shia kafir (Infidels, infidels, Shia are infidels)” and long live Sipah-e-Sahaba, Allaho Akbar, with buses burning in the background, Kalashnikovs discharging in rapid fire mode, an old man is seen being asked by a group of very calm terrorists to lift up the shirt off his back. The old man is heard reciting, not Qunoot, but a Quranic prayer designated for times of calamity, called Ayat-e-Karima: La illaha illa anta subhanaka inni kunto minaz-zalimeen (There is none worthy of Worship besides You, You are far exalted and above all weaknesses, Surely, I am from among the wrongdoers). The elderly man’s back is thoroughly inspected and he is asked by the terrorists to move on. The perpetrators clearly did not wish to commit any ‘mishtake’.

The sanitised discourse and muted response to what my friend Raza Rumi of the Jinnah Instiute has described in his recent column as “nothing but a genocide unfolding before us”, is similar to what happened in Nazi Germany. It seems that the present-day Nazis in Pakistan have succeeded in coercing or co-opting a vast majority of their countrymen into backing them. More vicious than the massacre at the Babusar Top was the muffled response of the Pakistani political leaders, rightwing intelligentsia and the military leadership who have been highly vocal and persistent in protesting issues from the Kerry-Lugar-Berman Act to the Salala tragedy. It is almost like a tacit approval of the jihadists putting away the ‘heretics’. Barring the few voices of protest in the English press, or the three Sunni martyrs, it appears that society in general does not disagree with the killers. 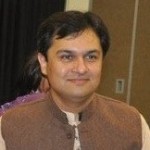 The Pakistani state’s capitulation to the jihadists appears complete. The Pew Research Centre’s recent poll suggesting that about 50 percent of Pakistanis do not consider the Shias Muslims may not be that off the mark after all. So long as the infinite series of mindless and anonymous killings are treated as singularly absurd events, an open season on the Shias might continue unabated. (Source: Daily Times)

The writer can be reached at mazdaki@me.com. He tweets at http://twitter.com/mazdaki