Editor’s note: LUBP has in the past criticized Mr. Raza Rumi’s previous articles and statements in which Shia genocide at the hands of State-sponsored Jihadi-sectarian Deobandi militants was, perhaps inadvertently, reported as Sunni-Shia sectarian or Hazara specific ethnic violence. However, in his recent op-ed in Express Tribune, Mr. Rumi has offered an honest, accurate analysis of Shia massacres in the country, describing them as nothing less than a genocide unfolding before us. We commend Mr. Rumi on his bold stance and hope his article will also encourage other Pakistani columnists and anchors to break their silence on Shia genocide at the hands of Takfiri Deobandi terrorists in Pakistan who are also killing Sunni Barelvis, Ahmadis, Christians, Hindus and modeate Deobandis. We are cross-posting his column with thanks to ET 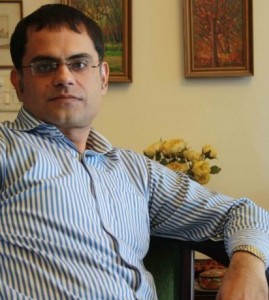 Two days after Pakistan’s powerful army chief made some startling observations in his address to the Pakistan Military Academy, the militants attacked a key strategic installation — the Kamra airbase. That the attack took place on the revered night of 27th of Ramazan is not without symbolism. For the brand of ‘Islam’ practised by the militants of the Tehreek-e-Taliban Pakistan (TTP) violence precedes other imperatives of faith. General Ashfaq Parvez Kayani took a bold public position in his address by saying: “Any person who believes his opinion to be the final verdict, is an extremist…. A human claim to be the final word in judging right from wrong, is tantamount to a claim to divine attributes”.

The lethal by-products of our strategic ‘games’ — the TTP — are not amenable to such a worldview. In Kamra, they battled the military for more than five hours. The foreign media highlighted the nebulous connection between the airbase and the country’s nuclear assets; but both the Pakistani and American authorities later affirmed that Pakistan’s nuclear programme was safe.

Much has been said about the impending operation by the Pakistani military in North Waziristan. The attack on Kamra has been construed as a reaction to the military’s resolve to clean up North Waziristan ostensibly under mounting US pressure. But there is a need to pause and re-read what General Kayani told his colleagues on Independence Day: “The war against extremism and terrorism is not only the army’s war, but that of the whole nation. We as a nation must stand united against this threat. The army’s success is dependent on the will and support of the people”. While an admission by Pakistan’s most powerful official of the ‘threat’ is welcome on the day when we celebrate our nationhood and Islamic republic status, perhaps it might be coming a bit late in the day.

For the past decade — and this is a long-term period — our domestic policy discourse has been the opposite. While hundreds of army soldiers have been killed by militants and thousands of civilians killed in terror attacks across the country, we continue to say that this is not our war. Public opinion constructed by the vernacular press, the religious lobbies and even the political parties has been critical of the overstated threat that General Kayani has clearly articulated. Pakistan’s strategy of ‘measured’ support to the US and Nato involvement in Afghanistan and drumming up of anti-Americanism has been counterproductive. A more creative approach could have been to oppose US excesses but not deny the home-grown militant outfits and arrest their direct and indirect patronage.

A recent (local) poll, notwithstanding its methodological limitations, says that 49 per cent of Pakistanis consider America an enemy while 26 per cent think India is the enemy. Slowly, the tables have turned since we constructed our faux identity as ‘not Indian’. This healthy view of the subcontinent by Pakistanis comes as a refreshing development but creates a bigger dilemma. The global construction of US as an enemy of Muslims by al Qaeda is gaining traction especially in the urban middle classes, the youth (which are the biggest segment of our population). Where would this lead us? By no means we should continue our policy to be US’s chief lackey in the region or be dependent on the civil-military handouts, but is drumming up hysteria against a global power a wise approach in our own interest?

Such has been the level of indoctrination that many Pakistanis are unwilling to accept that Muslims can kill Muslims or that we have internal enemies. The first reaction of otherwise sensible people to a terror attack is that Blackwater and other US contractors have hired the assassins killing Pakistanis. The material evidence on the other hand negates this impression. But no one wishes to hear ‘facts’ as they challenge the ideological fortress of denial that we have built around us. The perennial fear of India has been replaced by the US machinations to destroy us by taking our nukes out. The attackers of GHQ, PNS Mehran and Kamra were not American, Indian or Israeli agents but jihadists ostensibly working in league with radical elements within the state.

Perhaps the most dangerous kind of militancy concerns the growth and consolidation of the anti-Shia extremist groups, which reportedly are in league with the TTP. A few hours after the Kamra incident, two separate incidents of killings of Shias took place. One attack happened in Naran where at least 20 Shia passengers were dragged out of buses and killed on the spot. In Quetta, on the same day, three Hazara Shias were also killed. These are not stand-alone attacks. In recent years, hundreds of Shias have been killed and the murderers remain at large, too powerful to be nabbed by the executive or the judiciary. The chilling video circulated after the Naran incident showed terrorists chanting “Shia Kafir,” as if this were a horrific bloodletting ritual. This is nothing but genocide unfolding before us.

The latest Pew poll indicates that nearly half the Sunni population thinks that Shias are not Muslim. The accuracy of this poll is debatable, but even if the numbers were lower, the Wahabisation project initiated by General Ziaul Haq is now becoming an existential danger. And this radicalisation has not been imposed by anyone, despite the Saudi influence, but a cynical and disastrous choice by Pakistan’s military junta in the 1980s and later. Political parties will need another decade of hard core reform consensus to fix the education system and other drivers of extremist ideology.

Is it the case that Pakistan’s strategic assets of yore are no longer under the control of the state? Or General Kayani’s policy statement is still a top-level diplomatic pronouncement not filtering down to the ranks of intelligence agencies, which have disastrously nurtured the jihadi groups and turned them into our mortal liabilities? The civilian governments — federal and provincial — appear to be clueless and devoid of the political will to counter these trends. Pakistan’s political elites will have to work together to reverse the state patronage to extremists and their networks.

If we have to resist US ‘hegemony’ or the Indian influence in the region, it will not be done through oiling the jihad industry, sloganeering, media twists, and Friday rallies. For Pakistan’s sovereignty, substantial strides have to be made. By reforming our taxation structure, creating jobs, undertaking a massive education reform and building trade ties with the regional powers we could perhaps move towards becoming a strong ‘nation’. Before everything, we need to reset the narrative and explore what ails us. In the absence of such reflection and policy debate, Pakistan’s future remains murky and uncertain.

Video: Shia massacre in Chilas: Are you watching General Kayani?