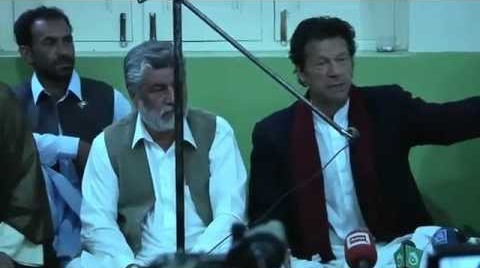 Have President Zardari and Chairman Bilawal ever visited Shia Muslims to offer condolences and sympathies?

Pakistan Tehreek-e-Insaf (PTI) has on Thursday (16 August 2012) strongly condemned the tragic killing of Shia Muslims at Babusar Pass. PTI Chairman Imran Khan said this is a matter of great concern and the people of this region (Gilgit Baltistan) have been attacked and killed systematically on sectarian pretext.

“This brutal and callous act of terrorism targeted the Shia community, killing numerous people and injuring many. This is not the first time such an attack has taken place. It reflects the total deterioration of law and order in the region,” he added. He expressed deep sorrow to the bereaved families, offered his condolences and prayed for the speedy recovery of the injured. He urged all affected communities to remain calm and peaceful. “We strongly condemn all acts of sectarian violence and will take progressive steps to eliminate it,” he added.

The PTI chairman warned the government of its inefficient governance, which is resulting in these sectarian killings. He said the PTI will ensure that law and order is restored in the country and special attention is paid to creating ethnic and sectarian harmony. (Source: Business Recorder) 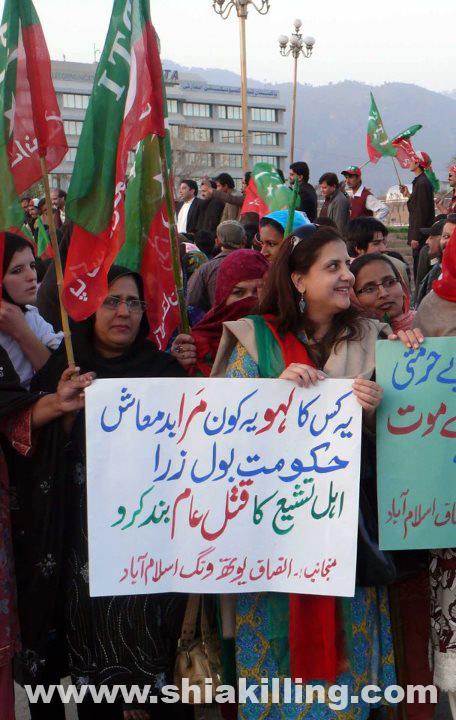 Have you ever seen PML-N or PPP workers protesting against Shia genocide?

We note that in the past Imran Khan has issued clear condemnation of Lashkar-e-Jhangvi terrorists (currently operating as Ahle Sunnat Wal Jamaat (ASWJ) holding them responsible for target killing of Shia Muslims.

On 20 April 2012, Imran Khan visited Shia Muslims of Quetta to offer his condolences and sympathies to the target killed community.

We take this opportunity to remind the PTI leadership that Shia genocide in Quetta is not Hazara specific ethnic issue. Here are two important posts on this topic:

The recent attack (16 August 2012) on Shia Muslism has been proudly claimed by TTP terrorists. These criminals, enemies of Pakistan, do not represent Sunni Muslims. Imran Khan must not insist on dialogue with these animals.

The Darra Adam Khel faction of the Pakistan Taliban claimed responsibility for the attack on the Shiites, Reuters reported. “We have targeted them because they are enemies of Sunnis and conspire against us,” Mohammed Afridi, a spokesman for the faction, was reported as saying in a telephone interview. “We will continue such attacks in the future.”

On the same day (16 Aug 2012), 3 Shia Muslims were massacred in Quetta. From Pakistan’s North to South, Shia genocide is taking place. The government, army and judiciary seem to be either complicit or ineffective.

UN leader Ban Ki-moon was “appalled” by the sectarian killing of 20 Shias who were dragged off a bus in Pakistan on Thursday, his spokesman said. “The secretary general expresses his outrage over such deliberate attacks on people due to their religious beliefs in Pakistan,” said a statement released by UN spokesman Martin Nesirky which strongly condemned the attack. Gunmen dragged the Shiite travellers off a bus in the northwestern district of Mansehra and killed them at point blank range, officials said. It was the third attack of its kind in six months.
http://tribune.com.pk/story/423332/un-leader-appalled-by-mansehra-sectarian-killing/ 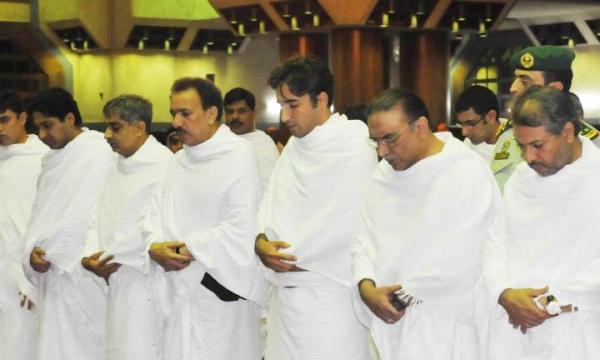 With folded hands, Zardari and Bilawal have agreed to sacrifice thousands of Shia Muslims to retain their government in Islamabad.

We appreciate Imran Khan’s relatively clear condemnation of the massacre of Shia Muslims in Naran which is much better than obfuscations and meaningless remarks by President Zardari, Interior Minister Rehman Malik and others responsible for the security of innocent Shias, Sunni Barelvis and other persecuted communities.

According to Pakistan Today:

President Asif Ali Zardari on Thursday took strict notice of attack on passengers in Babusar and demanded inquiry report from the concerned authorities.
As per the presidential spokesperson¸ President Zardari expressed his grave concern over killing of 25 innocents who were traveling to their hometowns to celebrate Eid with their loved ones.
The president condemned the cowardly attack by the terrorists on the passengers and added that the nation will stand together to eradicate the menace of terrorism.
Meanwhile, President Asif Ali Zardari also condemned terrorist attack on Kamra Air Base and he will return this week after concluding his visit of Saudi Arabia.
Kamra Air Base attack occurred on the night between Wednesday and Thursday.
The president, who was on his visit to Saudi Arabia to attend the meeting of the Organization of Islamic Countries (OCI), shortened his visit after the attack on Kamra Air Base.

Did you notice how President Zardari wiped out the identity of Shia Muslims, Pakistan’s most target killed faith group? More than 19,000 Shia Muslims have been killed by ASWJ-LeJ-Taliban terrorists in the last few decades which may be easily described as a slow motion genocide. Here we haver a President who writes letters to a foreign country expressing his concern over Rohingya Muslims but refuses to acknowledge identity and suffering of Shia Muslims!

There are some people who say that we should mourn all humans and not mention anyone’s faith or sect. Many of such hypocrites who refuse to condemn Shia genocide in clear terms then go on to condemn murder and persecution of Rohingya Muslims in Burma etc. Clear identification of faith identity of a persecuted group, particularly when faith identity is the single major or only reason of their murder, is not only preferable but also a moral and political duty. We cannot hide Jewish Holocaust by saying all humans are equal. It is important to clearly acknowledge and condemn the fact that Jews were killed due to their faith. Case of Shia genocide (19,000 have been killed so far) in Pakistan is not much different.

Contrast Imran Khan’s statement with Rehman Malik’s only comment on Twitter so far in the aftermath of the massacre of 25 Shias in Naran and 3 in Quetta yesterday:

With this, Senator Malik absolved himself of any responsibility to protect Shia Muslims and other persecuted communities. Does anyone remember Malik’s callous statement on Sindhi Hindu community’s migration to India?

Despite great effort we could not locate any statement by Chairman Bilawal Bhutto Zardari on Shia massacres in Naran and Quetta. Is he really a Chairman of the party of the peoples? Is he not accountable to his own voters and party workers, many of whom happen to be Shia Muslims?

In the end, we encourage Imran Khan and PTI to take more clear and bold stance on Shia genocide. We also suggest that instead of blaming Sunnis for Shia genocide, PTI leaders should pinpoint the real culprits, i.e,., TTP (Tehreek-e-Taliban Pakistan) and ASWJ-LeJ terrorists. Clearly TTP, LeJ don’t represent the majority of peaceful Sunni Muslims. Hence incidents of target killing of Shia Muslims must not be described as sectarian violence between Sunnis and Shias. 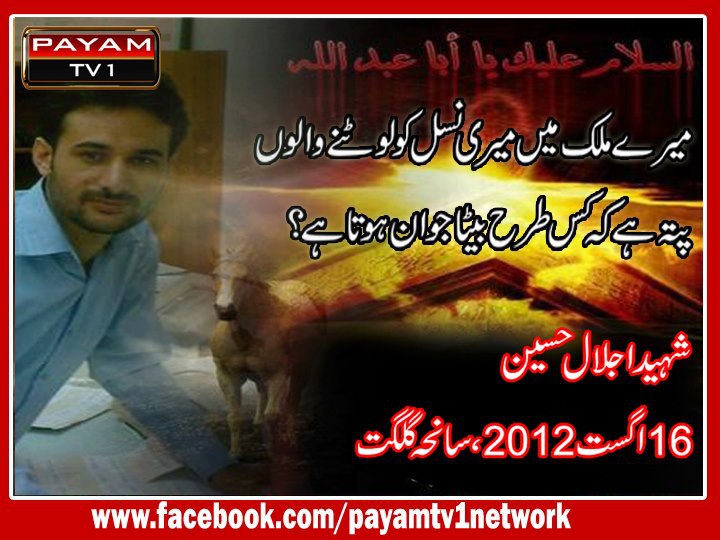