Of all the horrid, hideous notes of woe,
Sadder than owl-songs or the midnight blast,
Is that portentous phrase, “I told you so.” Don Juan (1819-1824).

Let’s see an example of such well-heeled Fabian counselor and scholar whom Hazrat Ali (a.s) Identifies in Nehj Ul Balagha as one who ‘manages shabby argument about it of his own accord and passes judgment on its basis…….He goes out early morning to collect things whose deficiency is better than plenty, till when he has quenched his thirst from polluted water and acquired meaningless things’.


‘I do not have answers. What I will say is that hate has gone mainstream in Pakistan.
(Breaking news? NO. This hate has long existed. In fact it has embedded  so deeply that my father would fear implosion in the country back in 90s. So is hate’s going mainstream an awakening for you? No, the genius sire, you probably have spent more time in London or New York’s cafes than in Punjab University where being Shia is an aberration)


I cannot remember even one instance where the public, Parliament and the media stood united in condemnation for any length of time. All that follows an atrocity is the routine expression of shock and horror — and sometimes not even that.
(Very well, sire. Very well. Just like your own this token article)


we are losing the capacity for outrage, that we have reached the stage where we skip over headlines about Shia Hazaras being murdered with the comforting thought that it is just another bunch of dead Shias, and that this cannot, and must not, continue.
(Aren’t you doing the same?)


As a Shia, I know that these trends are likely to end badly for me’.


(Once again, sire, after the massacres of genocidal proportions, you have just discovered that things will end bad for you? Did you ever, all these months, if not years – with all the insight you have as a ‘gifted intellectual and visionary soul’, realize something big was in the making?)


Words, words, mere words that follow after every incident of killing or a human rights report.  Too much words and no action has made these sermons, loaded withshallow profundity, dull and they haven’t stirred much of the target audience’s emotions but do stir the victim’s bile.
We do not need articles now or do we? We don’t need more great foes of reality.

He, who would do good to another, must do it in Minute Particulars:
General Good is the plea of the scoundrel, hypocrite & flatterer:

In these articles, repeated are their fears and pessimism and like Hegelian obscurity, fruit of sense beneath is rarely found. But the oh-so-concerned and intolerant supporters and patrons and human rights activists would like to tweet and retweet and fb share and fb like to show their concern and the writer touches new heights of fame and repute in the world of online activism.


Let’s come out of this wise and masterly inactivity. The Sialkot lynching case moved them but the videos of Shia Hazara Killing didn’t. We can’t wait for the nation to wake up. The Srebrenica like genocide continues and number of victims is growing. There are two options specified by Universal Declaration of Human rights in article 13.  And they are forced to choose the second one i.e. to migrate which questions the role of these phonies (So called human rights activists).

Whether ’tis nobler in the mind to suffer
the slings and arrows of outrageous fortune,
Or to take arms against a sea of troubles,
And by opposing end them?

Isn’t it time for some Pro Bono Public Wakeel sahab?
Time to put pressure to make a judicial commission etc? 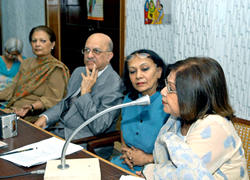