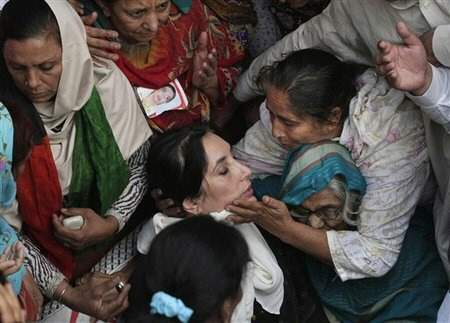 Benazir Bhutto's vision for gender equality and women's empowerment is being implemented by the PPP government.

Here is a list of pro-women legislation enacted by the present PPP Government which is implementing the vision of Benazir Bhutto Shaheed under the leadership of President and Co-Chairman Asif Zardari.

1. The National Commission on the Status of Women, 2012
2. The Women in Distress and Detention Fund (Amendment) Act, 2011
3. The Protection Against Harassment of Women at the Workplace Act, 2010
4. The Prevention of Anti-Women Practices (Criminal Law Amendment) Act 2011
5. Domestic Violence (Prevention and Protection) Bill 2009
6. The National Commission of Human Rights Act, 2012
7. ‘The Acid Control and Acid Crime Prevention Bill 2010

The above list was compiled by Mr. Munawar Ali Rind.

We congratulate Pakistani women as well as our elected representatives on this legislations. However, mere legislation to protect women rights is not enough. The government and its various institutions must also ensure effective implementation of these pro-women laws.

The above list is in addition to several other government policies which have directly or indirectly helped women, e.g., Benazir Income Support Programme (BISP), Benazir Women Support Programme (BWSP) (by the Sindh Government), Waseela-e-Haq Scheme, Benazir Basti Scheme, Land Allotment to the Farmers (an area of 56,186 acres land has been distributed among the 6,100 women allottees under PPP government’s programme of distribution of free of cost land to the farmers.)

Here is an overview by UN Women (a United National entity for gender equality and empowerment of women) on progress on pro-women legislation in Pakistan.

Pro-women laws take hold in Pakistan
Women in Pakistan have faced formidable challenges in their efforts to achieve gender equality and address gender-based violence in their country, with particular problems posed by elements among customary norms and practices.

Yet throughout the past few years, breakthroughs in pro-women legislation have shown that both the efforts of Pakistan’s government, and the advocacy of groups working toward women’s empowerment in the country, are taking effect.

On International Women’s Day, 8 March, the President of Pakistan signed the National Commission on the Status of Women Bill 2012 into law, which has afforded the Commission new financial and administrative autonomy, and therefore better scope to investigate women’s rights violations.

Women are also now better protected from sexual harassment in the workplace and from domestic violence, since Acts on these issues were passed in 2010 and 2011 respectively.

And to be sure that the laws on sexual harrassment are built structurally into the system, a code of conduct is being monitored by a watch committee formed by the National Commission on the Status of Women in 2010, which is made up of representatives from the government, civil society and UN Women.

The Acid Control and Acid Crime Prevention (Amendment) Bill was passed in the Senate on December 2011, and for the first time gives guidance on how the State should punish offenders and support victims of this violent gender-based crime. 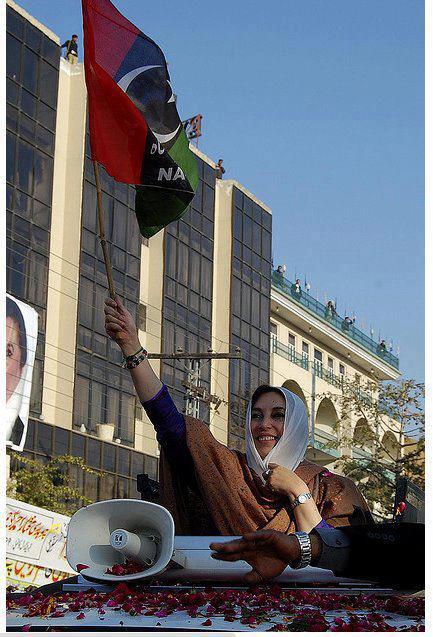 Did PPP implement its vision of Roti, Kapra, Makan? – by Raja Asad Abbas

‘Gift of Life’: An important step for the lives of millions of Pakistanis – by Hafsa Khawaja

Why the PPP government is good for Pakistan – by Fauzia Wahab