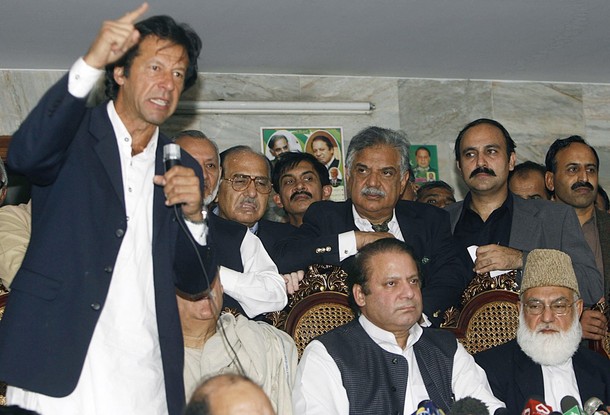 You have snatched 60,000 votes from the fort of Gilani, Multan and that’s a big success. By this, you tried your best to eliminate Peoples Party from the face of politics. Peoples Party will never forget this unpleasant mark on their face. You have reduced their lead in previous election from 30,000 to mere 4,000 and have shown them when a nation stands united for something and especially for a righteous thing then it can make the impossible possible.

If all of you folks (APP) keep yourself integrated in future, results will be far better. Now Peoples Party is surely recalling the time when IJI was formed and created tremendous problems to PPP.

Here a layman like me thinks, has anyone of these 60,000 voters and the leaders of PML(N), PTI, Jamat-e-Islami and other supporting groups of Aslam Bosan gone through his manifesto. Has anyone of the leaders of these 60,000 people tried even to know about the vision of Aslam Bosan on issues of energy crises, economy crises, unemployment, price hike etc? What can a single person do for you who does not even have a manifesto to follow? Every sensible person would question that on what grounds did those 60,000 voters back Aslam Bosan?

It appears that none of these elements are interested in solving the problem of the nation but to solve their own problem and that is PPP, because none of them have bothered even to know about the thinking of Aslam Bosan.

All these 60,000 people and their preachers who guided them to vote for Aslam Bosan are unaware of his perspective. None of them knew who will he join and follow after being elected, whether he will join pseudo change of tsunami Khan sahib or bigoted honest PML (N) or others. All of them don’t share a direction to solve the existing problems of Pakistan. So all this looks like a fool’s practice which cannot be exercised. Such direction-less and goal-less people may be called Ahmeq (naive) and the group constituted of such people may also be described as APP, AHMEQ PEOPLE OF PAKISTAN instead of Anti Peoples Party.

They should be proud of their new name and from now on it is my humble appeal to call them by their new name due to the fact that they don’t have a unified agenda for the betterment of the nation except maligning Peoples Party.

As for the media projection, it was evident that the champions of independent media were stating the results beforehand and in their opinion Abdul Qadir Gillani had already lost. The whole media campaign was one sided and prejudiced. They lost their pace and held Aslam Bosan victorious before the results were out. This shows that those 60,000 naive persons and their leaders and abettors including some media giants left no stone unturned in influencing that poll. Does that mean that they will proudly vote for any animal who can bray at PPP? Next general elections will be a great fun.