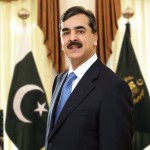 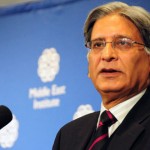 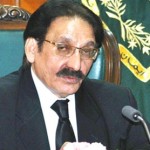 The Supreme Court had another hearing on the long-drawn Prime Minister (PM) disqualification saga.  After having being convicted of contempt of court, for not following up with Court’s order. PM Yousaf Raza Gilani was referred to the speaker of the house. If the speaker of the house under Articles 63(2)  of the constitution of Pakistan found a reason arisen which may question the membership of the PM (or any member of Parliament), she may refer the case to Election Commission (EC). If the case is sent to EC, the commissioner is then expected to decide if disqualification applies. Factors leading to disqualification are highlighted in Article 62(1).

The Speaker in her capacity as stated in the Constitution, decided that 63(1) does not apply to the conviction of PM. In that she had two questions – was any of sub articles of 63(1) (a-m) likely to be operative here and if so, were they in fact operative so as to rise a ‘questioning’ of the membership of the PM. The speaker decided no such question arose. The likely operative sub articles are 63(1) (g) and (h).

63(1) (h) automatically didn’t apply as the tenure of imprisonment for the PM was not 2 years. speaker decided none of the conditions Article 63(1)(g) apply.

The point of law that is being decided in the Supreme Court is the question as to the decision of the Speaker, whether she decides to refer a member to EC or not, is that decision capable of being questioned in the court of law.

The heart of the issue then is, is a speaker an administrator whereby the court may exercise their powers of Judicial review, or is the speaker someone whose decisions are not capable of being questioned in the court of law.

In his arguments, the advocate for the Prime Minister, Barrister Aitzaz Ahsan argued that speaker was exercising a quasi-judicial power, as provided by the constitution. That her decision was not open to be questioned in court of law, because if it were, then the constitution would have allowed the courts to make such a decision. The fact that constitution provides the speaker this power, makes it unquestionable, otherwise:

“Exercise of power to disqualify, by any other forum, howsoever high, will make the relevant clauses of the Constitution redundant and redundancy cannot be attributed to the Constitution.”

Another point that strengthens Barrister Ahsan’s argument is Article 69 of the constitution.
Article 69(2) provides:

Thus, by virtue of Article 69 (2), the court is prohibited from questioning the decision of the speaker.

It was was reported in the newspaper that

The chief justice said that in other words she had set aside the judgment of the Supreme Court. “Has she got this power?” he asked Barrister Ahsan who replied in the affirmative.

The Speaker did not set aside the judgement of the Supreme Court. The SC never asked stated that PM was hereby disqualified, nor did speaker state that conviction of the PM was overturned. The Speaker decided, as she was entitled to, that Article 63 (1) apply in this scenario and thus no question arose. In otherwords, conviction was not serious enough to warrant disqualification. This is completely different from overturning a decision. Further one hopes there is misunderstanding and misreporting of Barrister Ahsan’s response, as this looks to negate his earlier arguments.