Governor Punjab Salman Taseer has been assassinated for speaking in support of a christian woman Aasia Bibi, a 45 year old Christian wife and mother who was sentenced to death by hanging in Pakistan for being a Christian on November 8, 2010. This sentence was rendered under the horrendous “Blasphemy Law” which is used against Christians, other religious minorities and even the intra-muslim sects conflicts against each other.

The way religious sects have reacted to his remarks regarding the Blasphemy Law  and which subsequently resulted in his assassination, and the countrywide condoning of this barbaric act by the religious circles accompanied by the meek response of the politicians and the media has proven once again that “Blasphemy Law is untouchable” and even a rational debate will not be tolerated.

The whole development has sealed the fate of poor christian woman Aasia, as it is not possible now for the political leadership to talk sense or make any move to save the life of the innocent Aasia.

The sectarian issue, the death sentence and public response is drawing me back to the 1953.

Then, demands by the anti-Ahmadiyya elements to declare Ahmadis as non-Muslim resulted in the  Anti-Ahmadiyya riots  in West Pakistan.  These riots were concentrated in Punjab as it was facilitated by the officials in Punjab Govt.

The Army was deployed and Martial Law was imposed, Newspapers of Ahmadiyya community were banned and two religious figures were charged for inciting violence against Ahmadiyya community.  They were Abul Aala Maudoodi and Abdul Sattar Khan Niazi and the death senence was passed against them. 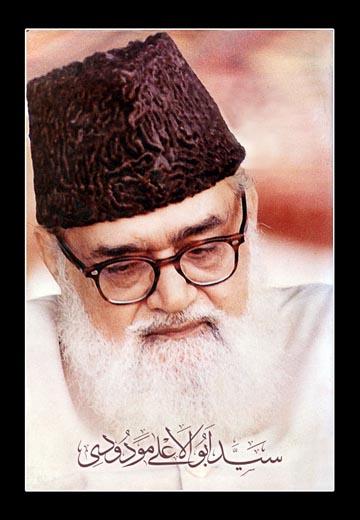 It was a bold move and could have proved to be very effective for the future, but the move was averted due to pressure. The  manner in which this whole act and Maudoodi’s statements were publicized presented clear signs of the emergence of a face for the desired theological narrative of the state. He was known for his relatively moderate social views( though very reactionary political ones) but this was only in comparison to the ultra orthodox Mullahs was more acceptable to the masses and the utilitarian religious interpretations have helped them laying out liaisons with the state.

How this tool proved to be very effective in the coming future is a known fact and is evident with the prominence he achieved in Pakistan and the Muslim world, when he was rendered with the title Of  Imam-ul-Muslimeen in the annual meeting of  Raabta-e-Aalam-e-Islami Saudia Arabia held in January 1974). It is not hard to understand the symbolism of the titled rendered by a Saudi body, at least those who cheered the Freedom Medal delivered to CJ Chauhdry by the Howard University.

The international links of Pakistani religious circles and the massive investments from the brotherly Muslim states can better be understood, when in late 60’s Pakistani religious circles were proud of their associations to Gamal Nasser from one side and King Faisal by the other side. Though the extended Saudi role with the passage of time has superseded all in terms of influence. And others along with the Maudoodi’s party have joined hands with the Saudi Arabia. Mufti Mehmood, leader of deobandi JUI also got together with Rabita-e-Aalam-e-Islami and once the “socialist mullahs” have now established Saudi links, abided by his son with the same sprightliness. The links were paid off  in the Afghan proxy war, and Pakistani state in collaboration with their tested allies have rendered their services to the Billion Dollar Gamble.

But the prominence of these major players cannot undermine other players from the majority Barelvi sect and Shia sect. As they also have joined hands with later ones in every occasion portraying religious zeal, as all have joined hands against Ahmedi sect or other minorities. Though their support to these causes did not materialize in violent militias.

Though Shia sect have attuned itself to the political slogans of Iranian clergy, when they blame US, CIA and Israel for any brutal act of terror against them, the escapist mind have not saved them from violence from the hardcore deobandi elements.

In Aasia Bibi case, once again they have proved it that there is no difference among them different muslims when it comes to prosecution of other minorities and pursuing their own set of delusions and deceptions.

The disastrous consequences of this baneful encompass today have stalked the whole state. And people are loosing faith on it. Now majority of Pakistanis are cheering the assassination of Salman Taseer.This is a  clear invitation to every lunatic monster to come forth and kill another Salman Taseer.

Now if we want to  subvert and thwart the bloodiest legacy of Maudoodi, we should raise our voice. Once the state saved Maudoodi from hanging resulting  in the current state of affairs, Now we can save Aasia BiBi from the death sentence to come out of the riddle.

The writer is a freelance columnist. He can be reached at ubaidharis@gmail.com