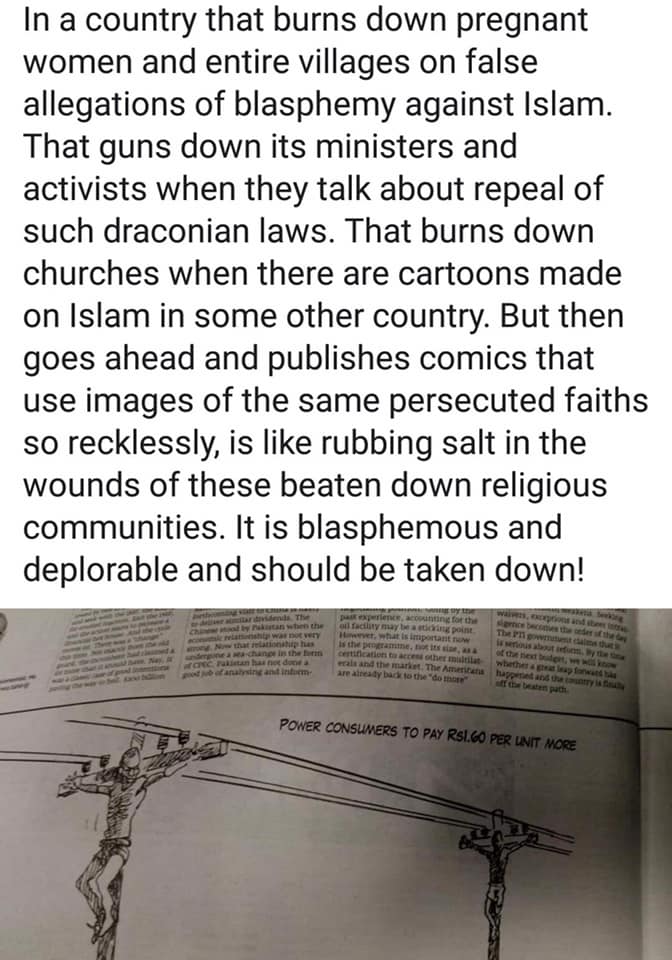 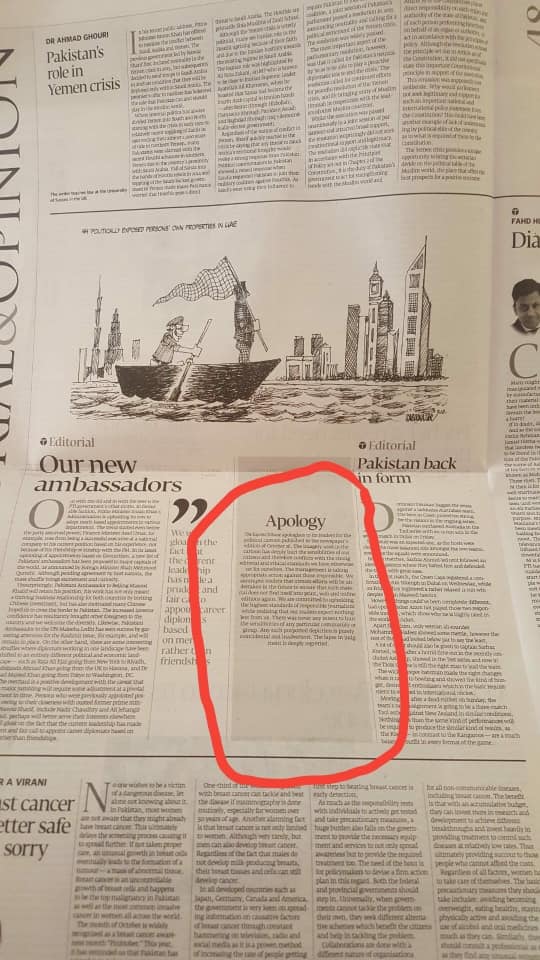 Mocking the faith symbols and icons of communities facing Genocidal violence, selectively going after safe and low hanging fruits, mixing Truth with lies – all these are hallmarks of a typical #CommercialLiberal. Another glaring tell is #ALPS; an Acute Lack of Proportion Syndrome (Copyright Peja Mistry).

One of the most persecuted and marginalised communities in Pakistan are our #Christian brothers and sisters. They are an educated, civil, hardworking and law abiding section of Pakistan. As a faith community, they have contributed disproportionately to all that is GOOD and DECENT about our educational, professional and technical sectors. They are also a vibrant part of our culture.

But Pakistan’s commercial liberals are only interested in selling the blood of oppressed communities. They have no respect for their faith because mocking Christian beliefs in Pakistan is far easier than going after Saudi-sponsored “Reform” Cults.

In the case of Syria, Pakistan’s commercial liberals and boutique leftists either maintained a tacit approval for the Saudi-US-Israel-EU-Turkey project of backing #AlQaeda/#ISIS. Or they went a step further and peddled the Jamaat e Islami and Sipah Sahaba line.

We know that since the beginning of the foreign interventionist proxy war unleashed against the secular Syrian government, Pakistan’s commercial liberals toed the Riyadh/DC line. As they always do. This proxy war devastated the vibrant and the oldest surviving Christian communities of Syria which has been protected by the Assad government.

But the same Pakistani commercial liberals who goaded Salman Taseer to his death could not care two hoots about the existential crisis faced by Christians. After all, how often have they bothered to remember #AsiaBibi?

No, these liberal sellouts and elites were too busy virtue Signalling and peddling Pro Al Qaeda propaganda sourced from Salafi auxiliaries like the dubious #WhiteHelmets. In effect, they were cheering the destruction of the ancient Christian communities of #Syria.

Therefore, we should not be surprised to see these liberals mocking the Crucifixion in their cartoons. After all, the same commercial liberals tacitly support the Saudi Crucifixion of #SheikhNimr. You will not see them mocking Tahir Ashrafi, Ludhianvi, Aurangzeb Farooqi or Muavia Tariq.