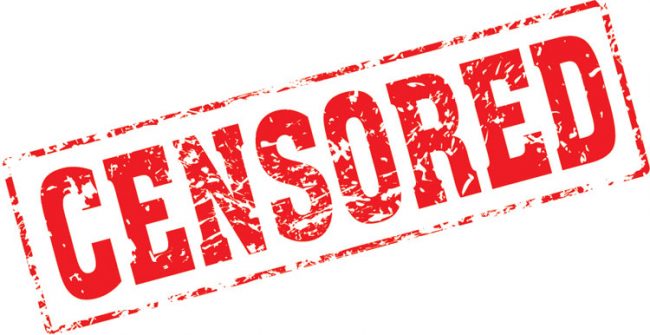 “In a time of deceit telling the truth is a revolutionary act.” ― George Orwell

“The Press in Chains” by Zamir Niazi desperately needs an updated edition. In the midst of enforced disappearances, Takfiri violence and an economic meltdown, Pakistan desperately needs a vibrant press. In the past and even presently, the press in Pakistan has always faced pressure from the civil-military bureaucracy. It has not fared much better during civilian governments either.

The greatest threat to media freedom comes in Pakistan comes from within. At no time in Pakistan’s history has our media become as compromised and as beholden to corporate, foreign and security state interests as it is today. It is not just the right wing Urdu media press that is compromised in this regard; it is also the English media press that is dominated by commercial liberals and the boutique left that actively obfuscates issues.

Through its networks of financial patronage, the press actively subverts free speech. It applies its selective lens to issues and ensures that its domination does not allow for any dissenting voices. It is far easier to face external pressures that seek to oppress free speech and the media. But how does one confront the cancer from within?

The most recent examples of this subversion is a selective campaign that is being conducted to protect the prestige of Saleem Safi. While the abuse against Saleem Safi for his tilted reporting in favour Nawaz Sharif is condemnable, the campaign in his favour does not provide any context of how things reached this point.

For months, Saleem Safi has been running a vicious sectarian campaign against some members of the PTI leadership. Safi’s disgusting tactic revolves around equating the Shia Muslim identity of senior PTI leadership with that of being stooges of Iran. This is a typical tactic that paints a target on those Shia Muslim members of PTI who are the target of Safi’s campaign. These tactics are part of the Sipah Sahaba playbook and represents their justifications for the ongoing targeting of Shia Muslims all over Pakistan. Saleem Safi is providing material for incitement that has already been picked up by the Sipah Sahaba as reflected in Aurangzeb Farooqi’s statement with regard to Arif Alvi.

Sadly, those commercial liberals who are supporting Safi have not provided any of this background. Some of them are known for their sectarian bias and their selective journalism. For instance, many of them have obfuscated on both the faith identity of the victims as well as that of the perpetrators. This is an example of the subversion where the media itself has damaged free speech.

While using euphemisms for the security establishment, the Media does not even bother to highlight which groups dominate terrorism in Pakistan. Instead some of them line up to support journalists like Saleem Safi who signal further incitement material against their political; signaling that includes sectarian bigotry.

It is rare to impossible for Pakistan’s media to talk clearly about the security establishment, Takfiri terrorists, foreign interests and right wing political parties. This censorship is not just based on external pressures but corporate interests and sectarian prejudices. Until this issues can be talked about freely, it is pointless to selectively lecture about the obvious reasons for lack of freedom of expression. After all, it is this selectively hypocrisy that is the cancer against free speech.