Home  »  Original Articles   »   #RussiaBashing : A common tactic by Pakistani and US Elites 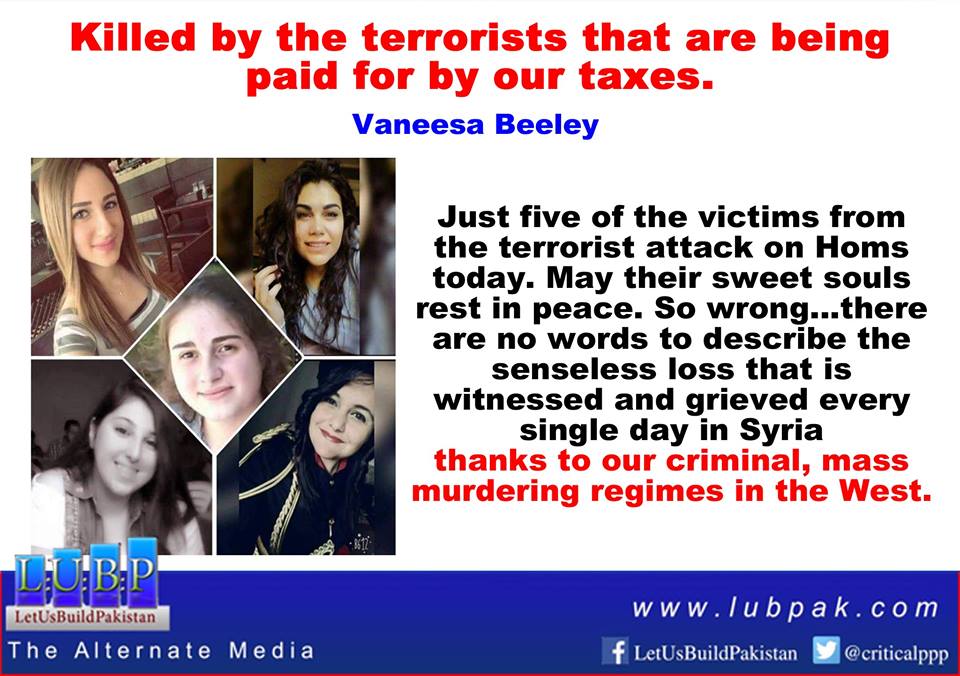 In Pakistan, anyone who came out and opposed the policy of Jihadi proxies which were mainstreamed by Military dictator General Zia ul Haq, was quickly attacked as an Iranian fifth columnist, a RAW agent and a Soviet sympathiser. Benazir Bhutto, whose mother was Iranian, is the most prominent example of these vicious attacks.

We have all seen the clips of Saudi stooge Nawaz Sharif viciously attacking and abusing Benazir and her dead father and labelling them as enemies of the State. Benazir Bhutto opposed Pakistan’s WSD Jihadist intervention in Afghanistan and was always trying to sidestep and restrain Zia-Remnants like Nawaz Sharif who dominate the local establishment. For this, she paid the ultimate price in 2007.

Similarly, Red bashing and Red Baiting have remained fashionable tactics in the US and McCarthyism has been resurrected in order to excuse the loss of an entitlement, Neocon candidate to another unfit moronic candidate. The main difference in the two candidates is that 2016’s electoral victor simply lacks the intelligence required to mask the ugliness of Neoconservative foreign policy and Neoliberal domestic policies.

Instead of actually resisting Trump on immigration, health, the economy and foreign policy, his opponents have taken the lazy and dishonest route of Russia bashing. The Democrats have actually supported Trump’s Hawkish agenda, continued increase in military spending and the extension of extra Constitutional executive powers wrt surveillance and detention.

Here is a quote from Caitlin’s most recent article which resonates with so many of us across from globe.
———-
Threads of the Establishment’s Russia narrative Trace back to Neoconservative Think Tanks – By #CaitlinJohnstone

Excerpt from the article:

“Do you want to know the secret for 100 percent guaranteeing that you will always be on the right side of history in every single foreign policy debate? It takes three very simple steps:

Step One: Pick any disputed issue of foreign policy.

Step Two: Find out what the dominant neoconservative think tanks are saying about it.

Step Three: Advocate the exact opposite position with confidence and authority.

It will work every single time. Neoconservative thought leaders like Bill Kristol have been on the wrong side of history on every single controversial foreign policy issue without exception and have been a driving force behind every disastrous US military intervention in recent memory. The military violence they push for at every opportunity never, ever plays out how they say it will and never accomplishes what they claim it will accomplish, and every single time they blame the failure of the actions they advocated on poor execution by whatever leadership happened to have been in place at the time.

It’s become such a widely recognized phenomenon that even Fox’s Tucker Carlson suggested to neocon Max Boot in a July interview that he “choose a different profession. Selling insurance. House painting. Something you’re good at.” These people are always wrong, always destructive, and always, always employed. If you love being perpetually wrong and well-paid, become a neocon pundit.

A couple of interesting articles have come out recently which highlight the extremely uncomfortable reality that it is impossible to shake a stick at the establishment Russia narrative without hitting a warmongering neoconservative think tank. Given that these people are so consistently wrong about everything, the fact that they are playing an instrumental role in manufacturing support for new cold war escalations with a nuclear superpower should make everyone a lot less eager to swallow the establishment narrative about what’s going on with Russia.”