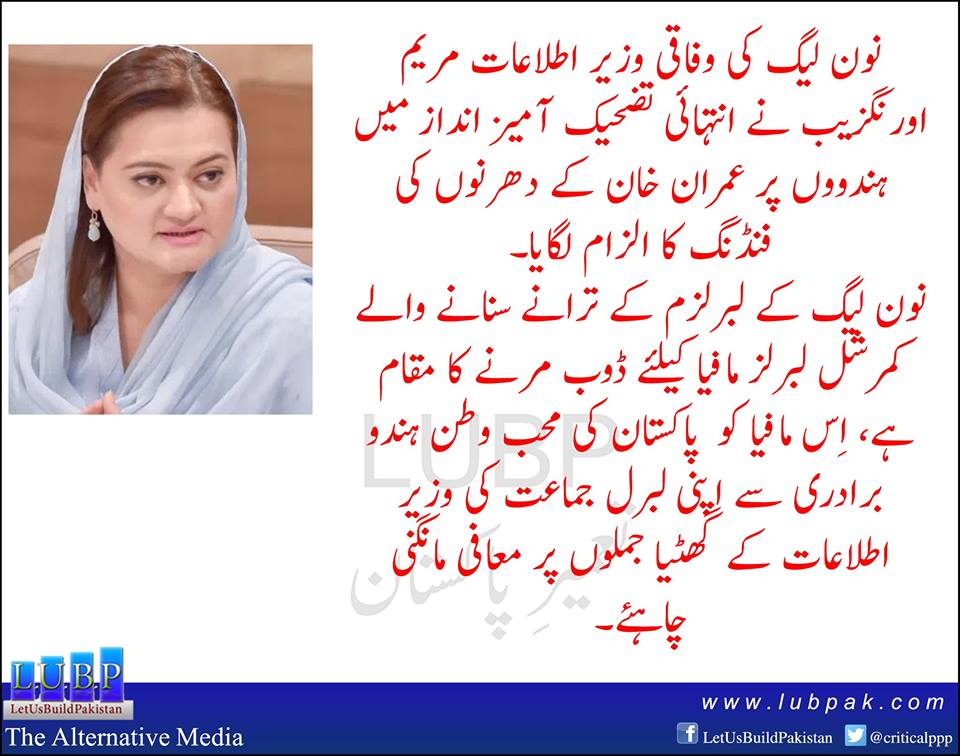 Mariam Aurangzeb attacked political opponent Imran Khan as a “sellout to Hindu and Jewish money”. This is bigotry on the part of PML N’s Ms Aurangzeb, plain and simple.

For Pakistan’s Jejune liberals, even Deobandi hate mongers like Tahir Ashrafi are “liberals” because when Tahir Ashrafi spews hatred against Pakistan’s Christian, Ahmadi and Shias, he has fortified himself with a few shots of smuggled whiskey.

For Pakistan’s Deobandi commercial liberals like NFP, alcoholism is synonymous with being liberal.

Last month, it was Nawaz Sharif’s kept 50 year old son-in-law and “leader” of PML N’s youth wing who was inciting hatred against minorities from the floor of the parliament. It was son-in-law Captain Safdar who was PML N’a liaison with Khadim Rizvi.

Now it is PML N’s “Information minister” and author of the controversial Internet censorship bill who is hurling #AntiHindu and #AntiSemetic epithets against PML N’s political opponents.

The whole world knows that her boss Nawaz Sharif is on the Saudi payroll.