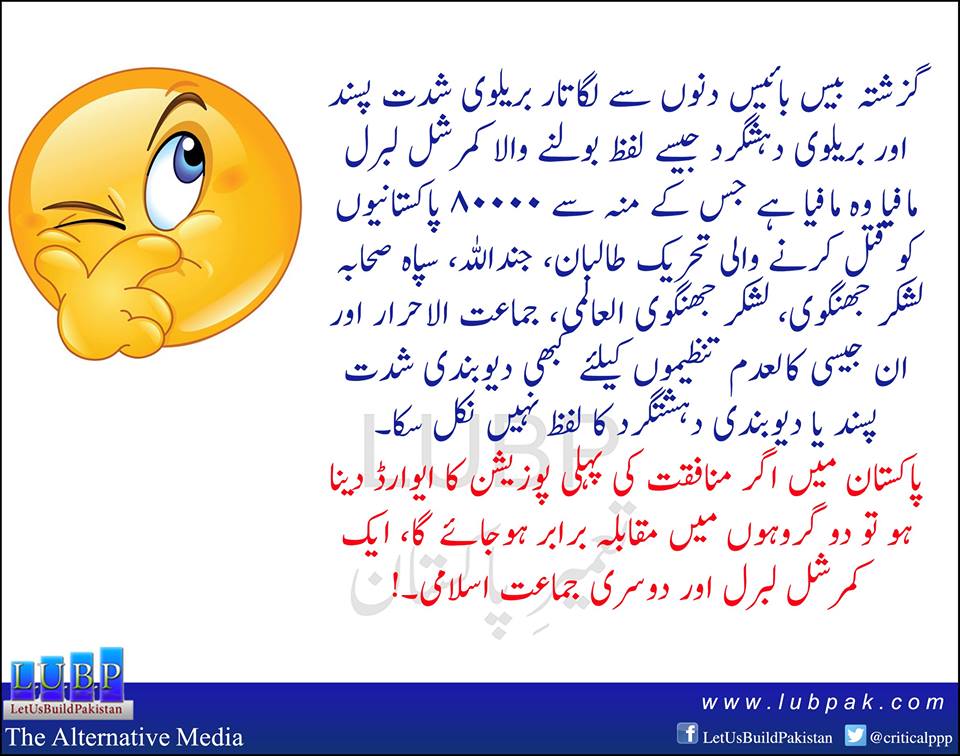 It is interesting that the intelligentsia and the anchors that never take umbrage when the public places in Islamabad and other cities reverberate with the chants of ‘Shia Kafir’ (and thus fair game to kill) seem irreparably offended by the language of Khadim Hussain Rizvi. (Shouldn’t all wrongs be judged equally?)

The language used by Kadim Hussain Rizvi is nothing unique. The great oratorical saint patron, Ata Ullah Shah Bukhari, who is loved by Deobandis, was equally unsparing in the use of his language.
The language Jhangvi used and the SSP and its offshoots use is known to anyone who cares.

Many Shia Zakirs, some of them very famous, profusely use language that is hurtful to the majority population.

Ehsan Elahi Zaheer was a great believer in the freedom of his own expression.

The main issue seems to be the assertiveness of Barelvis. Long hounded by the official patronage of Deobandis and eclipsed by better organized and more assertive minorities like Shias and Ahl e Hadith the Barelvis now are now basking in their new-found confidence. Hopefully, the ‘establishment’ will acknowledge their firepower and nurture allies among them. It is but a natural denouement of what has been taking place since 1977 and complements the conundrum called Pakistan’s ideology.