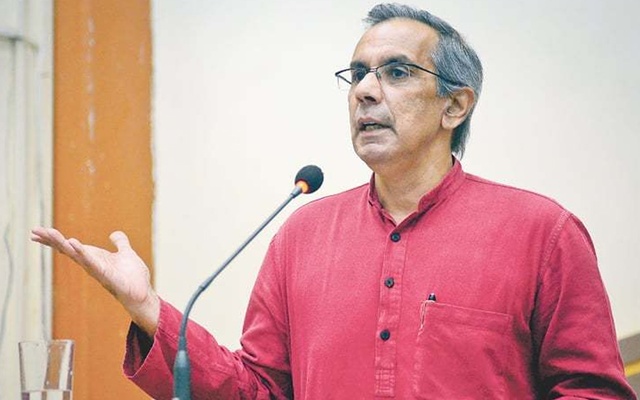 Columbia and Karachi university political economist S Akbar Zaidi has contended that Pakistan will become a colony of China once the CPEC corridor is implemented.

In a lecture entitled “Has China taken over Pakistan” at the think tank Calcutta Research Group on Friday night, Zaidi said the CPEC initiative is the most discussed but the least transparent of the foreign initiative in contemporary Pakistan.

“It is indeed a game changer, but not in the way our ruling classes have projected it to be. It will enslave Pakistan and undermine its sovereignty,” Zaidi said.

Zaidi’s many books, especially “Military Civil Society and democratisation in Pakistan” and ” Issues in Pakistan’s Economy”, have won him acclaim on the world stage.

Talking about the CPEC corridor, Zaidi said: “It is a part of China’s OBOR initiative to expand its influence in the world and Pakistan is just the geographical space used by Beijing to reach the warm waters of the Persian Gulf. But in the process, Beijing blueprint will ensure complete control over Pakistan.”

Zaidi quoted Senator Tahir Mashhadi, chairman of the standing committee on planning and development, who had described the CPEC corridor as the advent of “another East India Company is in the offing.”

The most dangerous fallout of the CPEC corridor, he said, would be that Pakistan’s foreign relations, especially those with India, will be determined by the Chinese.

“Pakistan’s obsession with China and CPEC will prevent any rapprochement between India and Pakistan unless the Chinese themselves initiate such a process and that they would do only if that fits into their grand design in the region. With China taking over Pakistan, providing it with undisclosed amount of investments, any argument of increasing trade and economic cooperation between India and Pakistan lose out completely.”

Zaidi blamed the Pakistani ruling classes for leading the country down the path of enslavement.

“Our ruling classes, especially the military, have first lived with the influence of US imperialism, then allowed unusual degree of Saudi intrusion in domestic, cultural and social affairs. Now they have prostrated themselves before Chinese imperial designs. Pakistan will temporarily gain from Chinese investment in infrastructure and connectivity, and some jobs may be created, and we may gain in power generation.

“But we should not forget how Chinese investments turned sour in Sri Lanka, Tajikistan and several parts of Africa. In both Sri Lanka and Tajikistan, with rising costs and debts , large swathes of land had to be handed over to the Chinese to make up for unpaid funds. There are good reasons to fear that Pakistan could be reduced to being a vassal state. ”

He said Pakistan should learn from the way Bangladesh has dealt with the Chinese.

“Bangladesh accept Chinese investments but on its own terms. They insist that Chinese companies should adhere to environmental norms which they are so prone to flout. Bangladesh has also not accepted Chinese conditions like deployment of its own labour force which Pakistan failed to resist.”Zaidi said that the government has not clarified what will the CPEC cost now and in years to come.

“Whatever little we have learnt is from media leaks. Islamabad will reportedly award contracts for all CPEC projects to the Chinese, who may or may not partner with local firms, and may or may not, procure material from local manufacturers. They will get special incentives, not available to local Pakistani firms.  It is also not clear what will happen to the tens of thousands of people displaced by the CPEC projects.”

“That means the views of other ethnicities who will be affected by the CPEC corridor will not be taken into account,” he said.

“Can you believe we now have a Chinese language paper in Islamabad with 5000 readers,” Zaidi quipped.

On the future of India-Pakistan relations, Zaidi was not pessimistic.

“Many Pakistanis, especially the young lot, appears keen on friendship with India .  There is great demand of Indian entertainment content in Pakistan, but possibly cricket can play the most important role. Indo-Pak relations significantly improved following India’s tour of Pakistan in 2003, but that changed after the 2008 Mumbai attack. Even at this juncture, resumption of Indo-Pak cricket series can be the best starting point.”

“Nepal is also engaging more with China but we need to learn from the Chinese experience in other countries like Sri Lanka and Bangladesh, but we need to avoid what is happening in Pakistan,” he said.

Dixit however blamed India for economic blockades that he argued has driven Nepal closer to China.

He alleged Pushp Kamal Dahal in his last days as Prime Minister has gifted away the contract for the largest hydroelectric project in Nepal to the Chinese without any bidding.

“Nepal should resist such lack of transparency at all costs. We need to learn how to deal with the Chinese. When there is an Indian blockade, I can write in Indian media and hit out hard and my articles are carried. Can I do that in Chinese media if their government does something against Nepal!”