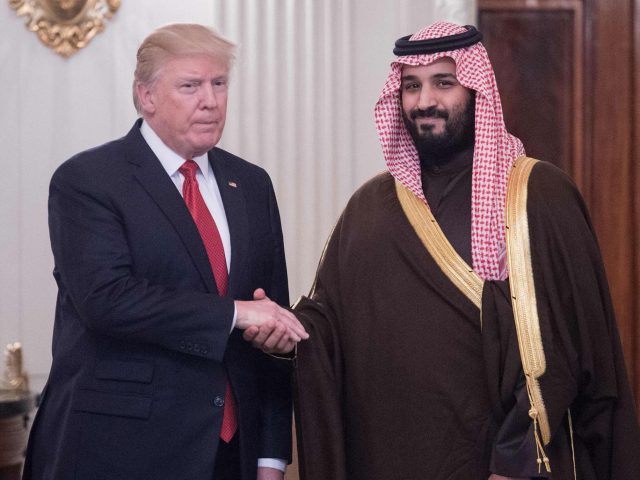 Some of my esteemed and respectable friends are understandably aghast at Trump’s fawning over the Saudis. I would urge them to see the larger picture that as far as #SaudiArabia is concerned, both #Republicans and #Democrats are united in their subservience to Saudi interests and their pathological instinct to set the Middle East on fire.

#Trump is a symptom of US politics. Lets be clear that both sides of the aisle support the Saudis. McCain, Lindsey, Howard Dean and Hillary Clinton are all fully supportive of Saudi Arabia; even thought the more intelligent ones like Hillary are also aware that Saudi Arabia, Qatar and Turkey are the creators of Al Qaeda and ISIS. Trump is doing what any other US president would have done. Saudi Arabia and Israel are two long standing US allies in the region.

It is now obvious that US opposition to Al Qaeda and ISIS is as real as Pakistani Generals and Nawaz Sharif is to their various Deobandi and Salafi Jihadist proxies.

Islamophobia is always a troubling concept. How can one be phobic to an idea, a belief system. Yes, there is phobia against Muslims but is it worse that what Shias, Sufi Sunnis, Christians, Druze, Ezidis etc have to face from Salafists constantly across vast parts of Asia, African and now Europe and Australia.
Trump and his team are building on the $100 billion arms deals of US weapons that were started under former president Obama’s reign and will be used by Al Qaeda and ISIS and by the Saudis to bomb Yemeni kids.

For these $100-300 billion dollar arms deals, the US will do the bidding of Saudi Arabia and support Al Qaeda and ISIS to destroy secular countries like Syria. The US-Saudi-Ikhwan-Al Qaeda partnership has already destroyed Libya and who can forget the horrifying triumphalist cackle by Hillary Clinton “We came, we saw, he Died”.

The rest are details. But when it comes to supporting Saudi Arabia/Qatar/Israel/Turkey/Al Qaeda/ISIS against Syria/Russia/Iran, US foreign policy is now unified, barring a few inconsequential dissidents.

Trump’s advisor will write a speech where he will lambast Iran for being the sponsor of “Shia terrorism” while lauding and appreciating the role of Saudi Arabia. It makes no sense but when has it…

Trump’s speech will NOT be a departure from official US foreign policy. It is now clear to anyone but the wilfully obtuse that for whatever reasons, the United States is clearly batting for the same Al Qaeda and its offshoot ISIS that committed 9/11 16 years ago. And that subsequent attacks on the US and European homeland such as Fort Hood, Boston Marathon, 7/7, San Bernardino, Paris (multiple times) were ALL committed by Salafi and Deobandis who were incited by a Saudi-sponsored doctrinaire.

Obama displayed a tiny bit more restraint and always provided much more intelligent rhetoric than the ridiculous Trump. Hillary would have shown far lesser restraint in foreign policy and would have justified it much more intelligently than Trump.
The fact that there is an uproar in US mainstream media about a US president sharing a likely terrorist attack by ISIS against Russia speaks volumes. It means that for US mainstream opinion, the success of ISIS and the destruction of Russia are the preferred goals

The saving grace of the United States will be that hopefully one day, its cherished and appreciated principle of Freedom of Speech will lead to a redemption from this disastrous foreign policy.