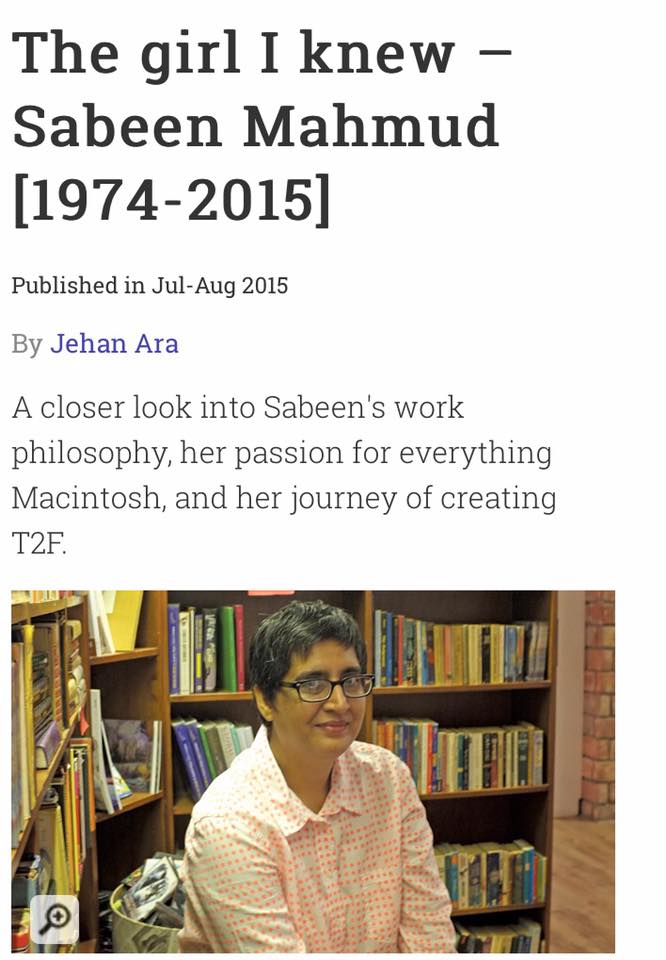 Terrorists affiliated with Deobandi hate group ASWJ-LeJ and Salafi Al Qaeda/ISIS murdered 3 individuals whose activism, musical talent and academic contributions stood in the way of Bigotry and Fascism. Sabeen Mahmud (April 2015), Khurram Zaki (May 2016) and Amjad Sabri (June 2016) were murdered by these cowardly terrorists. All three of them were around 40 years old and between them, they had a combined 100 years of greatness to offer to Pakistan. These hate mongering terrorists not only took their lives – they deprived Pakistan and the world of 3 rare talented, selfless souls.

To add insult to injury, a certain section of Pakistan’s Neoliberals ran a coordinated campaign to absolve the bigots and cowards who shot her dead in front of her mother. Within hours of the incident, the used her murder to buttress their token activism of the Baloch nationalist cause. This dishonesty was a disservice not only to Sabeen but also to the Baloch cause. This dishonest campaign was also part of a long standing strategy by Pakistani liberals to deflect criticism away from the violent Deobandi movement that has claimed the lives of 70,000 Pakistanis. Beneath their thinly disguised veneer, most Pakistani liberals are simply a softer face for frothing Jhangvis and self righteous Jamaatis.

The evidence proved them wrong as it emerged that Saad Aziz and his other Al Qaeda/ISIS/ASWJ-LeJ gang cowardly murdered Sabeen in cold blood. Just as other ASWJ-LeJ cells murdered Khurram Zaki and Sabri.