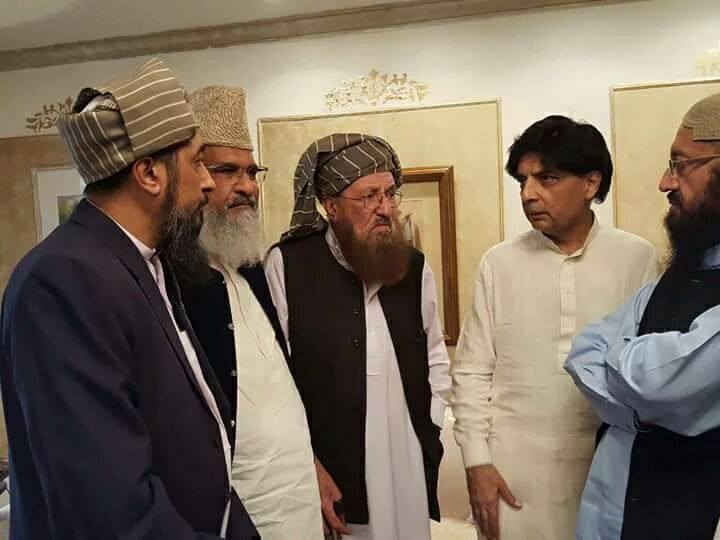 Pakistan’s popular Sufi Mauseleum of Lal Shahbaaz Qalander has been attacked by Deobandi terrorists. This is the 5th suicide attack in Pakistan within the last three days alone. Over 150 people are feared to have been killed and critically injured.

I am asked in private and in public why I am so repetitively critical of Deobandi terrorists and their government, judiciary, army, media and fake liberal apologists who continue to misrepresent this catastrophe. If the answer is not obvious, then one is being willfully obtuse.

There will be numerous excuses provided as well as False Equations drawn. For instance, many liberal champions of Pakistan will echo Jamaat e. Islami and blame the Sunni Barelvis, Shias and Hindus who comprise the victims in this blast. There will be the typically pathetic attempts (like Ken Roth of #HRW) to blame Syria and Iran even though neither has anything to do with this.

Missing from the vague and defective analysis will be the Deobandi cult identity of the terrorists. Also missing will be any real criticism of the ruling PML N government and any mention of the current Army chief. Any mention of KSA and other Gulf countries that provide hundreds of millions to the Deobandi madrasah nexus will also be studiously avoided unless Iran is lumped with them. Apologists and courtiers like Hamid Mir, Najam Sethi, Ansar Abbasi, Cyril Almeida- and Orya Maqbool Jan will be allowed to peddle their lies as they provide cover to the parent Deobandi groups like JUI and ASWJ-LeJ who in turn provide the infrastructure of terrorism in Pakistan, India and Afghanistan. PML N and its Interior Minister who are the chief patrons of the Deobandi terrorist leadership in Pakistan will continue to be absolved.

Many (not all ) of same liberals who were jumping up and down in (justifiably) condemning jokers like Aamir Liaquat Hussain will never muster the proportionate criticism against Deobandi hate mongers and terrorists for far worst acts like the carnage today. One is tired of qualifying Pakistani “liberals” with mild tags like “Sufyani” “fake” “commercial” for their serial dishonesty, hypocrisy and misrepresentations. It is time to accept the fact that liberalism itself has been co opted and NGO-ised to provide indirect support and deflection for terrorists and their patrons.

Sufi shrines like the Mausoleum of Lal Shahbaaz Qalandar have been traditional sanctuaries for the marginalized, oppressed and dispossessed sections of society. In Pakistan, Sufi Shrines like that o Lal Shahbaaz Qalandar welcome LGBT communities even as they are denied their rights in societies. During the 1980s and in the darkest days of the Martial Law Regime of General Zia ul Haq, Sufi shrines afforded protection to pro democracy activists. Along with Imambargahs, they also welcome people from other sects and faiths and it is not uncommon to find Sunnis, Shias and Hindus side by side in these shrines. This attack by Deobandi terrorists affiliated with ISIS is an attack on the very soul of South Asian civilisation.