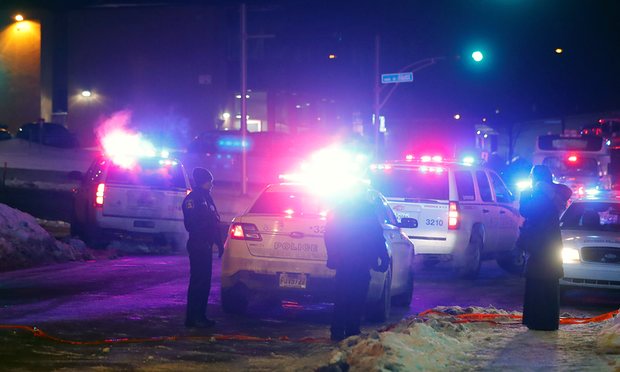 In the last decade, hundreds of Sunni-Sufi and Shia mosques have been attacked with the same MO in Iraq, Pakistan, Syria, Yemen, Iran, Nigeria, KSA and Kuwait. Without fail, 9 times out of 10 or more, the perps have invariably been Salafis and Deobandis.

Attacking people inside mosques while they are engaged in prayer has been the Khawarij tradition since they martyred Imam Ali by fatally wounding him while he was praying.

And we all know the hatred and discomfort felt by Salafis and Deobandis at the very mention of Imam Ali (as) and his father Hazrat Abu Talib. Both father and son sacrificed their everything to protect the Holy Prophet (PBUH). They protected him who established prayer.

To understand the psyche of Salafi and Deobandi terrorists and the empirical trend of their attacks on mosques, it is important to highlight their belief system.

It is early to establish with certainty who committed this terrorist attack in Quebec City but all signs point towards the fanatics bred by Saudis worldwide.