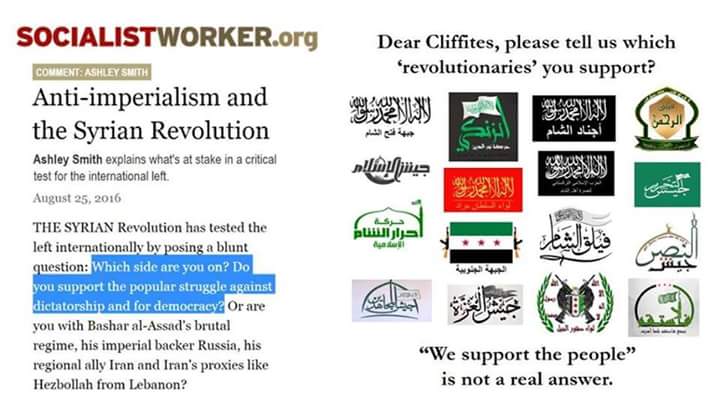 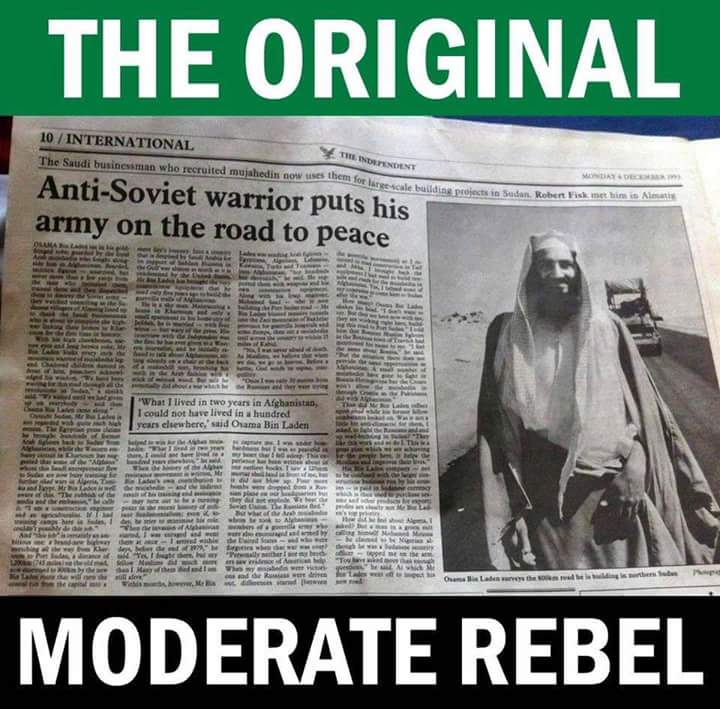 This was a passage from an article in the Socialist Worker. Which is titled Anti Imperialism and the Syrian Revolution. In which described why the left should support the so called “Syrian Revolution” to bring democracy to Syria and to remove a dictator and to oppose “Russian aggression” and for the international left to. Oppose intervention by any of the imperialist and regional powers and to reject the tyranny of the “Assad regime”.

How they can even call themselves anti imperialist. While at the same supporting some phoney western inspired colour revolution and the so called rebels. Who are nothing more than a band of terrorists and mercenaries is nothing more than hypocrisy. As they are just supporting foreign intervention in Syria and acting as stooges of US and regional imperialism themselves.

They also asked the question what side are you on. Well Socialist worker I’ am certainly not on the side of western imperialism and false revolution and supporting a band of so called freedom fighters (terrorists) like you are. I support the legitimate Syrian government and the Syrian people in their ongoing fight against the hordes of western and gulf backed terrorists that have invaded Syria and have wreaked havoc. As well as the Syrian president fight against the foreign powers who are attempting to overthrow him.

Yet again these so called leftists groups taking the side of imperialism.