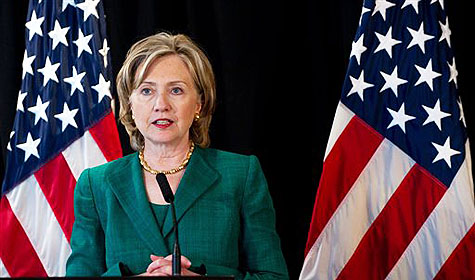 Recent revelations via email leaks have exposed the rampant corruption and Pro-Hillary nepotism of the DNC. This should have been an occasion for circumspection within the ranks of the supporters of the Democratic establishment. There should have been a swift audit that accounted for the unethical practices of the DNC heads lead by Debbie Wasserman Shultz.

instead most of what we have seen so far is establishment Democrats engaging in the most petty and xenophobic conspiracy theories. “it’s a Russian conspiracy”!

Get over it. Cyber hacking and warfare is not Halal when the U.S. is installing bugs in other countries nuclear defence systems and Haram when other countries expose the corruption and nepotism within a US electoral system. If these revelations of Clinton’s former campaign manager and current “honorary” member misusing party resources to manipulate the electoral system were a surprise to anyone that please, either grow up or get some counselling.

I have not seen more pathetic apologist behaviour even amongst the extremist supporters of Pakistan’s Saudi stooge Prime Minister and caliph-in-waiting Nawaz Sharif.

Rather than clearing house and averting a November disaster, the Democratic establishment continues to justify Clinton Cronyism vis-a-via their trusted insider DWS.

The Democratic Party has already lost the House, State legislatures and Governorships to the GOP and in what should have been a sure fire victory under a more genuine progressive, they could even lose the White House. The disappointing surrender by Sanders and Warren might not be enough to sway an increasingly disenchanted youth vote bank and Clinton may lose to Trump!

In all this, I see little introspection and protest by Dems on what could have been under a more transparent and neutral DNC. Would Sanders have lost the crucial states of NY and California if the DNC had not been working overtime to undermine Sanders and consistently spread the message that his entire campaign was a hopeless one.