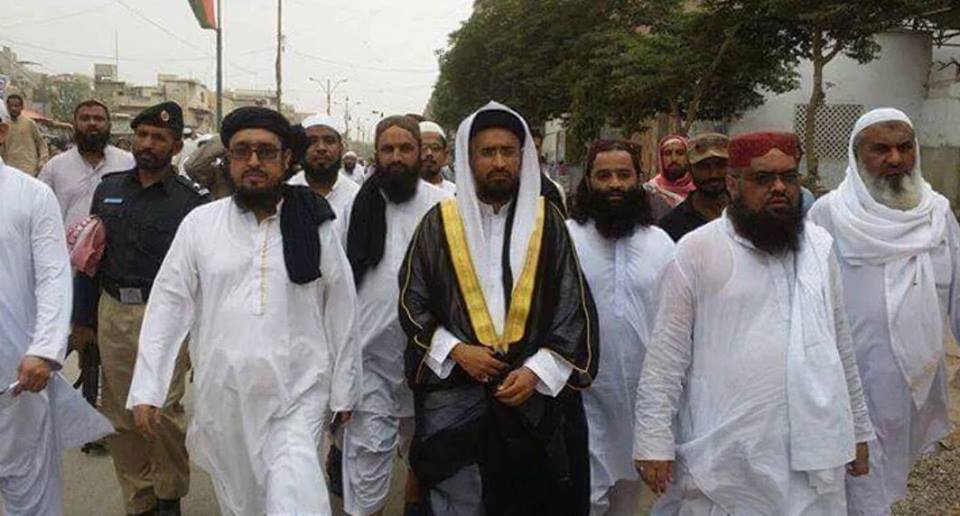 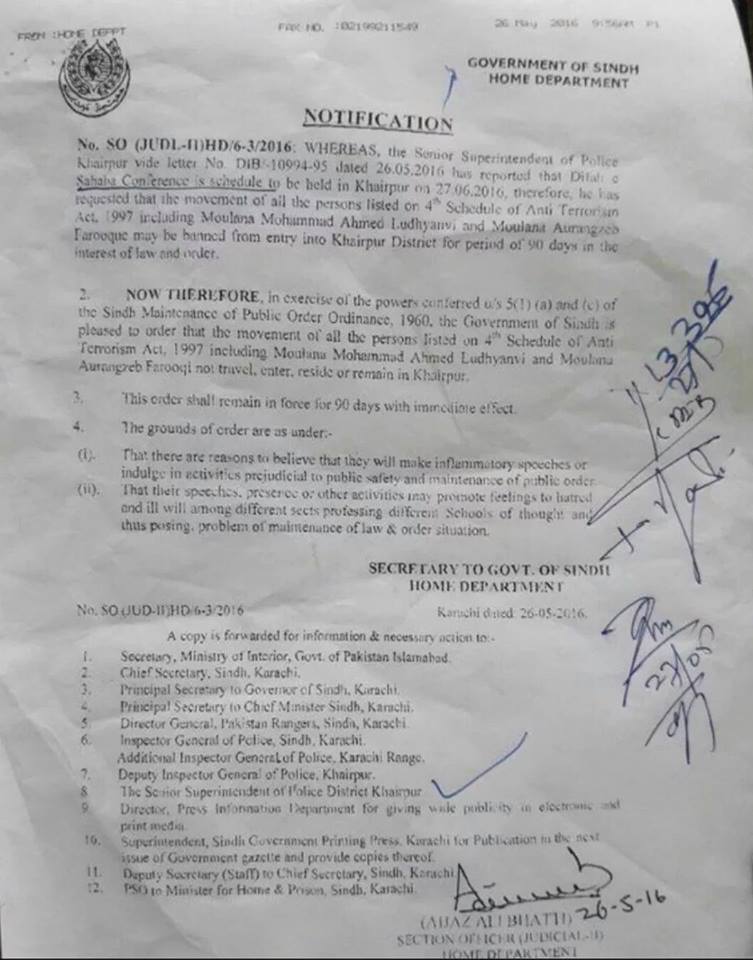 Shameful for Sindh government led by a secular center left political party.My question is that whether banned ‪#‎ASWJ‬ is conducting all such rallies without consent of Bootwalas whose interests are being protected through Pakistan Rangers in Karachi and all over Sindh. ASWJ is in alliance with so called jihadi organization Jamat-ud-Dawa led by Hafiz Saeed another brainchild of Bootwalas. Is this alliance between a Takfiri fascist sectarian ASWJ and strategic assest of bootwalas JuD is with consent of Bootwalas or not? Is it without consent of Bootwalas then Arif Jamal says right that in future darling of military junta JUD will bemore dangerous for Pakistan.

COAS is not interested to exert pressure on provincial and federal authorities to implement a real ban on Takfiri fascist in Pakistan.Some our buddies insist that only Afghanistan desk in ISI is creating problems and COAS or military establishment is not intrested in strategic depth or Jihadi proxies. This is naked lie and in fact such things are saying those persons who are followers of shiite or sufi sunni right wing religious parties like MWM , Sunni Itehad council , TJ or they are impressed by so called revolt phrasing by some masked persons likeFaisal Raza Abidi , Jibran Nasir and others. Military Establishment is using ASWJ , JUD and other pro Jihadis and Takfiri organizations as their helping arms in Baluchistan,Gilgit Baltistan.

My case is that we should not see towards bootwalas and we should not run image building campaign for Military junta like “Shukaria Raheel Sharif or we should pose him as emanicpator but we should build a strong public resistance front against Takfiri Fascism and its sympathisers and its supports.

I think under banner of center right wing shiite religious parties or Barelvis parties there can not be build any consolidated strong resistance movement against takfirism.center right religious leadership of Shiite and Sufi Sunnis are not able to talk boldly on so called strategic depthpolicy and adventure of military junta in Balochistan.Their stance on many issues including Baloch Question and internal displaced population etc are dubious and in many ways follow line of Bootwals which allows genocide of Baloch and exploitstion of small national ethnic groups in the name of integrity of state.These are serious issues on which youth of Shiite and Sufi Sunnis seriously think.